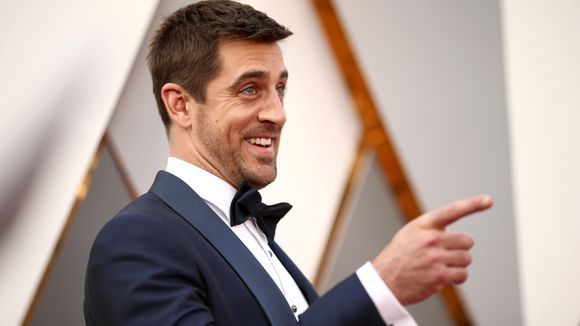 Danica Patrick’s heart is racing for Aaron Rodgers.Patrick, a Chicago Bears fan, confirmed Monday she is dating the Green Bay Packers quarterback. “Yes, Aaron and I are dating,” Patrick told The Associated Press.

Rodgers split from actress Olivia Munn in 2017 after a three-year relationship. Patrick in late November ended a five-year relationship with fellow NASCAR driver Ricky Stenhouse Jr. Patrick and Rodgers have been linked romantically since the start of the new year, right before Patrick began promoting her new fitness book. She told the AP the two first met at The ESPYS in 2012 and that despite her allegiance to the rival Bears, “I told him a long time ago I’d always root for him as a player.

“Now I am probably going to cheer for the whole team,” she added. “Take out the word ‘probably.’ Now I’m going to cheer for the whole team.” Patrick is shifting her career off the racetrack and into the business of her personal brand. She’d like to close her racing career by competing at next month’s Daytona 500 and the Indianapolis 500 in late May, a farewell she has dubbed “The Danica Double.” – H/T ESPN

Well, this might not be the news Packers faithful exactly wants to hear. A tied down Aaron Rodgers is famously known for not winning Super Bowls. Single Aaron Rodgers was on fire this year poised for another late postseason run until a broken collarbone ended that set of hopes and dreams.

There are two wrinkles to this. First off, Danica is hot but she’s not dime status. Sure maybe 5-10 years ago you could have argued it, but is she the best Aaron Rodgers, best QB in the NFL can do? Of course not. She’s a long ways down that list. That’s purely on looks though and I think that might be a little more of an indication of what type of relationship this is going to be.

Which leads to the second wrinkle. the whole reason for the bad vibes and ultimate demise that surrounded Aaron Rodgers relationship with Olivia Munn was the dysfunction it brought about with his family. For years it was reported that Munn and Rodgers’ family didn’t exactly see eye to eye. To the point that Rodgers reportedly went years barely speaking to his family because of Yoko Munn. Munn was an A-lister with that mentality. In the prime of her career and at her peek attractiveness. She knew what she had and she knew how to wield that power. Danica is simply at a different stage of life. A stage that could be much more beneficial to Rogers career and success.

Danica is winding down her career. This will be her last year behind the wheel. As the first real professional woman race car driver, shes made plenty of money for plenty of lifetimes. But she’s ready to hang them up and live as normal of a life as she can. That might just be what Aaron Rodgers needs. A girl, still with great looks, who knows what it’s been like to be in the spotlight. But a girl that’s a girl next door type. A down the block American Sweetheart. Someone who could be ready to start a family, but most importantly, someone who could get along with Aaron Rodgers family.

Rodgers in on the back end of his career, even if he plays as long as Brady. After football life is starting to enter his head. It seems as though he and Danica have always had some distant attraction, so hopefully, this is the right move for Rodgers both on and off the field. Worst case scenario, that’s a hell of a notch to add to the belt, all while keeping the family happy. Keeping Packers fans happy? Well, that will have to wait to be seen until this time next year.

Can Black Bortles and Sacksonville Really Dethrone the Patriots in the AFC?
Jeremy Lane Calls Out Cops on Twitter Following Questionable Arrest
To Top