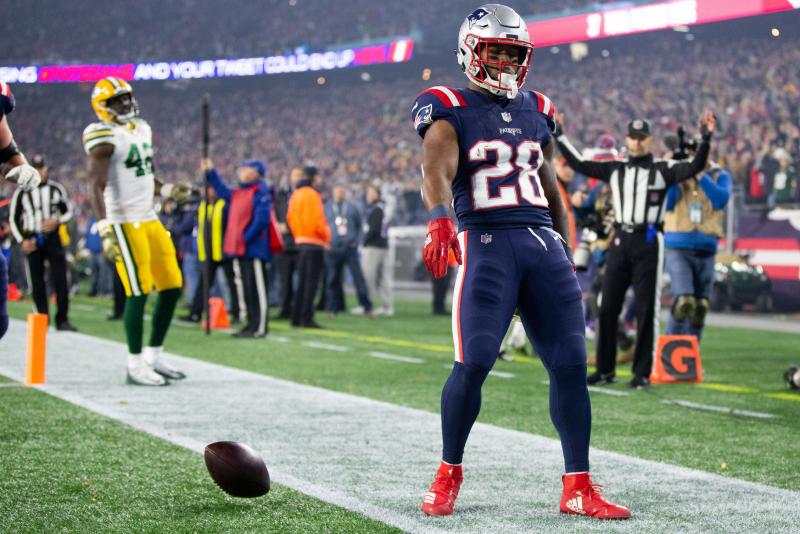 It’s a tale as old as Tommy Lasorda, the Patriots lose a couple games early in the season and everyone begins to write them off. We get the classic Max Kellerman take of Brady falling off the cliff and the “here it comes, folks. Father time has finally caught up with Brady,”.

Then, the Patriots figure it out and prove why they have been one of the best teams in the AFC for the past 16 years. This year is no different.

After starting the season 1-2, with two embarrassing losses to the Jaguars and Lions, the haters came out of the woodwork and the “this is the end of the Pats dynasty,” talks spread like wildfire. Everyone from the National media to the locals in the Boston media was writing this team off.

Unfortunately for those doubters and those convinced that this was it, the Patriots just won their sixth straight game after beating the Aaron Rodgers and the Green Bay Packers on Sunday night.

The Pats improved their record to 7-2, the league’s fourth-best record, and second best in the AFC.

Who holds the best record in the AFC, you ask? The Kansas City Chiefs, a team that Brady and co. beat 43-40 on Sunday Night Football just a month ago, handing Kansas City their first and only loss of the season.

Since their loss to the Lions in week 3, the team has averaged 35.5 points per game, while only allowing 20.8 points per game over this six-game win streak.

This success is largely in part to the solid run game of both rookie, Sony Michel and the tenured, James White. This duo taking the ball out of the backfield combined with White’s ability to be a threat as a receiver force teams to respect the Pats play-action, which has opened up the offense dramatically.

Although Michel has missed the last two weeks due to a knee injury form the game against the Chicago Bears, he has impressive numbers thus far in 2018. Michel has 422 rushing yards on 95 carries, with four touchdowns. James White has also had a great showing so far, totaling 235 rushing yards with four rushing TD’s, as well as 531 receiving yards and six touchdown receptions.

Since making his debut with Patriots during week 4, after being traded to the Patriots ahead of week 3, Josh Gordon has made clear his impact on this team’s offense. With 22 receptions since week 4, Gordon has gotten himself 396 yards and two touchdowns, making him the receiver with the third highest yards on the Patriots this season.

Gordon has been improving every week, getting more familiar with this complex Patriots offense and flourishing with his locker mate new best friend, Tom Brady.

Just as Gordon arrived, the Patriots also got one of Brady’s most reliable targets back during week 5, two-time Super Bowl champion, Julian Edelman.

Over the past five years, Edelman has become Brady’s favorite target, the chemistry the two have and Edelman’s toughness allow him to be a consistent and devastating presence in the slot. Since returning from suspension in week 5, Edelman has 322 yards and two touchdowns on 31 receptions.

This brings us to the man who makes it all happen offensively, 41-year-old reigning NFL MVP, Tom Brady.

Coming off of a historic season for a quarterback over 40 years old, Brady has still got it. Through nine games this season, Tommy Touchdown has 2,494 yards, 17 touchdowns, and just seven interceptions. Placing Brady in the top 10 for touchdowns, passing yards, and total completions. Not an MVP season, but a dominant season for the oldest starting quarterback in the NFL.

It’s not even that Brady couldn’t be having an MVP-esque season, but the development of a dependable run game has taken some of the weight off of Brady to produce and has made New England as scary as ever.

Being one game behind Kansas City in the loss column is an issue for home-field advantage in the playoffs, even though the Patriots hold the tiebreaker with their win over the Chiefs in week six, they still need Kansas City to lose at least one more game and hope to win out in order to secure home field for the playoffs.

Aside from the Vikings in week 13, and a matchup with the Steelers in week 15, it’s all AFC East matchups for the Patriots the rest of the way. If they can beat Pittsburgh and Minnesota, the Pats very well could run the table and finish the season 14-2 on a 13 game win streak. No easy task, but a very real possibility.

Kansas City has a very similar schedule, aside from a week 11 matchup with the top team in the NFL, the Los Angeles Rams, and a week 13 game against one of the best defensive teams in football, the Baltimore Ravens followed immediately by the surging Los Angeles Chargers, the Chiefs have it pretty easy. Facing the dumpster fire of a team, Oakland Raiders twice, as well as the struggling Seahawks and Cardinals, they could very well hold the better record by the end of the season.

While the Patriots already beat the Chiefs once, it was at home, and it was a shootout that came down to the wire. Home field is going to play a huge role come playoff time. If the AFC Championship goes through Arrowhead Stadium, it will be extremely tough for the Pats to advance to their third straight Super Bowl. Having home field advantage won’t make it easy, but it will certainly help the Patriots chances.

Of course, there are other teams to go through in order to get to what would be their eighth straight AFC championship game. Pittsburgh is always a tough matchup and they could possibly meet in the divisional round. The Texans, who are on a six-game win streak of their own after starting the season 0-3, are probably one of the scariest teams in the AFC right now.

I know a lot of people probably hoped this was actually it for the Pats and the Brady/Belichick era was finally over, but sorry to rain on the parade folks, it ain’t over yet. I wasn’t very hopeful for a Super Bowl run early on this season, but I am on the train now.

After beating Kansas City, the Chicago Bears, and the Packers,  this team has proved itself to me, and it is Super Bowl or bust.

They always say the sixth ring is the hardest to get, just imagine 41-year-old Tom Brady raising that Lombardi trophy one more time.

It’s officially the blitz for six.