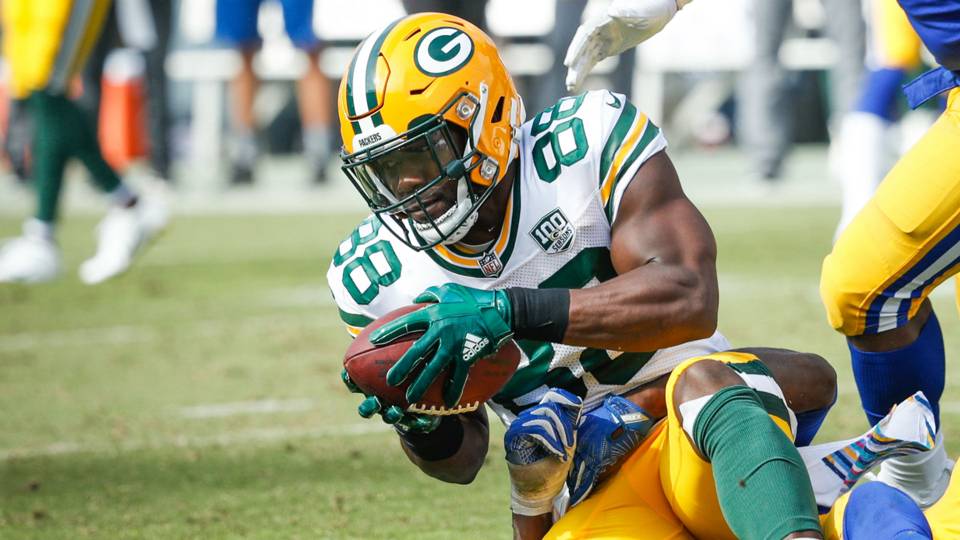 Ty Montgomery was dealt to the Baltimore Ravens Tuesday for a 7th-round pick. A deal that seemed to be a “just take whatever deal we can to get this dude out of here” type of deal. Which, given the ending of Sunday’s game from a fans perspective is totally understood. There aren’t often 100% absolute consensus by people on anything — especially in 2018 where everyone’s got a fucking Ph.D. in disagreeing, but if you asked everyone in Green Bay Monday morning if they should trade Montgomery for a 7th-round pick, I’m fairly confident 100% of people would have given a resounding HELL YEAH.

It looks like that level of disdain existed within the Packers own locker room. According to reports as much as a half dozen players witnessed Montgomery throw a temper tantrum on the sidelines on the previous drive for being taken out of the game. When the final kick return came up, game on the line, Montgomery was instructed by coaches to kneel it, no matter what, which is not what happened.

Yeah, that’s a tough one. Taking the ball out of the hands of the greatest quarterback in NFL history to lose the game. You just hate to see it.

I’m not even a Packers fan and this makes me hate Ty Montgomery. I can’t even imagine caring about that fumble. To be honest, at that point I was still trying to wrap my head around how I just had lost both in fantasy and with the bookie when Todd Gurley elected to get purposefully tackled on the 5-yard line instead of scoring a touchdown. For the record, I know that was ultimately the smarter play, don’t patronize me. It was the worst bad beat I’ve ever witnessed, but we’re on the Buffalo.

What a bum Montgomery is though. If you’re that selfish to the point of actual stupidity, you can’t have that on your football team. And the Green Bay Packers might be the least tolerant team in the league for behavior like that. Luckily the team that traded for him isn’t exactly known for their disciplinary ways.