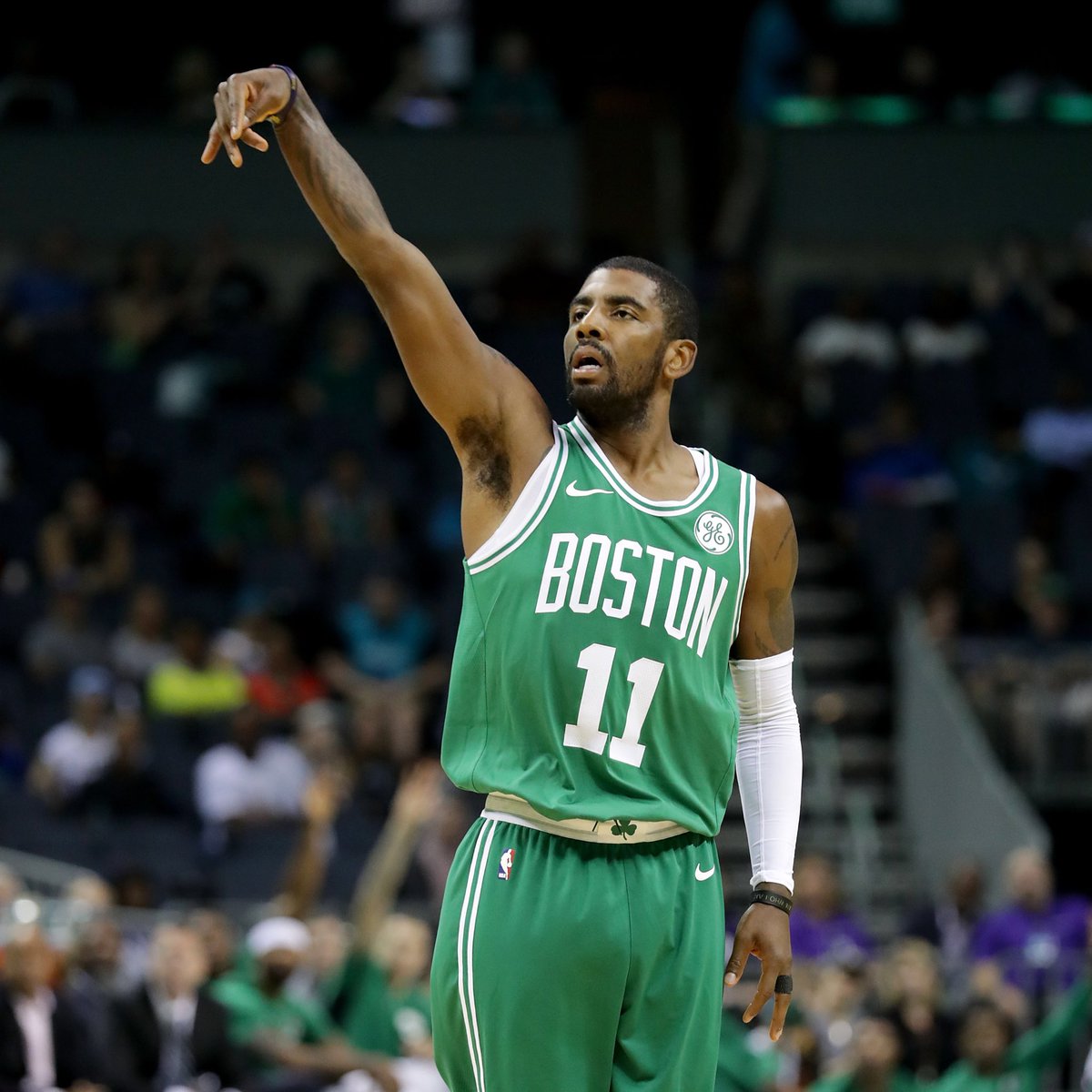 After going on the league’s longest win streak so far this season of 16 games, the Celtics had their fair share of struggles. But since coming back from the All-Star break, those troubles seem like a thing of the past.

Coming out of the All-Star break the C’s are 4-0 with convincing wins over the Pistons, Knicks, and Grizzlies, all being capped off last night with a 28 point win over Kemba Walker and the Charlotte Hornets.

This blowout win was led by Kyrie Irving, who finished with 34 points, 4 Rebounds and 5 assists. Oh, and did I mention he didn’t play in the 4th quarter.

With Marcus Morris and Jaylen Brown adding 15 of their own points, and Terry Rozier and newcomer Greg Monroe each tallying 14, the Celtics ran Charlotte out of the building.

Since coming back from the break, Kyrie is averaging 27 PPG and making it clear that this is his team and he is proving that by going out there night after night and giving this team and this city everything he’s got. We knew he was a great player when he was in Cleveland, but as we know he was living in the shadow of a King.

Well, now that shadow is gone and Kyrie is thriving in Boston. The 26 year old point guard is asserting himself as the not only the best guard in the East but one of the best in the league.

His handles are unmatched, he is consistently putting guys on skates and just toying with team’s defenses. He just can not be stopped and I love watching it. Just watch this video of his top plays SO FAR this season. My favorite is #2 when he gives Curry the sauce and drills a jumper right in his face.

In an upcoming matchup with the NBA’s top team, the Houston Rockets coming this Saturday, Kyrie and the boys in green will definitely have to be on top of their game.

Houston who is sitting tied for 1st place in the Western Conference and the NBA with the Warriors is boasting a 47-13 record. They are also currently on a 14 game win streak and looking to keep that rolling with a big win over the East’s top team.

The Rockets who are 2nd in the league in PPG with 113.8 are going to be in for a tough game going against the leagues 2nd best defense when it comes to opponents points per game. The C’s are currently rocking a 99.9 in the points allowed category, 2nd to only the Spurs who are at 99.2.

Also, let us not forget the last time these two teams met. The Celtics completed a 26 point, 2nd half comeback to win 99-98, led by Kyrie’s 26 point performance and capped off by back to back offensive fouls by James Harden and a last second hook shot by “Average Al” Horford to win the game.

I would be a fool to not mention that the Rockets were without Chris Paul, who is a huge part of this incredibly talented team in Houston. The Rockets are two completely different teams with and without Paul. The deadly duo of Paul and Harden has seemed unstoppable at times. With James Harden being the clear favorite for MVP, and Chris Paul facilitating the powerful offense, this team has the star power to run any team out of the gym.

Harden, like Irving is just out here toying with guys. Look at how dirty he did Wesley Johnson.

Crosses him up and just stares him down for a solid two seconds before burying not only the three right in his face but the dagger even deeper into the Clippers hearts.

Saturday will definitely be a test, not only for the Celtics, but for the Rockets as well. Something is to be said for a team that is on average allowing less than 100 points per game. We will see if the Celtics can pull out a big road win and put an end to the winning streak Houston has going.

Here’s to keeping the longest win streak of the season in the Celtics name. Hopefully, the Celtics can bring the high flying Rockets back to earth and D’Antoni will be thinking “Houston we have a problem; the Boston Celtics.”

Lonzo Ball loses Shooting Contest to Bow Wow
Gronk Might Have an Epic Life, but to Make it Legendary, He Needs to Retire
To Top