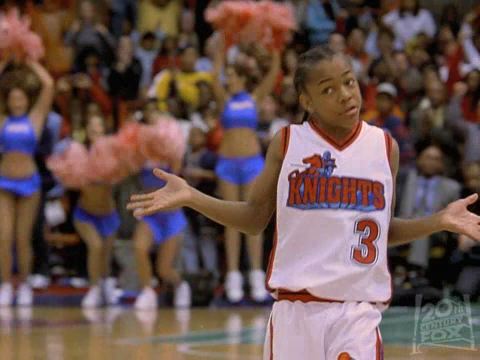 Folks, there is only one logical explanation for Bow Wow winning a shooting contest vs Lonzo Ball. That was not Bow Wow playing, but rather Calvin Cambridge from the movie Like Mike. They say that Bow Wow was only playing in socks and I call bullshit. Those sneakers gave Little Bow Wow the power to dunk, shoot, and lay up the ball like Michael Jordan himself against the Spurs and you are telling me he isn’t using whatever magic those kicks gave him again? Grow up people, before they started shooting this video Bow Wow was in another room talking to his kicks. At the rate he was chucking those shots up Steph Curry should make sure he isn’t missing a pair of sneakers. Bow Wow could be out and about stealing NBA players powers like the monstars.

On a more serious note, although Lonzo dropped only one of three games to Bow Wow, he is still a winner. As long as his name is in the headlines the Ball brand wins, all thanks to his father who has made the Ball name a universal brand. Sure Lonzo is only shooting a pedestrian 31% from beyond the arc, and his jumper is ugly as hell but he has been improving as of late. Since he returned from injury he has hit 6 of 9 three-pointers and has a shooting 58%, sure the sample size is small but it is very promising in comparison to his splits before he got hurt.

I wouldn’t be shocked if Lavar Ball himself was behind that camera shooting that footage. Lavar was probably the one who even brought up the idea of the shooting contest, he is a marketing machine. Don’t be shocked if a Ball brand “Like Lavar” sneaker drops with a price tag of $800 this fall, because who doesn’t want to be like Lavar?