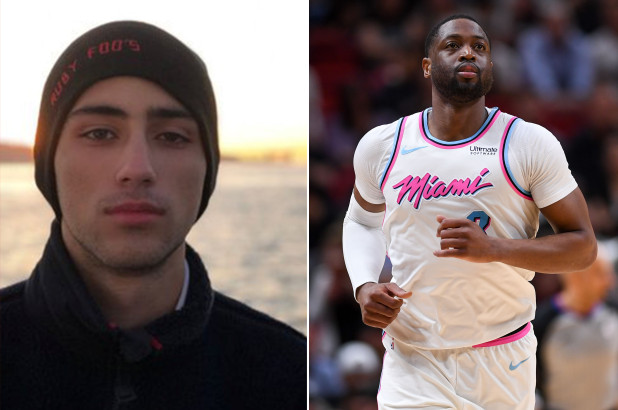 “THIS IS MY HOUSE!!!” Fuck yeah it is Wade! For those of you who don’t know me, Dwayne Wade is my favorite player of all-time. He is the reason I got into basketball back in sixth grade and is the reason I am a Miami Heat fan. After his Final Four Run at Marquette, I pledged to like whatever team he went to and that my friends was the Miami Heat.

What an amazing shot by Wade, an act of heroism some may call it. But the real act of heroism from Wade didn’t have anything to do with him making the shot. D Wade was playing with a purpose not only last night, but every night going forward for the rest of the season. That purpose was Joaquin Oliver. Joaquin was one of the 17 victims who was tragically murdered at Marjory Douglas High School in Parkland. Absolutely gut-wrenching stuff.

It was brought to Wade’s attention that not only did Joaquin idolize him, but his parents chose to bury him February 17th wearing Wade’s jersey. Some deep stuff that got Dwyane Wade really emotional as he expressed this on Twitter and in an interview with reporters.

Dwyane Wade on Parkland victim buried in his jersey

An emotional Dwyane Wade talks about 17-year-old Parkland victim Joaquin Oliver being buried in his jersey.

This is Joaquin Oliver. He was one of the 17 young lives that were lost tragically at Douglas HighSchool in Parkland. Joaquin was one of many that i heard was excited about my return to Miami and yesterday was buried in my jersey. This is why we will not just SHUT up and dribble! pic.twitter.com/X0tfTTao33

It’s way BIGGER than basketball. We are the voices for the people that don’t get to be heard. Joaquin Oliver may you Rest In Peace and i dedicate my return and the rest of this Miami Heat season to you. 🙏🏾🙏🏾🙏🏾

If this whole situation and response doesn’t give you goosebumps then I don’t know what is wrong with you. Obviously, such a tragic event but you can tell Wade is emotional and taking this to heart the best he can. As you saw him write “This is why we will not just SHUT up and dribble.” This in response to Fox host Laura Ingraham telling the above to LeBron James and professional athletes as a whole.

Now I’m not saying Wade is some sort of hero or the greatest guy on earth but guess what? He was to THIS KID! Kids just like Joaquin Oliver idolize players like Dwyane Wade on such a level it’s superhero-like. So although they may not wear capes and instead dribble basketballs or hit baseballs, it’s more than a game to millions of kids around the world.

Last but certainly not least, is what was written on Wade’s shoes last night.

.@DwyaneWade pays his respects to Joaquin Oliver, the Parkland shooting victim who was buried in his jersey 🙏 pic.twitter.com/VStV4rlKId

Yup, Joaquin Oliver’s name. Expect nothing less from Wade than to carry this with him the rest of the year. Go Heat and more importantly, Rest In Peace Joaquin Oliver.