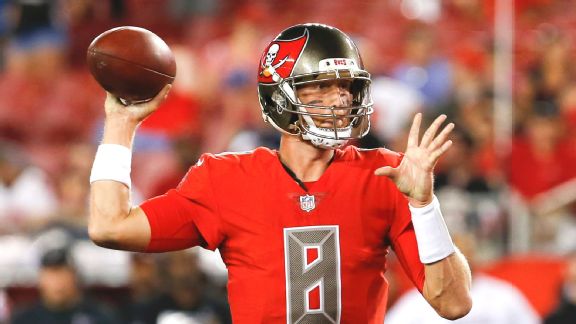 Being a Jets fan, it’s not exactly easy, sure we’ve had some decent years in past, but in this league, it’s what have you done for me lately. Last year the New York Jets went 5-11, of course we had to win the last game of the season, so we suck. I know it, you know it, we all know it. The Jets may have many holes to fill, but one thing is certain; they need a starting quarterback, badly.

After Ryan Fitzpatrick tricked us all, Jets fans that is, with his magical and anomaly of a season in 2015, he put up a complete dud last year. I can assure you he will not be wearing a Jets uniform next year, maybe not any NFL uniform for that matter. The Jets also have Geno Smith, who I am slightly higher on than most, but still, he hasn’t shown much and it seems like whenever he’s on the field he gets hurt. Then we have Bryce Petty, who drew some comparisons to Big Ben, yeah, well that’s a joke. To put it kindly Petty looked fucking awful in his sophomore campaign, throwing 3 touchdowns to 7 interceptions with an anemic 134 yards per game and of course don’t forget a QBR of 19. Nine…Teen. Needless to say, Petty isn’t the answer.

Then we drafted Christian Hackenburg 51st overall out of Penn State last year, a player considered to have most of the tools to be a successful NFL quarterback, but was simply deprived of the talent at Penn State and never reached his full potential while in college. I’m not fully giving up on Hackenburg and ready to say he’s terrible, but all signs point to it. You’re telling me he was no better than either Ryan Pickspatrick or Bryce Petty to warrant not even a snap??? You would think we would give him some reps once we were out of it to you know, get him some reps and give him NFL experience. So, if this doesn’t wave red flags then I don’t know what will. The Jets are in DESPERATE need for a quarterback.

I think Mike Glennon may be just what we need for this season if we can’t pull off a deal for Tony Romo or acquire someone like a Jimmy Garappolo, who I am still not sold on due to sample size and the Patriots system. Glennon was never really given a fair shot in Tampa nor had the talent. His offensive line was just atrocious, in 13 games in his rookie season he was sacked 40 times. That’s over three a game and nearly impossible to succeed with that much pressure. Still, he threw 19 touchdowns to 9 interceptions, over a 2:1 ratio, and had a passer rating of 83.9. Doesn’t sound too bad, does it? For a rookie facing that type of pressure, hell yeah, I’ll take those numbers. The problem is his record as a starter is only 5-13, but I more blame the lack of offensive line, weapons, and an atrocious defense. Essentially, I don’t think Glennon ever got a fair shake. At 6”6 225 entering his fourth season at the age of 27 Glennon could be entering his prime.

I would like to think the Jets are better then they displayed in 2016, and not as good as we thought we were in 2015, probably somewhere in the middle. In 2015 we were very healthy, easy schedule, lots of breaks. Last year, the opposite everyone and their mother got hurt and I couldn’t even tell you some of the players we had at key positions. We have talent on offense, hear me out. Brandon Marshall and Eric Decker are a great 1-2 combo both coming off down and injured seasons but still very talented, plus an emerging Quincy Enuwa. Then we have veteran Matt Forte who was plagued by an MCL strain basically the whole year plus Bilal Powell who looked as explosive as any back over the last four games. Tight end, we have no one, not even going to sugar coat it. It would surprise me if Jets tight ends had more than twenty catches last year, however Enuwa essentially played that role of us over the middle of the field. The offensive line suffered as there were injuries across the board plus the retirement of Ferguson which really hurt. If we can draft a couple solid lineman plus acquire a pass catching tight end this looks like a talented and better group, then Glennon had. The defense needs desperate help in the secondary as well.

My take is why not take a stab at Glennon? You’re telling me he won’t be an upgrade over the jokes I named? He without a doubt is and will be. If I’m GM Mike Maccaganan I am seriously taking a look at Glennon, especially with the dearth at quarterback this free agency, there’s essentially no one. Glennon has a big arm who accuracy can be ehhh at times, but still, a completion percentage of 59 is better than what we have. The Jets should have decent leverage too, considering Jameis Winston is clearly the quarterback of the future for the Tampa bay Buccaneers, I would try and get him for a third-round pick. My first option would be Tony Romo, but if I had to bet I would say Mike Glennon will be the opening day starter and I am more than fine with that.

Where will the circus better known as Tony Romo end up next year?
With OJ Simpson Parole Hearing Looming, Is America Ready For The Release Of It’s Most Famous Inmate?
To Top