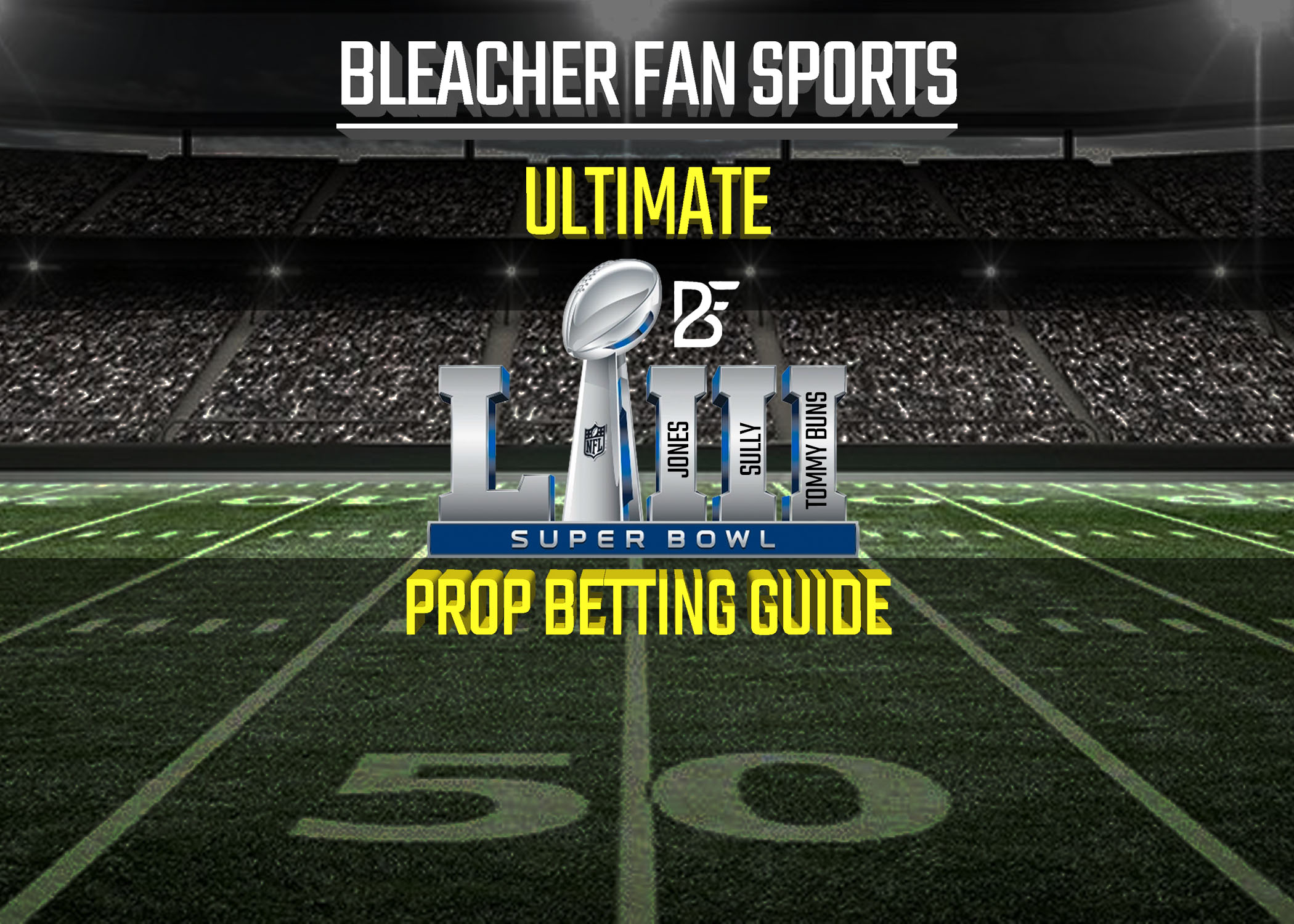 Here we are, back again for another Super Bowl, and back again by alarmingly popular demand, with the Bleacher Fan Sports Super Bowl Prop Bets Guide. We’ve done this the last two years now. This will help you skip sorting through all the props to bet and trying to choose the best ones. Last year we finished up $1,100 for a $100 bettor and we aim to beat that this year. Although, it’s all relative no matter how big a bettor you are. The fact remains were here to make money and have fun on one of the coolest and most exhilarating sports betting days of the year.

Okay so Gladys Knight is old as shit. Like 70 something years old, but she is also known as the “Empress of Soul,” so if you don’t think she’s gonna go out there and out on a show for us that’ll last longer than 1:44 you’re wrong. Hammer that over.

See, people would want you to think “oh, of course, it’s Adam Levine, of course, he’ll wear a leather jacket”, but those people are wrong. He will not because everyone is expecting him to. Also, he can see the lines, so he’s gonna wear a Jean jacket and bet No and cash in that ticket.

Another easy one here, it doesn’t matter what they said the total was, the over is free money here. They are going to dink and dunk their way to a super bowl with James White. Hammer the over, absolutely hammer it.

This one seems almost too good to be true. I know what you’re thinking, “just another Brady hater, he’s the GOAT..” Let’s take a look at his game against the Chiefs in the AFC championship game, a game in which he threw two interceptions and would have been 3 if not for Dee for lining up offsides. Let’s also consider the Patriots got absolutely zero pressure on Brady all game long sacking him 0 times and hitting him only once, (that one hit wrongly being called a flag). The Chiefs’ defense has been swiss cheese all year both stopping the pass and the run compared to a Rams defense that has looked fierce lately. Brady will have to deal with the likes of Aaron Donald and Ndamukong Suh on the d-line and two ball hawks in Marcus Peters and Aqib Talib on the backside. Not to mention Wade Phillips one of the best Defensive Coordinators; all he needs to do is throw one pick, take the money.

Love me some Sony Michel, after injuries towards the end of the year had limited his ability to stay on the field, Michel has found his stride. He’s been an absolute workhorse for the Pats finding the end zone 5 times in just two postseason games. A huge part of the Pats’ offense is pounding the rock with Michel early and often, as well as finding James White out of the backfield. I love the odds on this bet compared to the first TD scored in the game as there’s a solid chance the Pats’ either start slow as they often do in Super Bowls or that the Rams score first. Michel is the safest and most likely Patriot to score their first TD by far, which is why it’s odd he is getting such amazing odds at +450. Throw some bills on it.

I don’t know if there are two better kickers in the league then Greg Zuerlein and Stephen Gostkowski. Did you see the end of the Saints-Rams game? “Legatron” won the game for the Rams from 57 and it would have easily been good from 70, I’m not joking either. A 45 yarder for Legatron is the equivalent of a normal NFL kicker from 35 (the same distance as an extra point). It wouldn’t shock me if the Rams sent him out there anywhere from 65 and in because they know he’s capable and then some. The only caveat for this prop is if they both don’t attempt a kick over 45, but I don’t think either team will have much trouble moving the ball and points will be at a premium.

With tons of options in a prop like this, to be able to get the favorite and logical choice for close to even money is a steal. You have to analyze the situation and the surroundings here. CBS, Romo’s employer’s logo color is a navy blue. The main color for the two teams playing in the game, also navy blue. The color of Tony Romo’s team when he played, also blue. Play it safe, grab the money, go blue.

For a quarterback and team that runs QB sneaks more than what seems like every team in the league, this seems like a pretty solid bet. All it could take is one sneak from the 2-yard line and were in.

DDon’tforget if you want to bet these games, hit the link below!