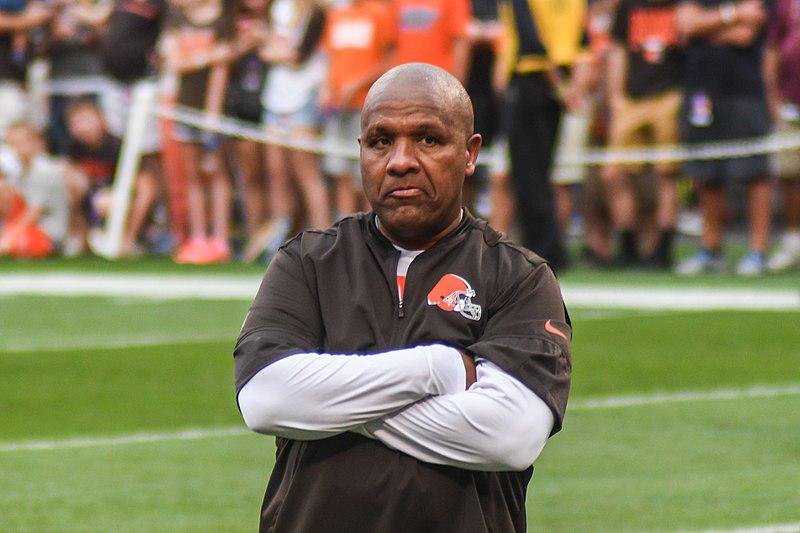 About 10 weeks after Hue Jackson got canned in Cleveland, we are finally getting more details.

So according to Wickersham at ESPN, the Browns owner, Jimmy Haslam and general manager “Dealin” John Dorsey we’re both in attendance at the Jackson firing. And surprise, surprise old Hue didn’t take it well.

Apparently after they told the 3-36-1 coach that he was getting the boot because he lost the team, he told them to, “get the fuck out of my office,”.

Quick side note, is it technically still his office after the firing happened? I know it was legitimately moments after his firing, but I still feel like this should’ve gone the other way with Dorsey and Haslam telling Jackson to “get the fuck out” of their office?

This whole thing seems a little backwards to me. But hey, maybe that’s just me. You know I’m always down for a little trash talk and I’ve even been known to tell a few people to go kick rocks, but this is bold.

Only winning three games over two and a half seasons doesn’t give you the type of clout that allows you to speak to people that way. Pete Carrol, Bill Belichick, Sean Payton, now those are guys who can tell you to GTFO.

It’s not our fault you literally ruined the Browns for multiple seasons, Hue. Get your shit together.