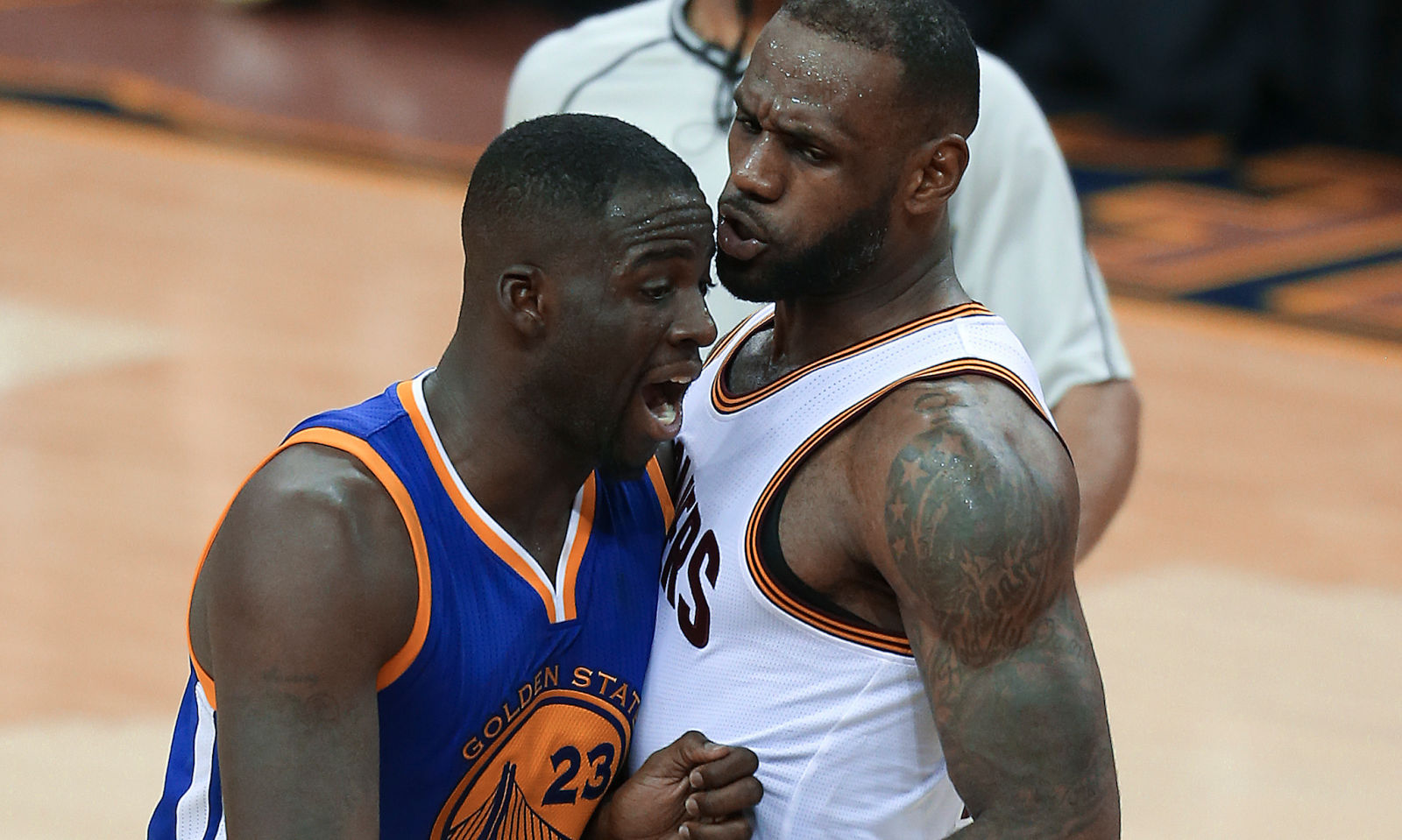 Per a release from the NBA, Draymond Green will miss tomorrow night’s Game 5 for accruing four flagrant foul points over the course of the playoffs. The NBA reviewed Green’s swipe at LeBron James’ dick and ballsand determined that it warranted a flagrant foul. James was also assessed a technical foul for taunting Green.

In accordance with NBA rules, Green will serve a one-game suspension without pay for accruing his fourth Flagrant Foul point of the 2016 postseason. He will serve his suspension Monday, June 13 during Game 5 of The Finals at Oracle Arena.