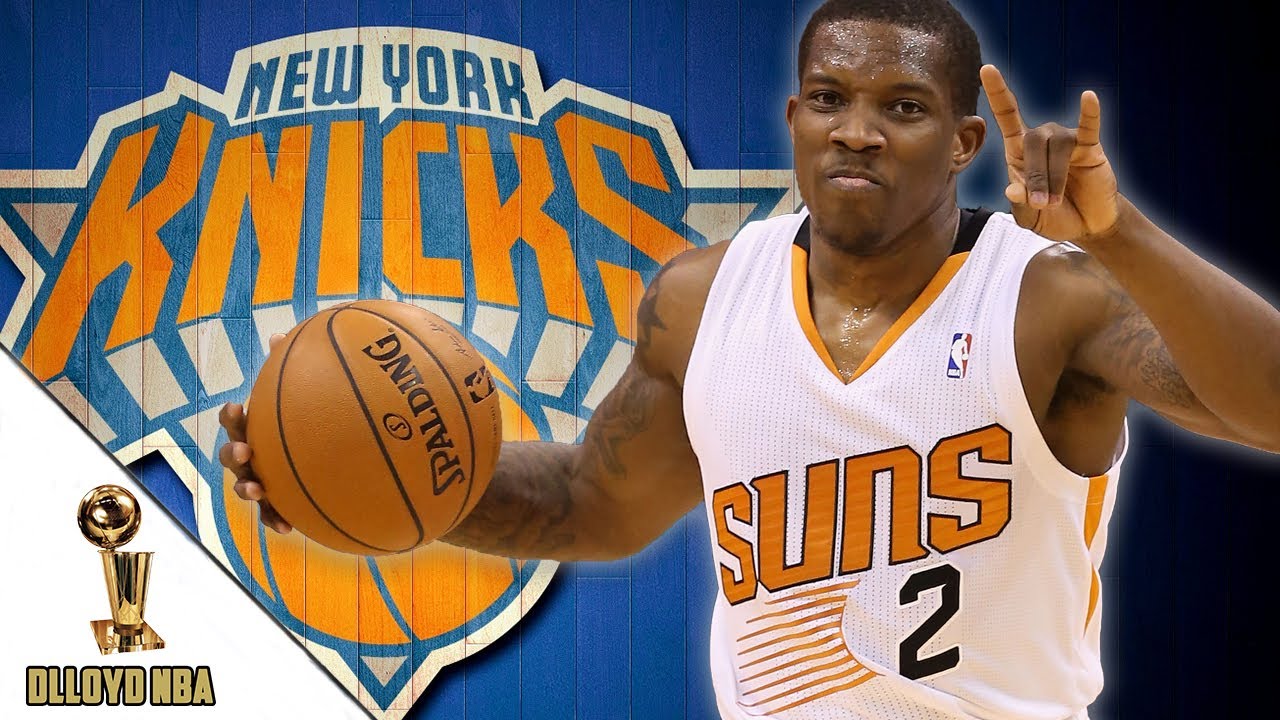 The New York Knicks are among several teams reaching out to Phoenix, league sources told ESPN. It is unclear how far along teams have gotten on any trade discussions, but people in touch with Phoenix say the franchise is looking for young players in a Bledsoe swap. – ESPN

The Knicks are among the teams who have reached out to Phoenix recently about trading for guard Eric Bledsoe, per league sources. https://t.co/INmuthUPc6

Here we are, once again. A star player becomes available via trade and without fail the Knicks, are yet again, a team rumored to be a candidate for their services. It seems that it’s almost reached the point of a bi-annual tradition. I can not remember a year that has gone by in my life where the Knicks weren’t rumored to be trading for someone significant. And guess what? It never happens. I shouldn’t say never. It did happen this one time, with this guy named Carmelo, but that didn’t really work out. Not in the mood to talk about it.

Nevertheless, I just don’t need to hear it this time around. I don’t need to start running through scenarios in my head on how they can trick the Suns into pulling a deal off. The Knicks front office has tricked exactly zero general managers over the last 15 years. Oh, you think we could do what the Thunder did to Indiana? or the Celtics did to the Cavs (Yes Boston tricked Cleveland, anytime you can avoid paying Isaiah Thomas a max contract AND replace him with Kyrie Irving, you tricked a team.) Nope, not the Knicks. We are never the tricksters. Always the butt end of the joke in the trade market.

Kids come to the Garden on Halloween and say “Trick or Treat” and its fucking Trick every single time. I’ve never been less confident in a team competence than I am with the Knicks in the trade market.

All that aside, even if we want to go down this road, the options just really aren’t there without the Suns being tricked. But I’m not even mad about it. Yes, Eric Bledsoe would be great, but does he really improve the Knicks that much this year? Awesome, they get the 12th pick in the draft instead of a top 3 pick, so we can draft Jordan Hill again. They won’t have the cap space to make a deal with a major free agent next summer so that just adds to another year of mediocrity. All while paying top dollar and not drafting top talent.

Knicks, to this point, have been opposed to dealing Ntilikina or Hernangomez for Bledsoe, per sources: https://t.co/HbdaBUjv5v

I cant hate the front office trying to hang on to their young talent. If I HAD to part with any of it, I would part with Frank, solely because he’s the same position as Eric Bledsoe and Willy is a proven commodity. First team all rookie. This deal would probably take Kanter and Frank, maybe even add in Lee or Thomas as well,  but that would require the Knicks also taking back Tyson Chandler’s contract. So again, we come back to the same question, is it really worth it? I honestly don’t think so. Whether it’s by numbers or by players, the chances of the Knicks tricking the Suns into a great deal not involving Frank or Willy is about as likely as Phil Jackson winning executive of the year. We’re the Knicks, we can’t get nice things, so at least give us the chance to draft nice things.