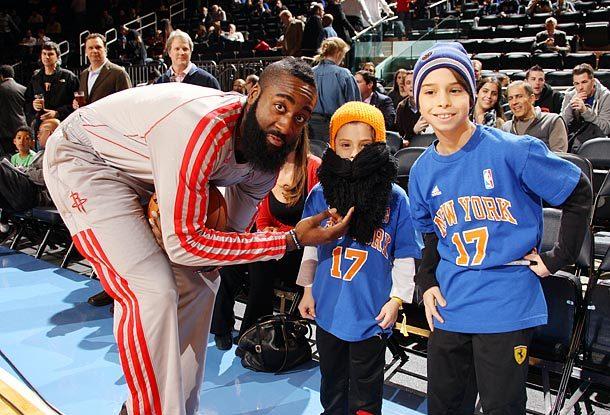 We now have a three-man race at the top. With the resurgence of Fake Harden and Klay and the memory of Fake Kobe, it’s time we figure out whos on top.

Who did it better? A.) FAKE KOBE B.) FAKE KLAY C.) FAKE HARDEN pic.twitter.com/Mf7vxmmpEX

While all three of these guys have done pretty well in the world of doppelgangers, there can only be one winner. Examining all three, I think its clear that Fake Harden and Fake Klay have capitalized on the social media era. They’ve made themselves known and seen. Playing it perfectly from the awareness standpoint. They also added in the extra touches of perfecting the facial hair of their NBA counterparts. Fake Klay even nailed the fade. At the end of the day though, the presentation can only take you so far in this competition.

The most important part is how much you look like the person overall. Fake Harden and Fake Klay have the disadvantage in their overall stature, as neither is really in shape. A full body view of these guys can quickly ruin their disguise. But Fake Kobe seems to be pretty fit. Not really sure of his height, but doesn’t look chunky as the others do.

This is why I’m handing the title to Fake Kobe. His face is almost identical. In fact, before I wrote this I had to triple check it wasn’t actually Kobe. though the notoriety and presentation isn’t there with Fake Kobe, popular doesn’t always make something the best. As we’ve learned in the music industry these days. Fake Kobe takes home the win.