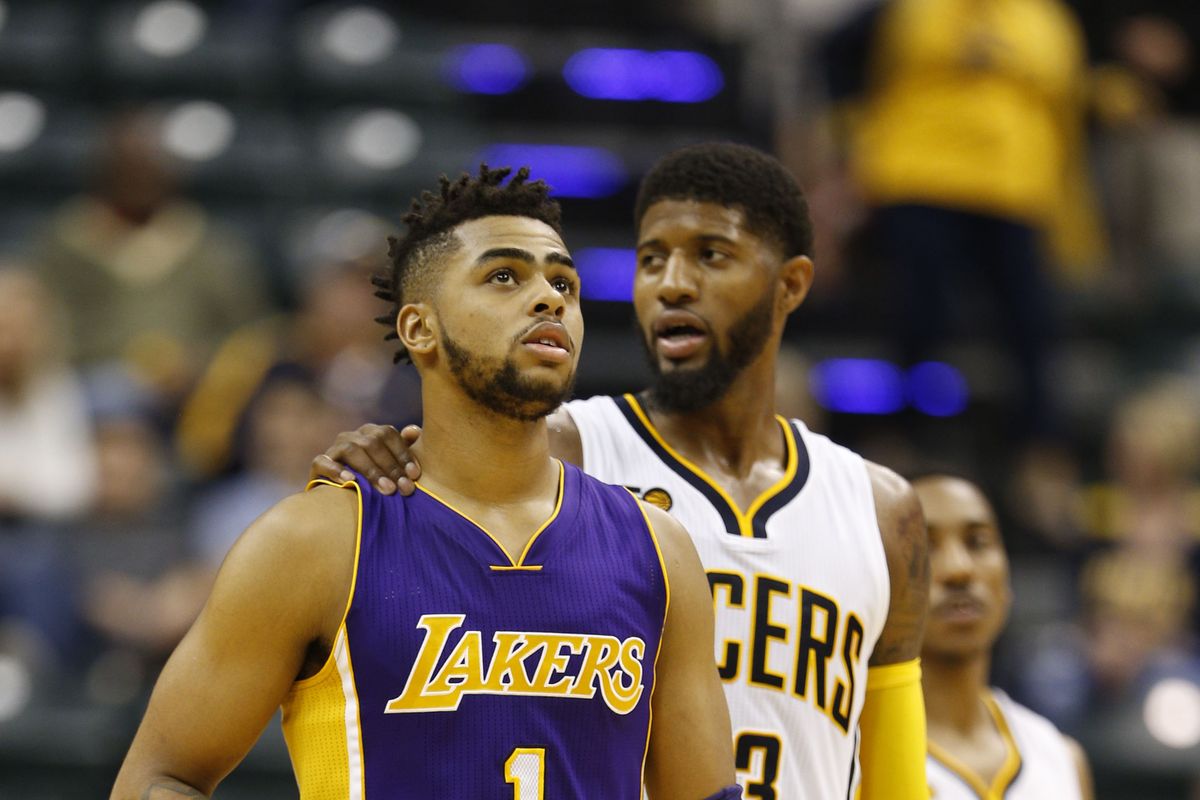 All-Star forward Paul George has informed the Indiana Pacers that he plans to become a free agent in the summer of 2018 and will leave the franchise – preferably for the Los Angeles Lakers, league sources told The Vertical.

George hasn’t requested a trade before he can opt out of his 2018-19 contract, but did have his agent, Aaron Mintz, tell new Indiana president of basketball operations Kevin Pritchard that he wanted to be forthright on his plans and spare the franchise any confusion about his intentions, league sources told The Vertical.

A tale that’s as old as time, almost an annual occurrence during the NBA offseason. Another year, another struggling small market team facing the reality their superstar is unhappy and preparing to leave them. This time, it’s Paul George and the Indiana Pacers.

The sooner the Pacers realize they have to move on from Paul George, the better. He’s gone, now it’s just a matter of how much leverage they have and what they will be able to get in return for him. The three teams that George could end up on realistically are the Cavs, the Celtics, and the Lakers. The Lakers are nearly a done deal and the real focal point of this whole situation. Paul George has said multiple times he wishes to sign with his hometown Lakers next summer when he’s a free agent. This just adds an additional wrinkle.

Let’s go over the Cavs and Celtics quick. According to The Vertical (Woj Bomb), the Pacers have not yet contacted or been contacted by the Lakers but have been dealing with other teams. Discussing with them as if Paul George would be a one-year rental. This gives the Pacers little leverage in trade talks. They’d be lucky if they got a first round pick and a role player from the Celtics, maybe two future firsts. The Celtics have a better chance to retain George long term. They’re built for the future, the Cavs are not. Shit, Lebron himself might be headed to Laker land after next season anyways.

Cleveland doesn’t have the draft picks to offer for George. Kevin Love is their best trade piece. Even if they did that straight up, does that move really put them over that hump? Can he stand living in Cleveland long term? Not likely. It’s also not likely they’ll win, which is just about the only thing that keeps anyone in Cleveland.

These two teams might not necessarily be able to land Paul George, but the prospect of them possibly be able is the only thing that should worry the Lakers. Despite him saying he wants to sign in LA, there’s always the chance he goes to somewhere like Boston and loves it. I know the whole Celtics-Lakers rivalry, but Pierce did it, why can’t Paul George do the same?

The Lakers have two choices, deal for him now, or take a gamble and see if they can land him straight up in Free Agency next year. They don’t have a draft pick next season, so they will have that added ease of saved cap space. They seem to be taking that gamble so far. Obviously, they would like to land George guaranteed in a trade this summer but at a cost that’s right for the Lakers. I can’t imagine the Lakers and the Pacers think Paul George has the same trade market value.

A package of Julius Randle and Larry Nance/Jordan Clarkson could be the starting point around a package for George. The Pacers are going to get screwed in this one way or another. There’s no good or even fair deal for that matter coming their way. The goal is not to end up with nothing. If you can get two solid young players, one a former 7th overall pick and still in his early 20’s, that’s a pretty good deal. Maybe you add in a first rounder in like 2019 or 2020, top ten protected or something. Sweeten the pot. Anytime you’re losing a homegrown superstar, you want a pick in return to have a chance to draft another. A guy your scouts pick like they did George.

This deal also doesn’t hurt the Lakers too much, and now allows them to grow around George a year early. Giving them more time to prepare for the following offseason when yep you guessed it, LeBron James is a free agent. Oh, by the way, Carmelo, Wade and Chris Paul will also all most likely be unrestricted free agents, or have the ability to opt out as well. Just food for thought.

So at the end of the day, Paul George holds the keys to his future. If his actions reflect his words, then he’ll be a Laker. The Pacers will have to deal him to the highest bidder. It’s that or nothing. So they will get something. Eventually, the Lakers will probably have a ceiling offer and stay at that. If that wins the auction tat they get him now. If not then the Lakers have to hope Paul George’s words are stronger than Brian Cushamn’s fathers.