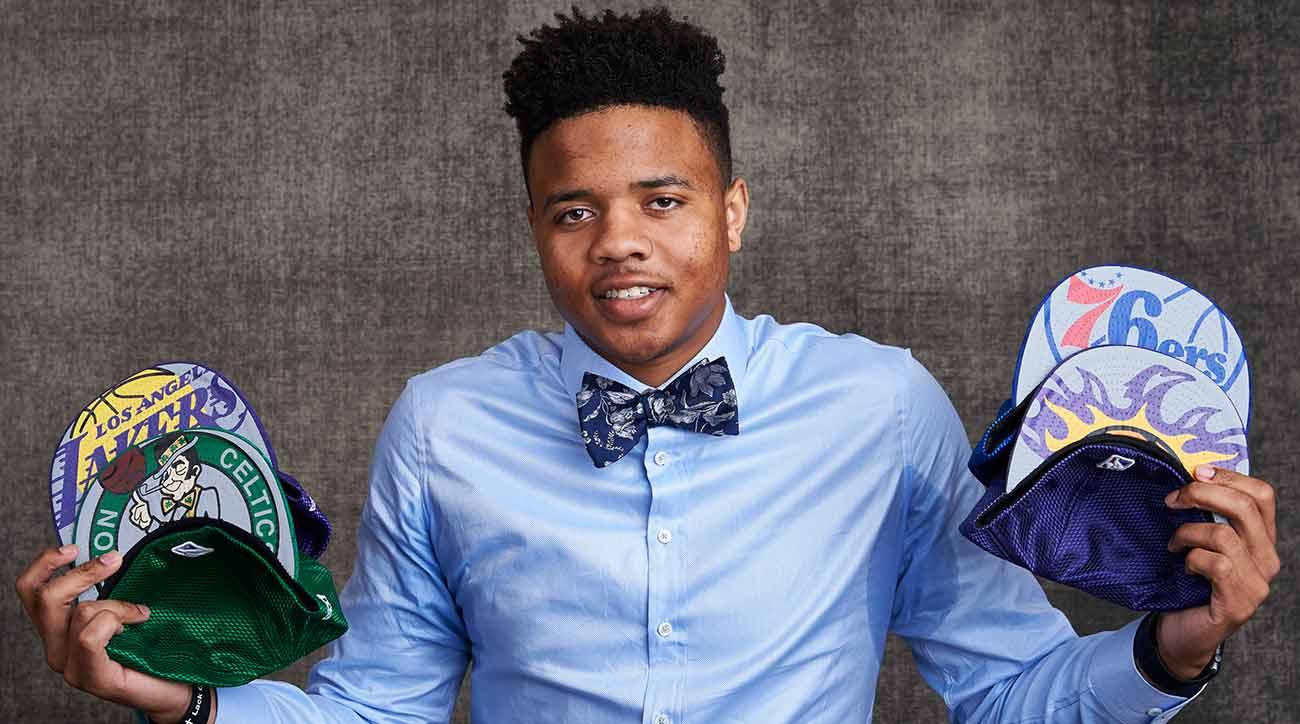 The Philadelphia 76ers are engaged in advanced talks to acquire the No. 1 overall pick in the 2017 NBA draft from the Boston Celtics to draft Washington point guard Markelle Fultz, league sources told The Vertical. In the proposed deal, Boston would acquire Philadelphia’s No. 3 overall pick in 2017 in a package that includes a future first from the 76ers, sources said. Philadelphia’s 2018 unprotected first-round pick that was acquired from the Lakers has been part of the discussions, sources said. Fultz, who is from Upper Marlboro, Maryland, is in Washington, D.C., and could travel to Philadelphia to meet with 76ers officials as soon as Saturday, sources said. Fultz, 19, played one season at the University of Washington, where he averaged 23.3 points, 5.9 assists and 5.7 rebounds and shot 41.3 percent from 3-point range. – The Vertical

An interesting move at the top of the draft here. Jones, per usual, predicted two days ago this could be a strong possibility. Boston didn’t need to hang onto the top pick if they had decided to pass on Markelle Fultz. Stupidly for the Celtics, this means they are moving forward with Isaiah Thomas as their point guard of the future. That being said it’s not yet Draft night so anything could happen still, but let’s proceed with the situation as is. This potential deal serves a purpose for both teams. It will have fallouts for both teams. So lets go over the options and possibilities coming out of this “pretty much a done deal” trade.

The Sixers get their point guard, Markelle Fultz. The pretty close to consensus number one pick. Really the only reason he was considered not the number one pick was because of the Celtics apparent lack of need at point guard. Pairing Fultz along side of Simmons and Embiid has the potential to be a deadly trio for years to come in Philly. Really excited to have them in the Knicks division for the next decade (Gun to the head emoji).

Fultz is a big guard who can score any which way. This enables him to play on the wing in the NBA as well as run the point. The Sixers are expected to have Simmons play some point guard next year too. Having the ability to switch these two out from the wing to point guard will be a dangerous combo. With Embiid in the post, that’s a level of talent, athelticism and versatility the NBA hasn’t seen too much of, if ever. Though Philly will probably have to give up an additional pick next year, they have two. The Lakers and the Kings pick, so no matter what they’ll still be left with a top ten pick next year.

The Celtics fallout is slightly more complicated. They move back to three where they will most likely still be able to get the guy they really covet, Josh Jackson. They will also save a little money by only having to pay him the #3 pick salary rather than the #1 pick salary. Boston is also able to load up on another first round pick for next year, which will give them a total of three and two in the top 10. This, of course, is all depending on them actually keeping the third pick and it not being a move to gather assets for a bigger deal in the coming days.

Option two for the Celtics is they package that number three pick along with at least one first round pick next year and some salary with the likes of either Marcus Smart, Jae Crowder or Kelly Olynk in exchange for Jimmy Butler to Chicago. Butler seems as though he will have a slightly lower asking price than Paul George will from Indiana. To me, they both help the Celtics in the same ways, although George is probably the more well-rounded player if you had to put a gun to my head. Butler plus the money they will still have left over to spend in free agency could land the Celtics Hayward as well.

That would give them Jimmy Butler and Gordon Hayward and still retain at least one first round pick for next season as well. With talent like that, the Celtics will become a team that older players will come to chase a ring. They will be able to fill out their roster with veterans minimums and their $8M mid-level exception.

We’ll ave to wait and see how this all shakes out, but the move to trade the first pick and pass up on a point guard means Ainge has chosen to stay with Isaiah and a win now mentality. Which would lead me to believe there is a bigger deal in place for the Celtics after this one. Maybe Ainge thinks he can make this deal without giving up those really prized top picks next season and he sees all of this as a way to try and win now while also building for the future. A thought process that’s rarely successful, but Ainge has shown never to underestimate his creativity and planning. He earned at least that much.