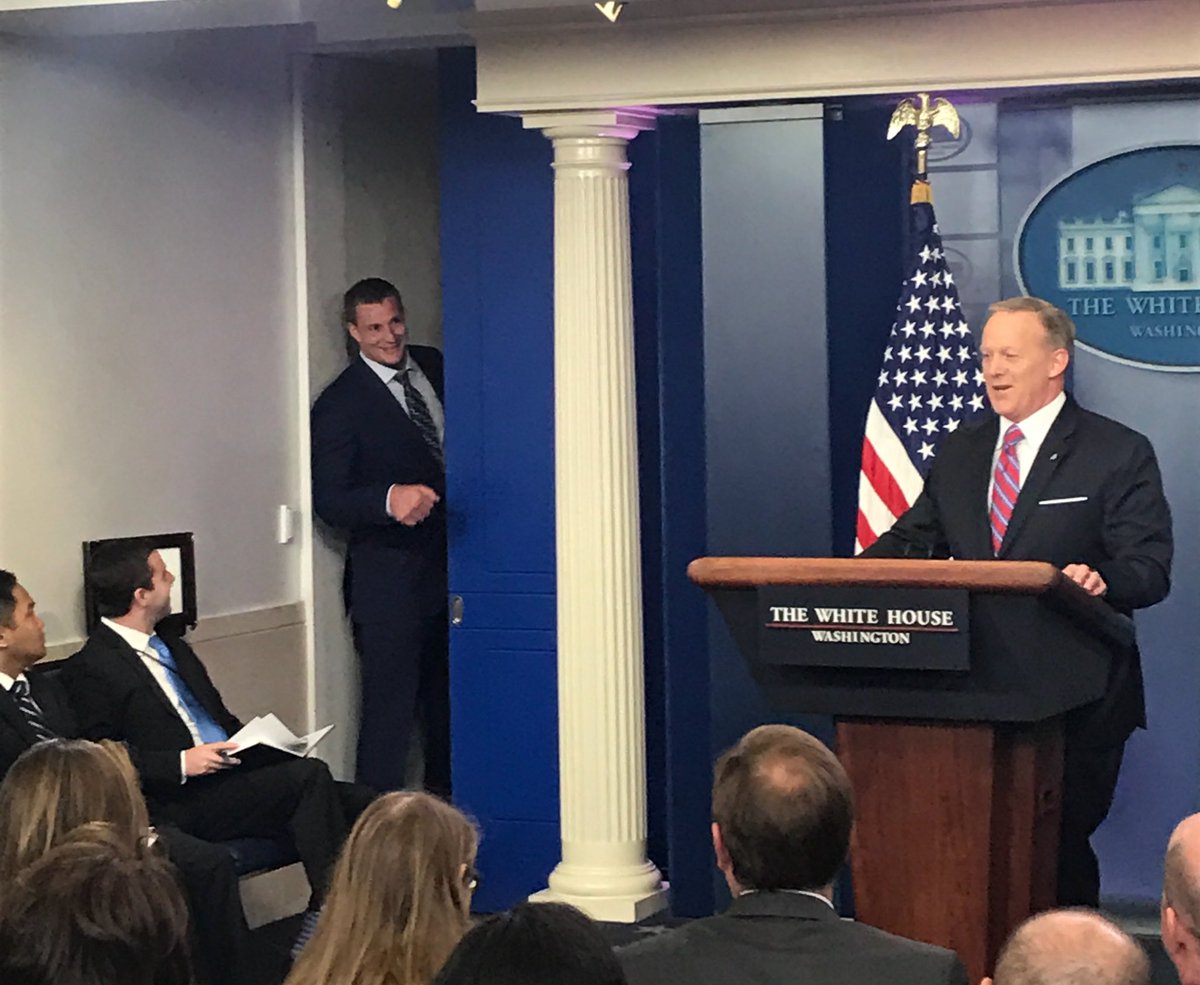 Important news to deliver at the White House? Let Gronk handle that for you. pic.twitter.com/8rR9ylo9pa

Gronk has been seen interrupting and crashing events since the dawn of time. Every time you see it you would think it would get old at some point, but it just gets better and better every time. I’ve never seen someone “one up” himself so many times doing the same thing. He’s one of those guys who no matter where or when he shows up, everyone is instantly happy and smiling.

If Gronk showed up this morning as they dragging Aaron Hernandez’ body out of his cell, pretty sure the entire prison would have been rolling on the floor laughing by the time he left. That might not be a bad side business when his vertebrae inevitably shatters into a million pieces because of football. Just have Gronk show up to a sad or shitty situation and everyone is just instantly happy and laughing.

This though, even for Gronk is a whole new level. Here we have Sean Spicer giving the official live White House press briefing about national security, international diplomacy and nuclear weapons that could end the planet in seconds. Gronk busts through the door with a grin from here to Iraq just waiting to tell the perfect “69 joke.” It doesn’t get any better. In the most serious room filled with the most serious people discussing some very serious things, Gronk walks in and in a half, a second gets them to start laughing like hyenas. It’s seriously infectious. Spicer is so uncool and awkward that even in the most “easy going” situation like this he gets shook. I will give him the nod for gathering himself and acknowledging that was cool and that the press conference is pretty much over because once Gronk shows up, no one cares what anyone else has to say, even if it is a matter of national security.

Let’s send him to North Korea, by the time he leaves, Kim Jong Un will be singing show tunes and attending Patriot’s games chanting U-S-A!

Then, of course, he will be killed. Almost immediately. Good work Gronk. A true American “Patriot.”