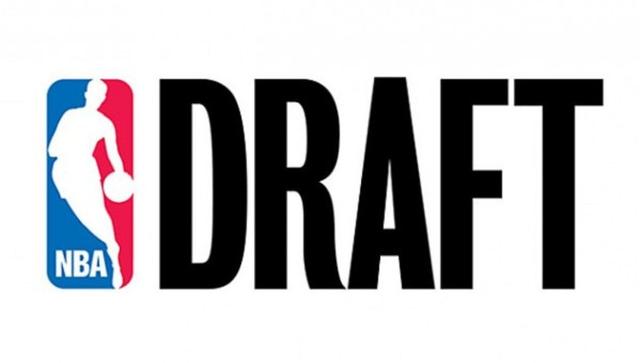 BREAKING NEWS: 5’9” Small Forward in the University of Massachusetts Intramural league, Tommy Buns, has officially declared for the NBA Draft. Yes, for real. The official paperwork is in the works as we speak. When the NBA makes it this easy to apply for a life-changing opportunity you have to jump on it. I might not be the most talented shooter on the court, but I’m definitely a shooter off the court and what do shooters do? They shoot.

Isaiah Thomas look out, there is a new 5 foot-something phenom coming into the league. Sure I’m a little thicker than IT but this Tommy boy has buns of steel and the toughness of Bill Lambier.

After much consideration and input from my loved ones, I have decided to take my talents to the NBA. I wanted to be the first person to break the news of declaring for the draft, but unfortunately, those shmucks Porter Jr., LiAngelo Ball, DeAndre Ayton, and Trae Young beat me to it.

Regardless of the timing of the news, I still expect to be drafted higher than them all.

One advantage I have over all these jokers is that I didn’t have a horrible tournament performance to hurt my draft stock. Think about it, Deandre Ayton, Trae Young, and Michael Porter Jr. all get booted in the first round of the tourney, while Bagley loses to Kansas in the Elite 8. Meanwhile, Tommy Buns is resting up, saving it all for the big leagues.

Unfortunately, I have suffered a minor ankle injury in the first week of the offseason and am slowly, but surely recovering. This in no way should have any impact on my draft stock. Throughout my rehab I have stayed determined and been pushing harder then ever. For if you had your ticket to the NBA swept out from underneath you this is for you! I am doing this for all of those out there who were denied a chance. Who were told they were too short, or too fat or just suck. This is for YOU the American people. Tommy Buns is coming with fists of fury!! And I will not be denied.

Things team should keep in mind, I am a “yes man”. Anything the organization asks for will be met with an immediate yes, no matter how demanding or inconvenient it may be for me. Whether it’s getting the towels for Kyrie Irving or taking charges in the lane against LeBron, I’m your guy. Yeah I aint afraid of no whiney bitch boy named James from Akron. I am also the ultimate team player and locker room guy, bringing constant positive vibes and keeping the mood light with witty and topical humor. Much like what I bring to Bleacher Fan.

This might be tampering, but my top choice is obviously my hometown team, the Boston Celtics, but I will gladly play for any of the 30 NBA Franchises. The chance to suit up for a team in the association would be a dream come true.

My only request is that I don’t get drafted by the Golden State Warriors, I’m not some Kevin Durant, ring chasing, cupcake. Sorry, Steve Kerr, I’m sure you would be a great coach to play for, but I’m not ready for the public scrutiny of going to one of the super teams. You cannot buy my talents!

Also, if I could avoid Lebron James, that would be lovely. I can not stand that insufferable d-bag and his 10-minute long Instagram stories of him “selfie singing” rap songs. C’mon man this isn’t 2015 and you’re not a 19-year-old girl. You’re a 33 old freak athlete, you should not be making selfie videos like a pre-Madonna. See I can already talk smack with the best of em’. And would love to smack that smirk off LeBron’s dumb face.

If any of that was tampering, I would like it formally struck from the record and hopefully, with that disclaimer, it will not affect my draft stock or status.

Now I know what you’re thinking, how is an intramural superstar going to matchup with the best players in the world?

Well, let me tell you.

Think about this…Joel Embiid, one of the premier young stars in the NBA never even played organized basketball until his late teens, I have years of organized basketball experience. I am a seasoned veteran compared to that goofy Cameroonian. They say it’s all about experience and if that’s the case, I have a jump on him, so why not shoot for the moon?

There will surely be more updates to come as the draft grows closer. As it stands now, my request for paperwork has been submitted officially to the National Basketball Association and I am only a few steps away from finalizing my full declaration. Yes, my real paperwork for my real declaration to the real NBA Draft.

June 21st, 2018 will be a day that will surely change my life forever. No matter where I end up on the draft board, I guarantee it will be the best decision whichever team decides to draft me has ever made.

Look out LBJ, there is a new king coming to claim the James Throne, and his name is Tommy Buns.

Should Florida State Fire Leonard Hamilton Solely Because of His Post Game Interview?
Five Bold Predictions for the 2018 Yankees
To Top