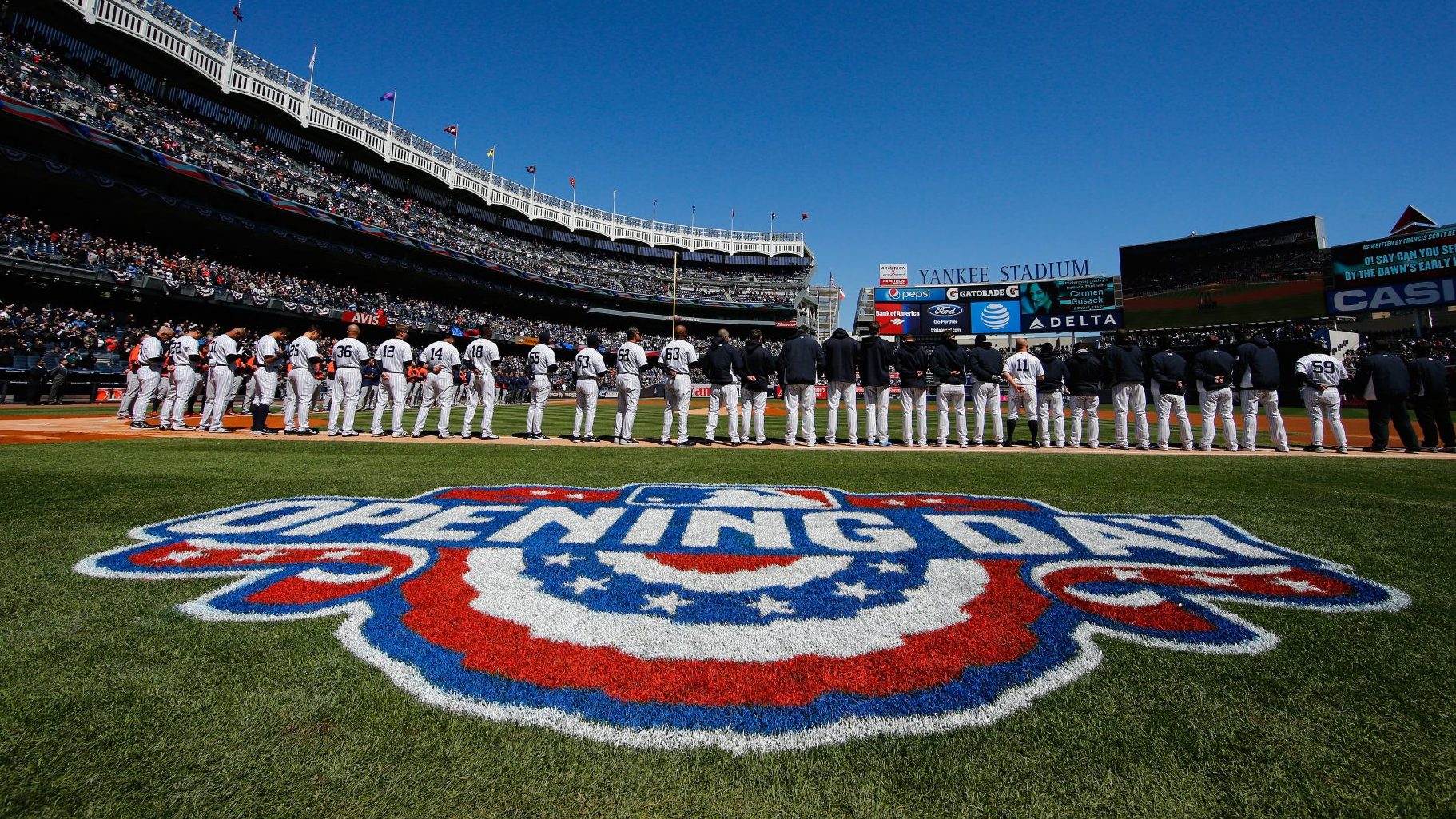 Five Bold Predictions for the 2018 Yankees

We are hours away from the start of a new season for Major League Baseball. Luis Severino will be pitching his first opening day game at the Rogers Center in Toronto 3:37 ET. After a surprise season for the Baby Bombers last year they are now the favorite to win the American League East and some are even expecting a 28th World Championship. Here are some predictions for this season.

CC finished last season 14-5 and was one of the best pitchers from last years postseason run. He is 13 wins away from 250 and still is coming back with something to prove this year. Even with one bum knee, Sabathia has reinvented himself from a primarily fastball pitcher to a finesse pitcher who works the corners. He is slated to be the 4th man in the rotation this season, slightly different than the 5th man like last season. If he can stay healthy in April he will be pitching against the Blue Jays twice, the O’s, Tigers, Angels, and Twins. If he can continue his successful spring. I expect a hot start to the year.

Didi has his best season in his six-year career last year after starting off the season on the DL from playing in the World Baseball Classic. He has made great strides since replacing the captain in 2015 increasing his RBI total each season. In 2015 he had 56 RBI’s, 2016 had 70 RBI’s and last season, 2017 has 86 RBI’s. With the addition to Giancarlo Stanton, I expect him to put it all together this season and reach the triple-digit mark. (proving there is no need to replace him with Manny Machado)

3. Sonny Gray will lead the team in wins

Sonny is coming off a semi-disappointing season but hoping to bounce back. I think he will benefit from being the third man in the rotation this season. Realistically all he needs to do is get to the 5th inning and let the mix of Kahnle, Green, Robertson, Betances, and Chapman take care of the rest. If he can limit the long ball and not have to worry about being traded (like he was last season) then I expect big things. Remember Yankees fans you don’t need to be the best pitcher to have the most wins on the team.

Ellsbury is now starting the 5th season of his 7-year 153-million-dollar contract. Not only will he be starting his season on the DL, but when he comes back he will be joining a crowded outfield. With the likes of Judge, Stanton, Gardner, and Hicks it’s tough to envision a way to get him many at bats. Not to mention Clint Frazier, and Tyler Austin are fighting for the same thing. If he doesn’t make the most of his opportunities, we might be looking at Chris Carter situation from last year. Jesus, why didn’t we just shell out more money for Cano in 2014.

After the Yankees traded for reigning NL MVP Giancarlo Stanton, and Aaron Judge breaking the rookie record for HR’s, its safe to say Sanchez is flying under the radar in 2018. Last season Sanchez had an injury-plagued season playing in only 122 games. Still “The Kracken” put up unreal numbers in 2017 (33 HR’s 90 RBI’s and a 278 AVG). Gary will be batting mainly cleanup this season and worked all offseason to keep off some weight. If he can stay healthy I’m expecting a 50HR 130 RBI 2018 campaign.