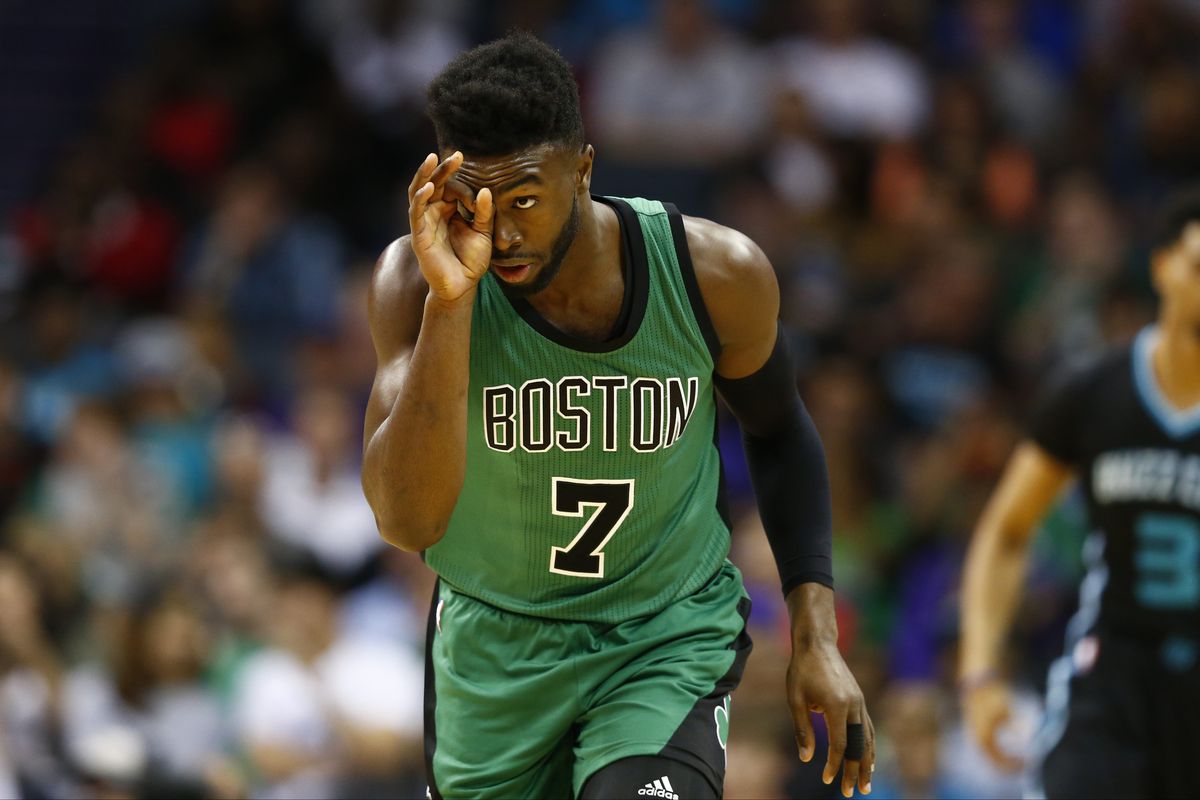 13-4. That is the Celtics record without Kyrie Irving this season. Absolute insanity that this team continues to win without the centerpiece of their team.

This is without a doubt due to the superb coaching by Brad Stevens, as well as the depth this team has.

When these guys are at full strength, they consistently go 10 deep and have some great players coming off the bench that consistently contribute and positively affect the course of games.

Wednesday night, the Celtics finished off a four-game road trip with a matchup against Donovan Mitchell and the Utah Jazz.

This was an extremely hard fought game between a team trying to win out the rest of the regular season in hopes of reclaiming 1st place in the East and a team desperately trying to make the playoffs holding onto the 8th and final playoff spot in the West, by just one game.

This was a back and forth game all the way through, with each team taking a significant lead and having it chipped away by the other team. There were only 5 lead changes this entire game.

Jaylen Brown was playing just his second game back after missing about 10 days with a concussion from this scary fall against the Minnesota Timberwolves:

There appeared to be no rust here because Jaylen went out and did what Jaylen does and lead this team to a big win.

Scoring 21 points including this absolute dagger leaving just .1 seconds on the clock to win the game;

One thing we know about Jaylen is he does not shy away from the big moment and will always be there to step up when he is called upon. In just his second year, he is cementing himself as a solid contributor and an invaluable asset to this Celtics team.

On the year he is averaging 14.2 points per game and grabbing a solid 5.2 boards per game.

Along with this rising player in his sophomore season, another young player has been making a name for himself in Boston, and his name is Jayson Tatum.

Tatum added 16 points of his own in this big road win. It’s always great to see your two youngest players making game-changing impacts like these two do.

In his rookie campaign, Tatum has been a major contributor to the Celtics success. Like Brown, Tatum doesn’t shy away from the moment and has knocked down some big-time shots late in games.

He averages 13.7 PPG and 5.1 RBG, very similar to his teammate Jaylen Brown. Along with these solid numbers, he has proven to be a consistently reliable shooter from beyond the arch. Sitting at 11th in the league in 3-point percentage with an impressive 42.9%. Compare that to Kevin Durant who it’s at 10th in this category with 43.0%, not bad for a rookie.

I’ve said this before and I’ll say it again. There’s no doubt that the Celtics are a much better team with Kyrie Irving on the floor.

The way he attracts coverage form multiple players at a time and his ability to dish the ball out of double, and sometimes even triple coverage to the open man is unmatched. This combined with his ability to find a way to the basket and make seemingly impossible shots has helped the Celtics out tremendously.

With Kyrie likely out through the first round of the playoffs, it is great to see this team continuing to win even without their starting point guard. If they can continue this and win a first-round playoff series, giving Kyrie a chance to rest up and get back to 100%, I believe this team could still make a very deep playoff run.