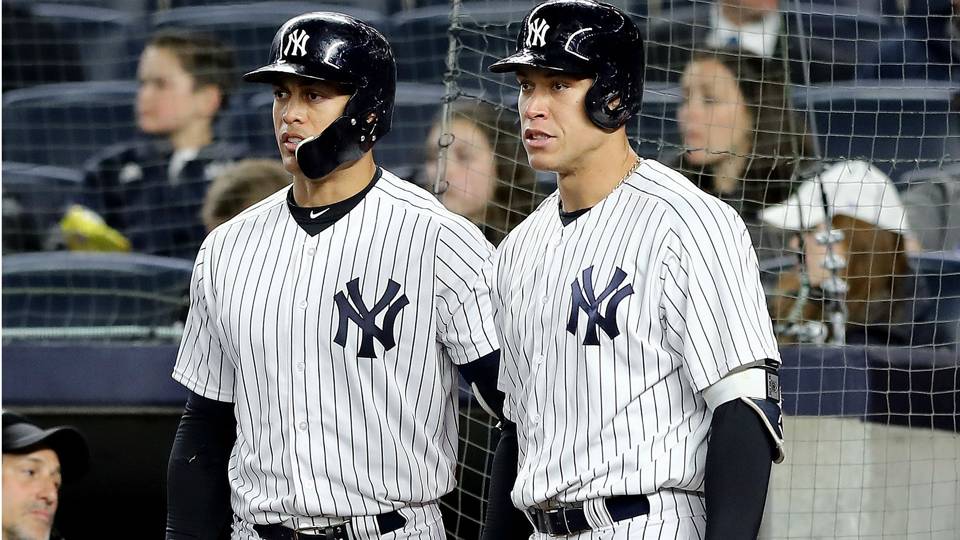 As one of the biggest Yankee fans in the state of New York, this sucks. Not only did we lose the ALDS but we lost it in the Bronx, a place where we were unstoppable last October. This feeling is the equivalent of getting jumped outside a bar. But life goes on and over the last couple of days, I have been able to collect myself and reflect on what exactly went wrong this year and what we need to do to revamp this roster for 2019 season.

Lets first start with the starting pitching. Luis Severino was unbelievable in the first half of the season putting up CY Young type numbers leading the AL in wins and Era at one point but he had a horrific second half. He got himself a little redemption going 3-0 in his three starts and pitching four shutout innings in the one-game playoff against Oakland.

His season probably could have ended worse on Monday giving up seven hits and 6 earned runs in a 16-1 rout of the Yankees which really ended their season in my eyes. That was the knife to the chest. That is something tough to come back from. I am not going into get into Tanaka that much because he came up clutch in Game 2 when the Yankees needed him so his mediocre season I can forget about as long as he comes up big in the postseason.

Then we have J.A. Happ who was probably one of the best additions the Yankees made all year going 7-0 with a 2.69 ERA. In my eyes, none of this matters anymore because he got hit hard in Game 1 of the ALDS only going two innings and giving up five runs which included a three-run bomb by J.D. Martinez. If you play in New York it’s all about what you do in October and Happ didn’t step up to the plate.

I love C.C. Sabathia but this year proved to me that his great run in Pinstripes is up. I can’t complain because he came through for us time after time and I’m not going to sit here and say he choked or couldn’t handle it Tuesday night because the honest truth is he just doesn’t have it anymore.

Not even going to say anything about the bullpen everyone knows how good they are. Signing either Robertson or Britton and will make the Yankees brilliant on that front once again in 2019. The Yankees offense put together a historic home run hitting season posting a major league record 267 homeruns. What made it even more impressive was that Didi Gregorius missed a handful of games along with the Yankees best player, Aaron Judge missing approximately 50 games.

I can’t even imagine how many they would of hit if those two didn’t miss games. But honestly, I don’t care about the home runs. Home runs are great and all but you need to play small ball do the little things and the Yankees haven’t in the last two years. They need to learn how to get better at situational hitting, stealing bases, and moving people over. The Astros and Red Sox’s are both stellar at it, but it’s time for the Yankees to catch on.

Aaron Boone has to take a look in the mirror and come to grips with the fact that he had a rough rookie year as a manager and focus on a fresh start in Spring Training.

The Yankees can solve all of their problems this offseason by following some simple steps. Everyone who thinks we need a new catcher needs to just shut up. Sanchez played great behind the plate in the ALDS and had some clutch hits. He will be fine I promise.

I don’t think our offense needs many tweaks but they need to get better on defense. Torres and Andujar need to just take ground balls all offseason.

I think you let Luke Voit stay on the team but sign another first basemen just for insurance.

They need to resign McCutchen and get rid of Gardner, on top of keeping Neil Walker. I am sure the Yankees will go after Bryce Harper and if that happens I will obviously be happy but I don’t think Harper fills a need. He is a luxury at this point. Luis Severino will recover from this year and should bounce back better than ever next year.

Severino and Tanaka will be solid again for us next year but we need some more arms. The Yankees need to chase starting pitching this offseason and that all starts with aggressively chasing Diamondbacks left-hander Patrick Corbin via free agency.

They should also aim to resign J.A. Happ. This means the Yankees will have four solid starters. The fifth starter will be up for debate. They could either try rush Justus Sheffield into the rotation and hope he develops fast or they can make another huge splash and go after Max Scherzer via trade.

People might laugh and say that’s not possible. Don’t laugh too hard because Brian Cashman is 100 percent livid about this year and is going to do everything in his power to bring a championship to New York in 2019. The Evil Empire will be back and we’re here for all the hate coming our way.