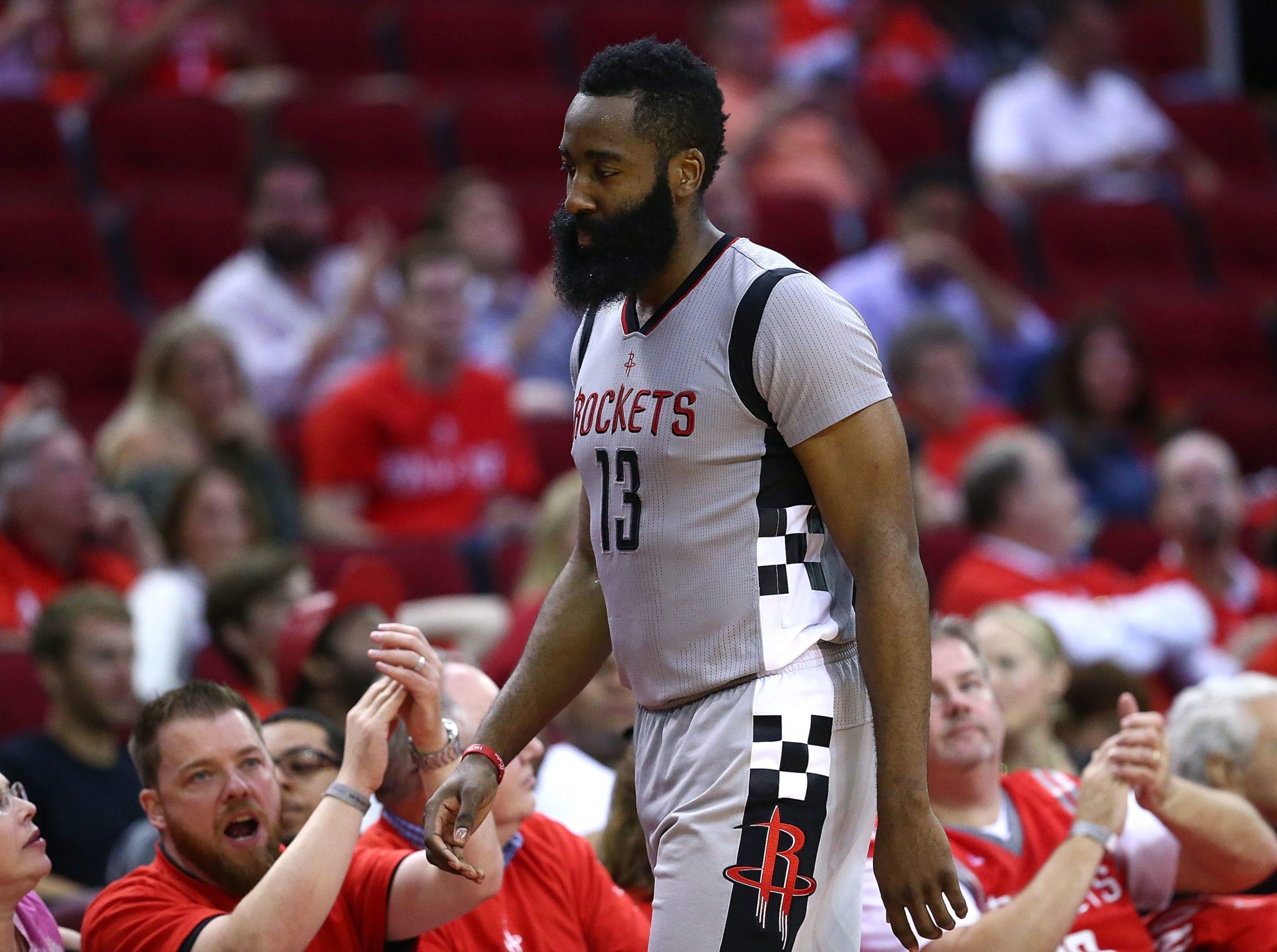 Listen, I gamble on sports, like A LOT. Like very close to 7 days a week for a decade. I will gamble on pretty much anything, anytime, anywhere with anyone. Do you want to know my least favorite day of the year? That stupid day in July after the MLB All-Star break when they have the ESPY’s. It’s the ONE DAY the entire year where no American professional sports are played. It’s miserable. Both because there are no games to bet on and because I’m forced to at the very least tune into the ESPY’s briefly. Need to get my fix of sports for the day. Maybe someone trips on the red carpet, great Bleacher Fan content.

That being said it’s unfathomable to me that no one is talking about the possibility that James Harden was shaving points during that game. I feel like I’m taking crazy pills. This couldn’t have been more textbook and stereotypical. Every movie, every documentary we’ve seen about fixing games, James Harden was all of those on Thursday night.

It wasn’t merely his atrocious stat line though. It was the way Harden looked on the court. He looked like he was literally trying to lose. He had more turnovers than made field goals. Harden didn’t have a single shot attempt until 6 minutes into the SECOND QUARTER. James fucking Harden, who takes 250 shots a night, is the ball controller and best player in a Mike D’Antoni offense, didn’t even attempt one single shot until 1/3 of the way through the biggest game of his entire life.

Physically he looked drained and uninterested. I see a lot of people talking about his fatigue over the course of the season and how his body may have finally just given out. Umm no, that’s not how this works. You don’t go from having the energy to drop 30 plus to two days later being barely one step above losing your motor skills. You don’t fall off a cliff in a matter of 24 hours due to progressive fatigue.

Is this whole thing one big conspiracy? Tim Donaghey round numero dos? Why else would no one be talking about the possibility of this? Not even enough to utter the words? His body language alone was enough to be a cause for concern. I’m not saying he was shaving points, but I will say I haven’t heard a better theory or excuse yet. Let’s also not forget James Harden attended Arizona State University. Home of one of the most famous college basketball point shaving scandals in sports history. Who knows what connections to the gambling underworld he made in that time. That’s just good detective work right there by me. Textbook putting 2 and 2 together.

James Harden going to the club right after the loss isn’t a good look either. Not because it looks like he doesn’t care about his team. Because he looks like a guy who just won a bunch of money doing something he probably wasn’t proud of and needed to blow some steam off and get his mind right, or at least distracted. It’s either that or, James Harden just isn’t very good and he could care less about the ultimate success of his team.

I don’t see any other paths and neither seems to be a win for Harden. Might as well get wasted, do some drugs and bang a Kardashian who doesn’t smell terrible down there.