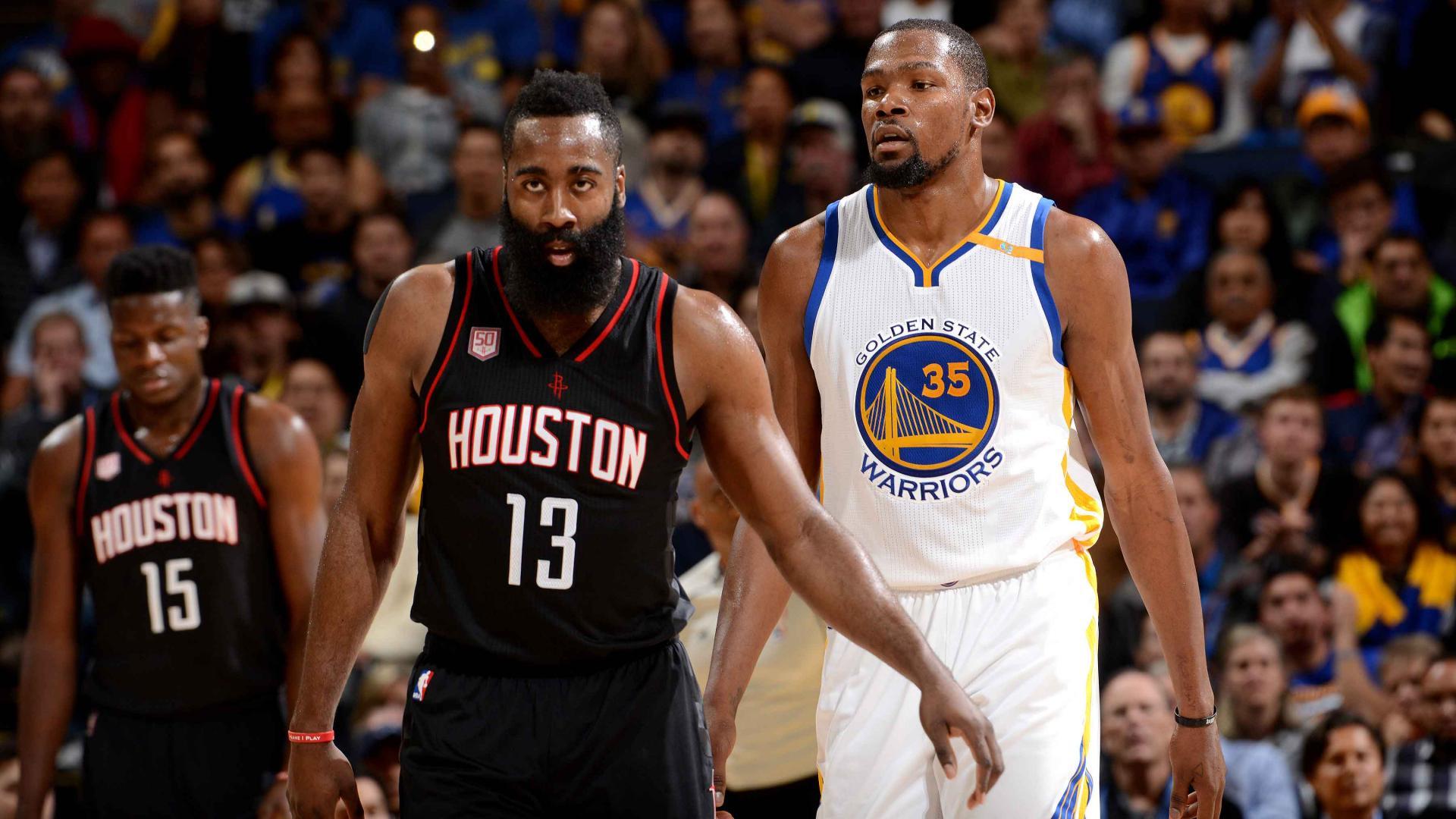 Ah, it’s finally here the Western Conference Finals, even though we really know this is the NBA Finals. No disrespect to LeBron or The C’s but neither team is winning more than two games AT MOST verse these powerhouses. Almost everyone is picking the Warriors to win this series with little to no worry. Am I shocked? No, but I do think people are sleeping on the Rockets. They’ve been my pick to win it all and I have them winning this series in 6 games. But first and foremost tonight is a MUST WIN GAME!

A Must Win Game 1

It’s funny how series can have completely different dynamics and importance of certain games. Like in the East, the C’s TROUNCED the Cavs, very impressive. But nobody is really that concerned on the Cavs sideline because of one man, LeBron James. They are still confident and James teams are 8-3 when losing Game 1’s.

However, if Houston has any hope of winning this series, they must win Game 1. The Rockets were so impressive this year on both sides of the ball. Second in Offensive Efficiency to only the dubs by a minuscule margin and FIFTH in Defensive Efficiency. That’s right Houston isn’t only a good defensive team they are an elite defensive team contrary to common belief. The Warriors were tenth and although they cruised in the regular season should be improved.

The Rockets fought tooth and nail with the Warriors vying for the coveted home-field advantage for all of the playoffs. It was close until a myriad of injuries devastated the Warriors lineup leaving them a full 7 games behind them in the standings to end the year. So Houston accomplished Part 1- secure home field advantage. But you know what’s even harder than securing home field advantage? Not giving it up to a team with 4 top 15-20 players to put it nicely.

What would all that work be for if they lost Game 1? It would go to complete shit and before-not. Think about what a buzz kill that would be to a team that has constantly disappointed in the Rockets. Also, although Coach D’Antoni has done a great job this year he’s not exactly Brad Stevens or Greg Popovich or even an outstanding motivator for that matter. The team would be decimated and deservedly so. Losing what they fought all year to gain to their big brother. A team Daryl Morey said he “obsesses over”.

I know what you’re probably thinking, why Game 1 and not Game 2? Well, the thing is if you lose Game 1 now you’re in press mode and at risk for getting swept at home to one of the best teams ever. If they go down 0-2 and fly to Golden State there’s a chance they don’t even comeback home. Now I don’t foresee this happening nor even think it’s likely. But at least if they win Game 1 and lose Game 2 they’re even with them and can grab a game in GS to regain home-court.

The psychological hit it would give to the Rockets would be harsh. I love the way Chris Paul is playing and believe his mid-range game gives them a whole new element to their offense. Not even to mention his defensive on-ball skills. But still for a player who is making his first Conference Finals, if they lost Game 1 I couldn’t blame if he said: “here we go again”.

I think most people are expecting Houston to win Game 1 and Golden State to comeback and take Game 2. State just needs to grab one of these two games to feel comfortable. Most think they will. I’m very much sold on this Houston team and am telling you now if they go up 2-0 they will win this series. If they go up 2-0 it’s ending in 5 or 6.

So many people are saying “I’ll believe it when I see it from Houston in the playoffs”. But guess what? I’ve been seeing it all year from this team. They have been the best team in basketball all year. So far they’ve beaten two great teams in 5 games in the playoffs in the Timberwolves and Jazz. The Wolves were a 3 seed before the Jimmy injury people forget- that was no typical 8 seed make no mistake about it. Although the Jazz were beat up they still got the job done, and fast.

I think something that is being highly overlooked is two key off-season additions in P.J Tucker and Luc Richard Mbah Moute. The thing is with these guys, they’re not sexy players. They are ugly, grind it out, get in your face players whose value goes far beyond the stat sheet. The will get in your grill and defend you tooth and nail. These two plus Trevor Ariza will get the ever-impossible challenge of defending the second-best player in the world; Kevin Durant.

I hear NBA “analysts” basically mocking these guys and their ability to defend. Quite simply inaccurate and disrespectful. Don’t get me wrong KD will still get his, he’s a 7-footer with ball skills of a PG. He can and will go get his mid-range shot at will over anyone as it’s nearly unarguable. Similar to the faces the Celtics are and will throw at LeBron James the Rockets will look to do the same. They won’t back down from the challenge and will at the least tire him down so he has less on the defensive side on the ball. What does this mean? Maybe KD is late on the weak-side help off the pick and roll giving up an open alley-oop from Harden to Capella dunk.

What about CP3 and Harden?

In Chris Paul and James Harden, you have two-floor generals who can facilitate the offense with ease. You almost never see both on the court at the same time which brings great stability to the offense when the bench comes on. Going into the year I knew they would be a great fit as they both are willing and unselfish passers and can knock down pull-up 3’s. Although Harden hasn’t been overly efficient in the postseason which is something that could hurt them against Golden State.

But still the next game Harden can comeback and get you 45 and not on 44 shots like Mr. Triple Double. Harden is one of the best isolation players of all time. He will break you down off the dribble, pull-up from 30, or do his classic pump fake and catch your hand in the cookie jar for 3 FT’s. It’s so cheap but he’s sooo good at it. Isolation basketball isn’t something people normally are a fan of. But the Rockets are a rare breed of being so efficient offensively without racking up the assists or ball movement of a Warrior or Spurs team.

Something people don’t realize though is isolation basketball when as efficient as the Rockets are can be a PLUS actually. Isolation basketball has less ball movement, with less ball movement there is less passing, less passes equals less chance of turning it over. This is in part why they are so efficient, they don’t turn it over. They were sixth in turnovers per game at just 13.4 compared to the ball-friendly Golden State team who was 26th this season at 15.2 per game. Two possessions may not seem like a lot but it can be the difference over the course of a close back and forth game.

If the Warriors are sloppy with the ball, they will lose this series. Chris Paul is one of the best on-ball defenders. I leave you with this. Clint Capella is coming off back to back series of out-performing Karl-Anthony Towns and Rudy Gobert. He is a perfect fit for the D’Antoni run and gun offense. An unselfish big who rebounds, blocks shots, and runs the floor and is rewarded for it. He’s not better than either of those players above but he knows his role and he does it exceptionally well. Rockets in 6, stay woke.