Stephen Jackson both during his career and in retirement has never held back anything he felt he needed to say, or do for that matter. Although, the stuff he was insinuating about JJ Watt on Instagram was pretty daunting, even for him. Over the weekend JJ Watt said he would pay out of pocket for all of the funerals for the ten kids who tragically lost their lives in the Sante Fe school shooting. When ESPN put this on Instagram, Stephen Jackson was quick to comment. The first one was just the beginning.

Jackson first comment seemed to be alluding to the fact that JJ Watt somehow hasn’t used this money donated for Hurricane Harvey relief. Claiming that he would have had the entire state of Texas fixed by now with that kind of money. 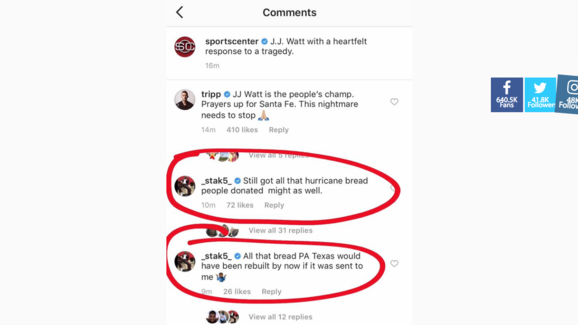 Those are some pretty heavy claims. I mean he basically is saying JJ Watt is somewhere between stupid and a thief. At first, you think that it’s just Jackson trying to start some shit, but he kept responding and even posted some comments on his own Instagram. 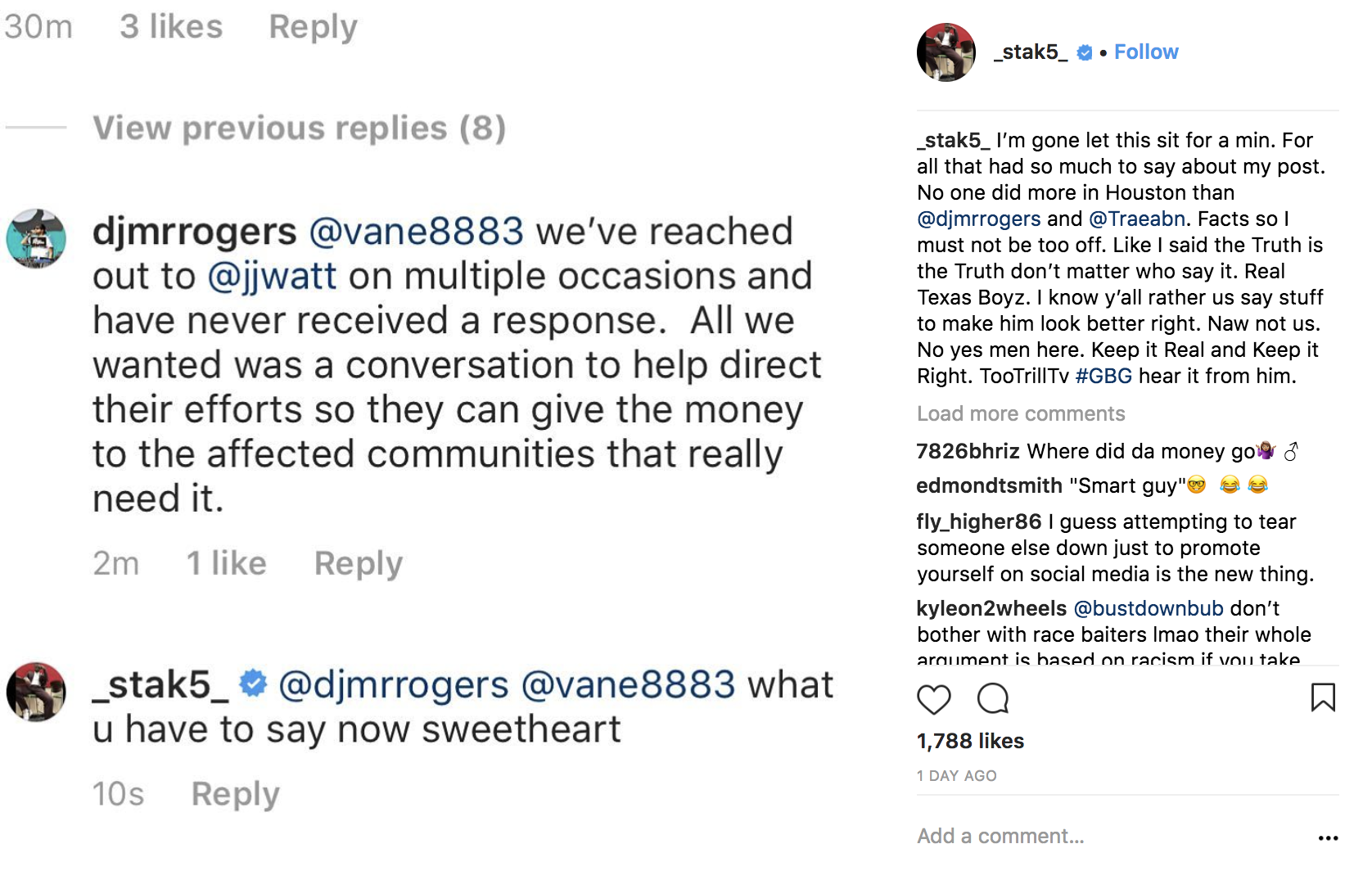 I went from thinking Jackson was crazy to maybe he’s crazy enough to be right? That’s a pretty big accusation. He knows this will get to JJ Watt and will get picked up by various news sources and websites, like this one. You usually don’t make claims like that without any evidence or if you don’t believe it to be 100% true yourself. He even tagged other people and they responded by backing up Jackson’s claims. It turns out Jackson has tried to get to the bottom of this himself or at least knows the people who have. Maybe JJ Watts people didn’t know who is this person contacting them was? Maybe they didn’t find it legitimate, or maybe there’s something shady going on.

Now I’m not saying JJ Watt stole that money. I’m not even saying any had gone missing or not been used. But is it POSSIBLE some of the money wasn’t exactly used in the best way or provided to the right people who need the most help? Sure, I think that’s definitely possible. In fact, it’s probably very likely given the amount of widespread devastation and the enormous amount of money. There’s bound to be waste and misuse.

Jackson though is pointing to something more here. He’s pointing to some purposeful wrongdoing, whether on the moral or legal level. Regardless if Jackson is in any way right about JJ Watt and that money, just him making those comments is something noteworthy and worth getting to the bottom of.