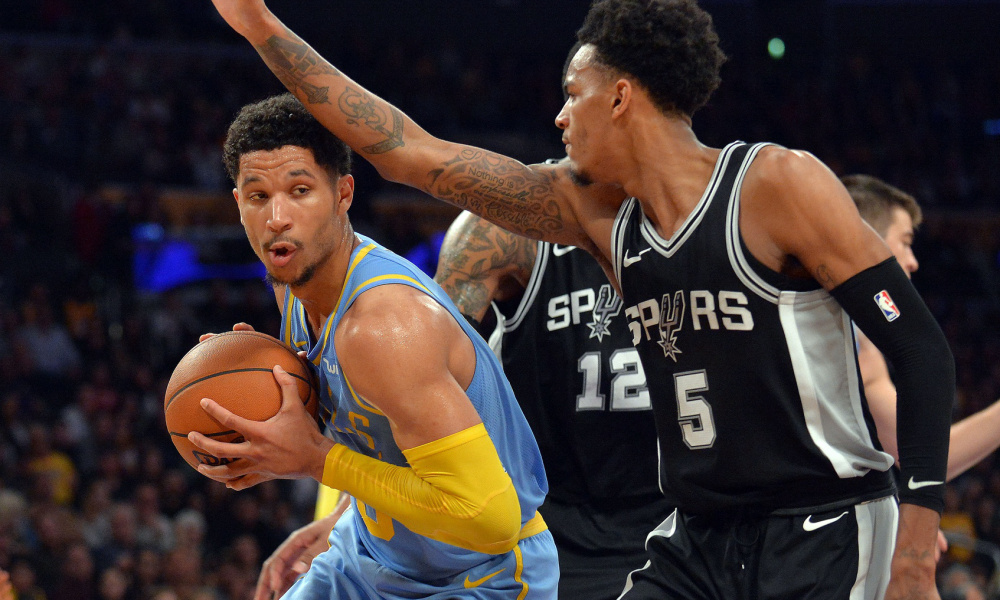 ESPN has been known to make some on-air blunders, but they’re usually a misspelling of a graphic or a weird stat that doesn’t make any sense. But on Wednesday while airing a nationally televised Lakers-Spurs game with playoff and season over/under implications ESPN committed their biggest on-air blunder in recent memory.

With the game tied and less than 5 seconds on the clock, the hometown Lakers had a chance to win the game on the final possession. Josh Hart caught the inbounds took a few dribbles and made his move to the hoop. Right as his feet left the ground, the screen cut out and went to a random commercial for about three seconds. Missing the potential game-winning shot entirely.

Didn’t get a single bit of it. It was like the longest and worst timed subliminal ad of all time. And the subliminal message was fuck you sports fans, fuck you America. It cuts back just in time to see the two teams walking to the bench for overtime. Just imagine if they had missed the actual game-winner, it would have been a national blooper reel headline and rightfully so. They are so damn lucky Josh Hart missed a layup.

When the game ending in exciting fashion in overtime anyway, the blunder went largely unnoticed. Except for by the Nets social team. They don’t exactly have too much great basketball content to be tweeting and Instagramming this season so they decided to troll ESPN be remaking the exact blunder they had made.

@dloading with some NICE moves

It turned out great. If you missed the one that happened live during the Lakers game, no problem because the Nets post is an exact recreation. None of that “based on a true story” shit here. Nah, this is practically a documentary. It might as well be original footage. It’s always the lesser teams that have the best social teams. The Nets, the Kings, the Suns and for the past few years, the Sixers. The Knicks suck both on the court and on the internet. Which surprises exactly zero people.

It’s also not lost on us that the clip was of D’Angelo Russell. That’s some sophisticated trolling with layers. Bravo Nets. Always making us laugh both on and off the court.