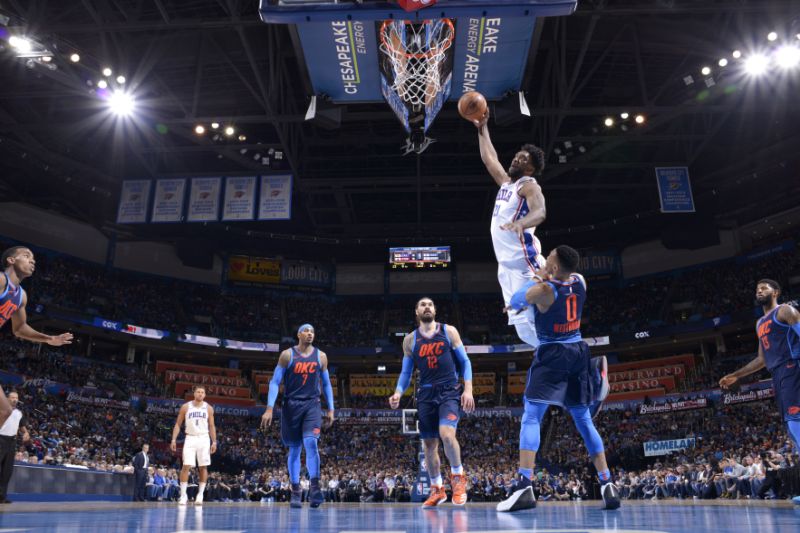 Embiid dunks on Westbrook and then stares him down. 😱

Wooooof! Can someone please make sure Russell Westbrook is alive? That was a posterization of legendary levels. an instant classic, instant poster, no doubt about it. Maybe we should ask Joel Ebiid, he got a real good look at him after the dunk. Either the star was an intimidation thing, or maybe Jojo was genuinely concerned about Westbrook’s well being.

Embiid, as expected, despite the loss had to make sure Westbrook never forgot about what had happened tonight. He had to immortalize it on Instagram. That’s Embiid’s game and he’s gotta stick to it. Sure the Sixers lost the actual game, but Embiid is a glass half full type of guy. Always optimistic, always seeing the best in every situation. The best of this situation just happened to be him demolishing Russell Westbrook’s hopes, dreams, values and physical well-being. Tough one to swallow for Russ. No one will remember who won this game two weeks from now, but they’ll remember that poster.