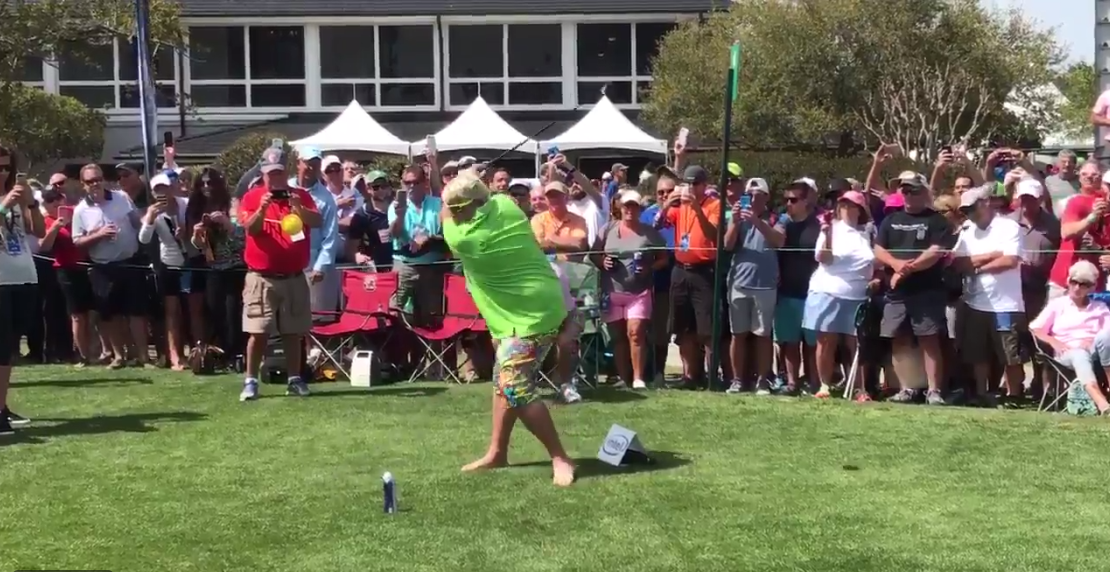 WATCH @PGA_JohnDaly smash a ball off a beer can and then chug it. All while barefoot. #MAM2017 #myrtlebeachgolf #bossstatus pic.twitter.com/QIIik19C1S

This man time and time again never ceases to amaze me. Everything about this video is peak John Daly. The epitome of everything he stands for and represents. As American as it gets.

John Daly has life figured out. It might not be the healthiest lifestyle but it’s definitely the happiest. Daly doesn’t have a care in the world and he lives his life that way. He did have a failing bar at one point but John Taffer came in and rescued that shit real quick for him. Crisis averted.

Daly probably walked off the beach or a sand bar right before this. Has to be at leat 10 beers deep, no shoes, untucked shirt and his party shorts on. Always gotta respect the beer can golf tee. We’ve all done it, it’s awesome, especially if you can keep the beer unharmed. Daly almost executes it perfectly. I imagine the drive was a 425-yard bomb right down the pipe. He knocked the beer over but recovered with probably the quickest most athletic move of his career by snagging the beer and finishing off the epic scene with a full chug. All while smoking a cigarette. This man’s talent is so understated. Him being a professional golfer is at best his 3rd most impressive trait. But doing all of them at once makes him a legend amongst men.

In John Daly’s world, there’s only one acceptable way to live life and hit a golf ball, “Grip it and rip it.”