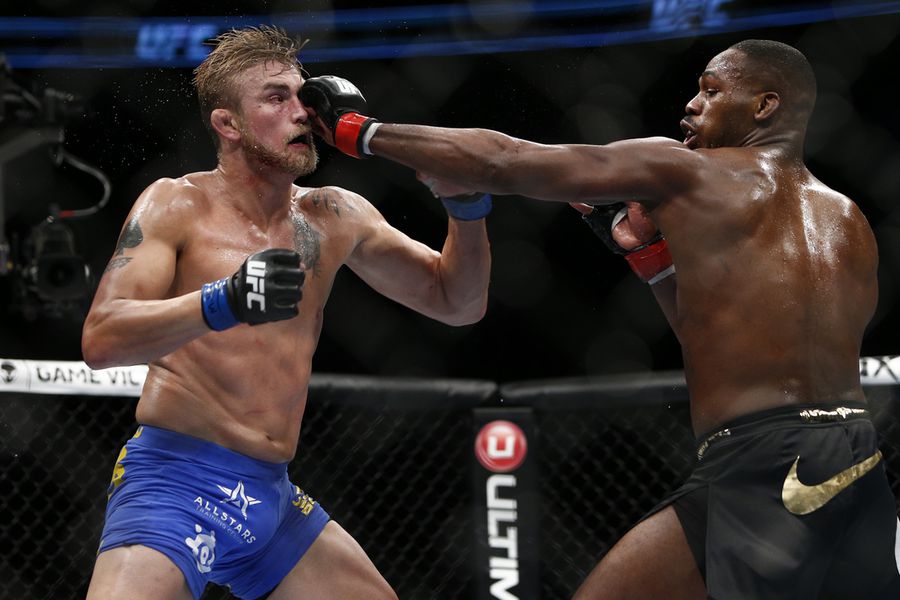 With the “champ champ” Daniel Cormier defending his UFC Heavyweight title against Derrick Lewis in October at UFC 230, he will be stripped of the Light Heavyweight title in order to create a championship match in the 205-pound division.

Jon Jones last fought in July of 2017 when he defeated Daniel Cormier for the LHW championship. The match was later ruled a no contest due to a violation of the United States Anti-Doping Agency’s banned substance policy.

Many believe Jones to be a cheater, while some, including Jones, claim it was a tainted supplement that caused him to fail a drug test. Jon Jones was facing a possible four-year suspension, but just last month USADA decided to give Jones a 14-month suspension with a retroactive element, making him eligible to return to the octagon by the end of October.

No reasoning has been given as to why USADA decided to go with this punishment rather than the much longer suspension, but I as well as many other fight fans couldn’t be happier to see the greatest pound-for-pound fighter in UFC history make his return.

Jones and Gustafsson last met five years ago at UFC 165 for the Light Heavyweight championship, and boy oh boy, it was one for the ages.

These two guys pushed each other to the absolute limit and it took Jones landing several massive head kicks in the final round to retain his Light Heavyweight championship by unanimous decision.

Now five years later, these two absolute legends in the 205-pound division will meet again for the same championship.

Jones, who is 22-1 with 1 no contest in MMA will have to go to war with Gustafsson, who is 18-4 in his MMA career and is definitely worthy of competing for the title come December.

This rematch is such a long time coming, with two other rematches were supposed to take place at UFC 177, but Jones never agreed to the rematch for 177 and when UFC 178 rolled around, the rematch was actually set.

Unfortunately, the Swedish Mauler suffered a torn meniscus and was replaced by Daniel Cormier. This would be the start of a vicious rivalry between Jones and Cormier that is still alive and well today.

I can not wait for this fight, the UFC has had one of it’s biggest years in history and I couldn’t think of a better way to end the year than seeing these two animals try and kill each other in the octagon.

Jones vs. Gustafsson II is going to be one for the ages.