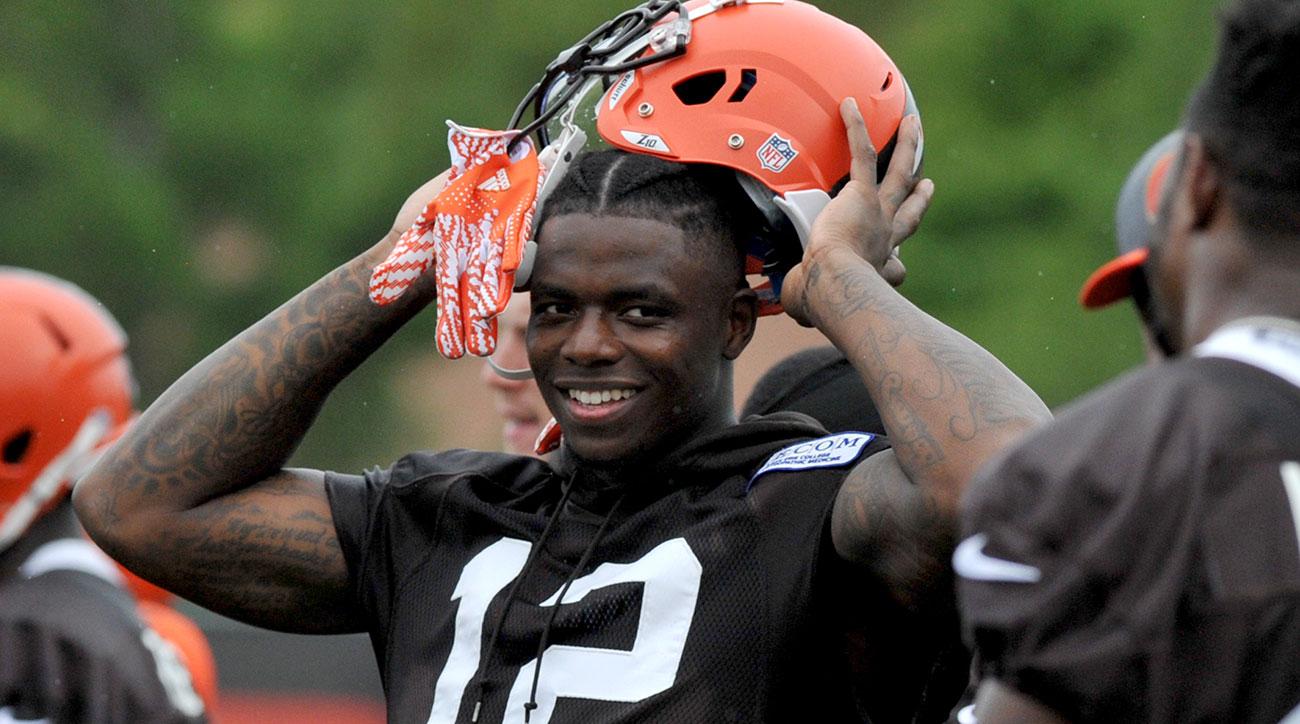 As a sophomore at Baylor he says he was receiving as much as six pounds of weed—vacuum-sealed and wrapped in Mylar, sprayed with kerosene and covered in coffee beans to mask the smell, shipped through U.S. mail—every week from a dealer back home. He would drive to Dallas, Austin and San Antonio to sell it, and he estimates he was bringing in upward of $10,000 in profit every month. He was arrested for possession in fall 2010 and one year later was indefinitely suspended for failing a school drug test.

Gordon says he smoked marijuana every day at Lamar and drank vodka from Minute Maid bottles during class. His junior year he started drinking codeine syrup mixed with soda—or “lean”—every night. Whenever someone offered, he’d pop Xanax, hydrocodone, oxycodone. Before football games he’d chug Mad Dog 20-20 straight out of the bottle just to see if he could play drunk.

Now, this is just a small excerpt from the huge Sports Illustrated interview but its a damn good read. Gives you some real insight into just how fucked up a life Josh Gordon has had up to this point. A life filled with gangs, daily felony’s, bullets and prison time. All before the age of 18. Before Baylor and before anybody even knew his name. That changes some shit in my mind. For most people selling weed and playing football drunk at a top 25 program would be the craziest, dumbest and most dangerous things they’ve ever done. In the grand scheme of Josh Gordon’s life, its barely a footnote.

But we’re not here to get too deep, we’re here to admire the fun side of Josh Gordon’s life and make no mistake about it, these two little footnotes are the fun side and also wildly impressive. First of all just being able to sell that much weed has to take time and skilled planning. He did that without being found out and while playing on the football team. Now Baylor hasn’t turned out to exactly be a moral compass the last few years so maybe this just wasn’t a big deal there, but its a big deal. This guy was tearing people up in college and the pros high as a kite and drunk as a fucking skunk. Imagine what he’ll be able to do when he’s sober?

He spent his entire career playing with the opposite of performance-enhancing drugs. Drugs that were supposed to make him worse at pretty much anything that involved motor skills or functionality. He led the NFL in receiving yards while on the worst team in the league, with the worst quarterback in the league.

This means one of two things, either the entire NFL better watch the fuck out because Josh Gordon is a superhuman that despite being greatly disadvantaged still destroyed every cornerback on the field. The other option is that the entire drug system has to be redefined. We have to rethink the science and go back to the drawing board on Weed and Alcohol. They officially need to be reclassified as performance-enhancing drugs. Same as HGH or anabolic steroids. Either way, Josh Gordon wins. He’s either a marvel of human existence and athleticism or the founding father of a whole new world a substance uses. No matter which one it turns out to be, I’ll be rooting for Josh Gordon every time he steps on a football field.