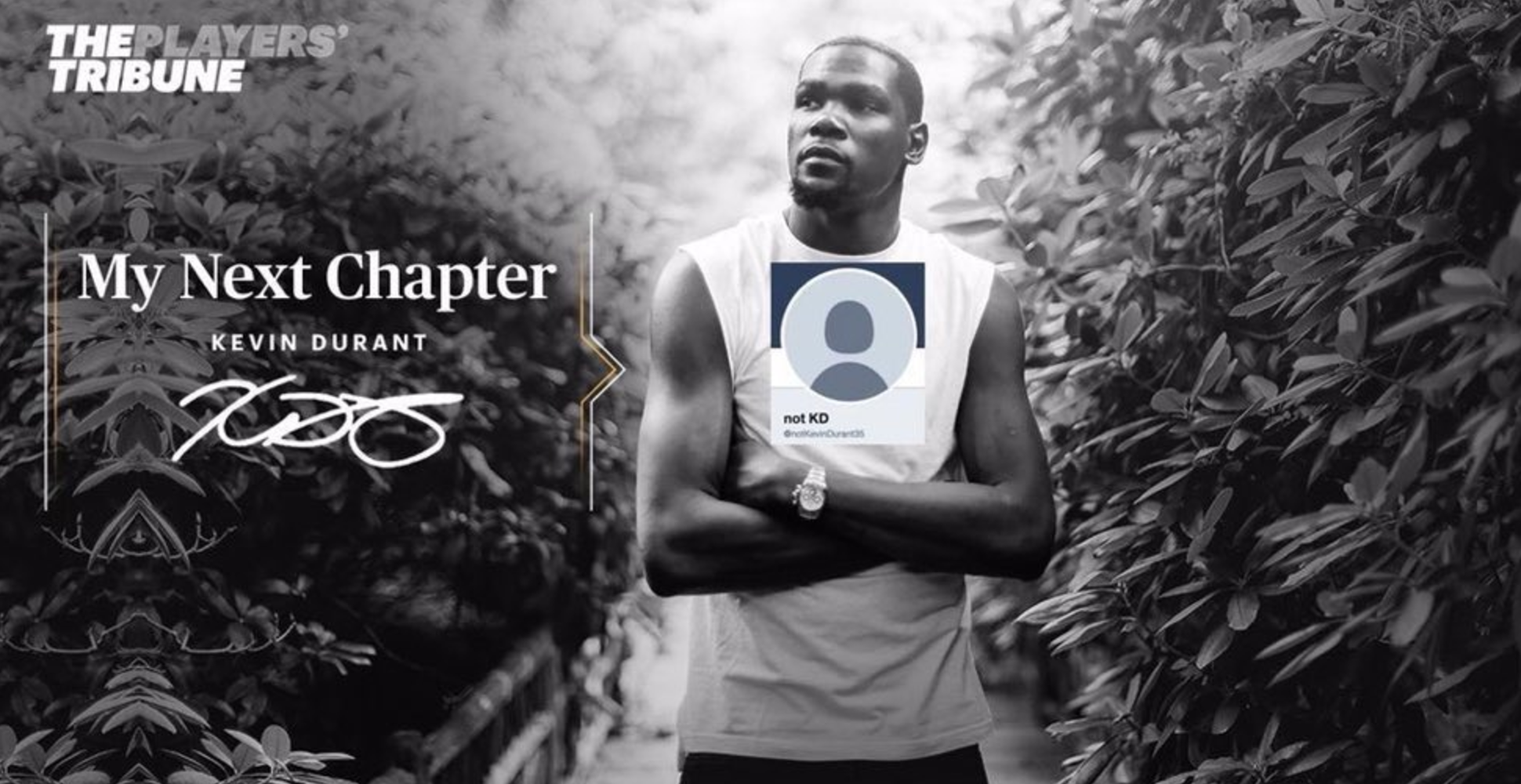 This whole fiasco began yesterday when Kevin Durant tweeted the below in response to a fan. 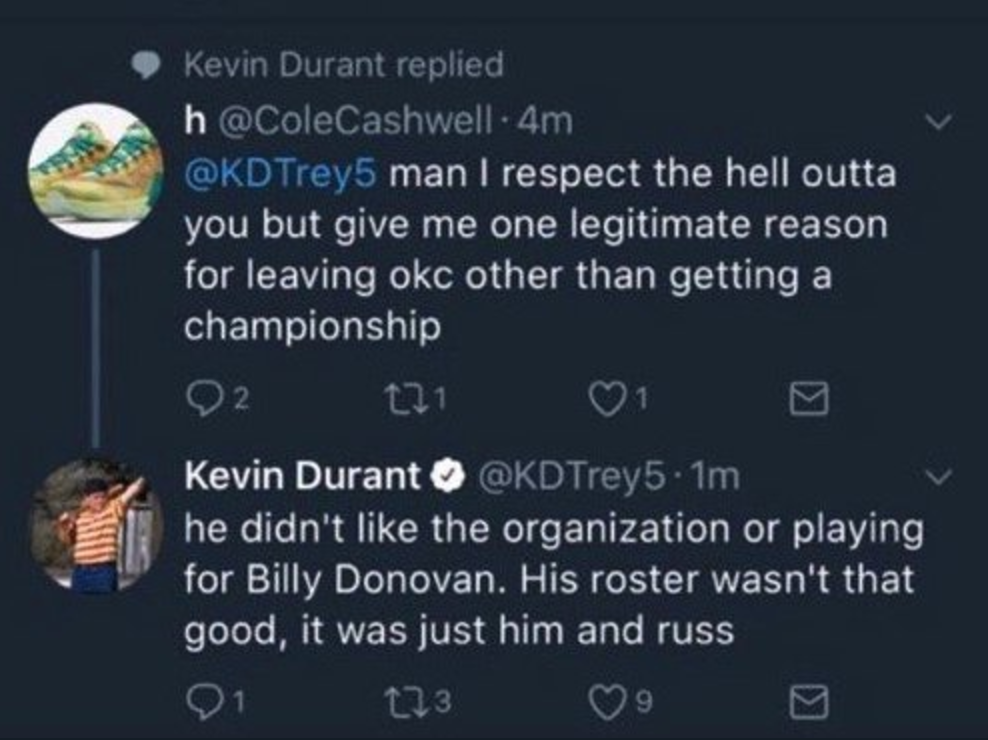 UH OH… someone forgot to switch their accounts. Everyone saw this and FREAKED out. But why? Everyone’s first thought was “Oh my god Kevin Durant has a fake Twitter he uses to answer fans and defend himself on Twitter?!!!!” My reaction was “Yeah, no fucking shit.” Yes, that sucks the Durant forgot to switch accounts and got burned real hard, But if you’re one of those people who was shocked by the fact those accounts exist then, boy are you behind the 8-ball. I literally could not believe how naive everyone is about this. Utterly shocked.

Do you know how many big-name athletes have burner Twitter accounts and do the exact same thing Kevin Durant does, except they remember to switch accounts properly? Every. Single. One. 100% of superstars. If they’re not personally running their 2nd and 3rd Twitters, then their agents or managers are. Most of the biggest KD haters are LeBron fanboys. If you think Lebron doesn’t do this exact same thing, then you’re also the person who’s gonna raise a daughter and not realize she’s a stripper until you’re halfway through a lapdance with her. There’s no hope for you.

Think about it, it kind of makes sense in ways. It’s not meant to trash talk teenagers necessarily. It’s a way to engage with fans and blow off some steam by tweeting your true opinions. Which is what Durant was intending to do here. Why do I say that? Because what he said was accurate. It was clear he was not the biggest fan of Billy Donovan. Durant was loyal to Scotty Brooks. It’s also clear how terrible the Thunder’s roster was outside of Durant and Westbrook. Durant can’t say that though. He can’t tweet it. Or else it turns into a media circus…as we’ve just seen. This is a logical out.

Kevin Durant could have just left this alone. He was silent for two days. People weren’t that far away from completely forgetting about it. Then he decided to open his mouth and come clean. But again I ask, why? He had nothing to gain. There was no proof of what other accounts he was using, no one knows those handles. We still don’t. We never will. There’s simply no way to know outside of Durant spelling them out for us. Maybe he knew he’d be asked about it at his impending Tech Crunch appearance, an appearance which would be seen by millions. This is what he had to say…

He gave the PC answer. The “I messed up I’mm sorry, let’s wake up and forget about this tomorrow” answer. Which everyone will. And everyone should. This wasnt some huge breaking news. If it was to you, I’m still at a loss for words. This was simply Kevin Durant a guy that people love to hate and for some legitimate reasons, getting caught in an ebarrassing situation. So sit back, point and laugh at him, because this warrants nothing more.