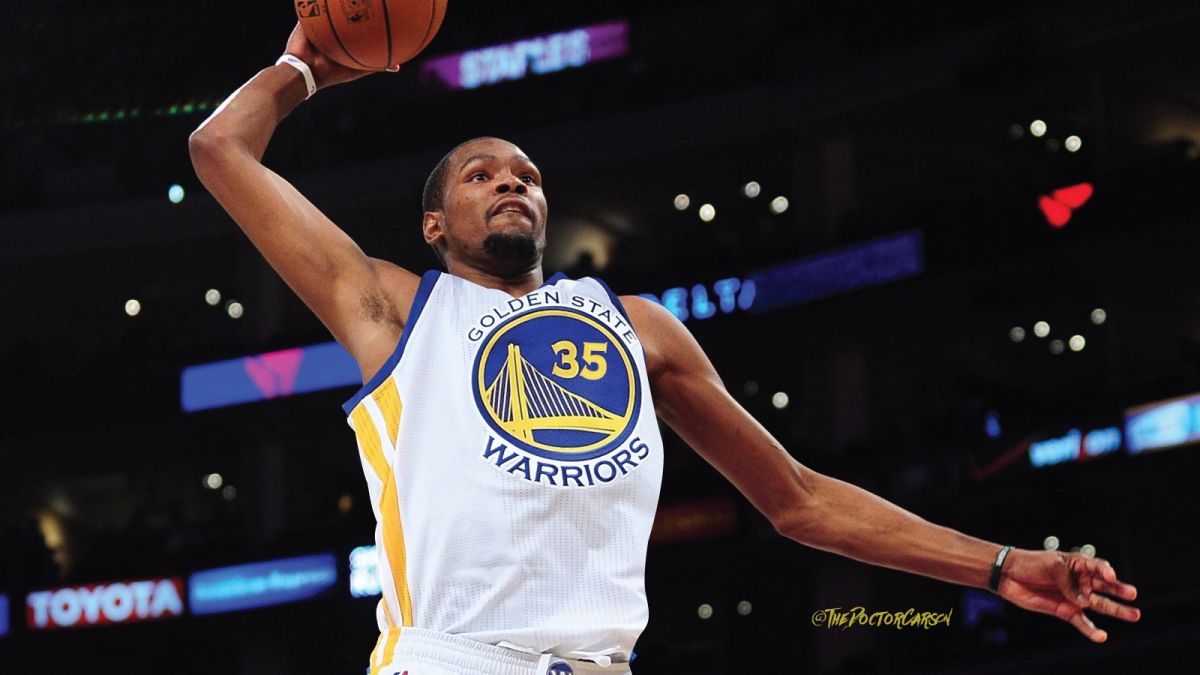 Kevin Durant has been facing criticism after his comments in regards to the NBA playoffs. Specifically, Durant said “If you don’t like it, don’t watch” in regards to many lopsided affairs this postseason. Apparently many fans and Stephen A. Smith had a problem with these comments. Smith proclaimed.

The day following his original comments Durant went on to say.

“If you don’t like the way the game is going, just turn it off. If you’re enjoying it, just keep it on. Life is simple. I didn’t mean it to disrespect anybody, but if you felt disrespected I’m sorry. But if you don’t enjoy the game, turn it off and tune something else one. If you do, enjoy the rest of it man.”

If you feel disrespected by these comments holy shit you’re a fucking snowflake. You’re the reason we abide in this PC culture that has people afraid to speak up. At the same time, you’re the reason we do write, to get away from this notion that everything has to be picture perfect and scripted. Fuck that, I love emotions, the human element, and most importantly; the truth. Players and even people in society are so timid to say what they really mean so they beat around the bush or come up with some bullshit. Speak what’s on your heart, not the typical liberal jargon “you’re supposed to say”.

This is why I love what Kevin Durant said. He’s just being real with everyone. At the time he’s lead his team to an 11-0 postseason record, now 12-0, and he’s answering questions on him beating teams too badly? Like what? Yeah, I would say something along those lines too. After busting your ass and beating teams night in and out you have to worry about the viewer’s enjoyment? Shit, he’s just trying to go out compete and win. And he’s doing that to the fullest.

His comments are also so fucking true and simple as he said. Literally, if you don’t like it don’t watch it nobody’s saying you have to. Who hasn’t changed the channel on a sporting event? I flip from sport to sport or even sport to a weekly show if the game isn’t entertaining enough. It’s no biggie, the player’s feelings won’t be hurt. But apparently, people were upset about his comments. Which brings me to you, Mr. Stephen A. Smith, don’t think I forgot about you.

Smith is a longtime NBA reporter, journalist, and co-host of ESPN’s First Take. Always respected Smith but this time he’s gone too far. Smith has been beyond critical of Durant for taking the “easy way out” and leaving OKC for Golden State. He has publicly labeled him as a “villain” similar to LeBron when he left Cleveland for Miami. Only Miami wasn’t coming off a 73 win season. But nonetheless, Stephen A. Why are you hating on him for embracing his “villain” label? Is he not giving the typical response to satisfy people and arrogant? How about just being real with the fans and talking to them from a nonbiased opinion. What is he supposed to be a diplomat Stephen and say watch the blowouts they’re fun too?

I just don’t get what you want from him, Stephen. You’ve been more critical of him than practically anyone. Also, he’s not getting smarter? How the hell do you know that? I for one think he was pretty smart to leave OKC and Russell Westbrook. Not saying he should have gone to Golden State but if he wants a ring that was a pretty damn smart move. KD has always seemed to be smart and competent to the public eye. In fact, his comments were extremely smart, simple as can get, but smart. He’s not gonna tell you what to do, he’s not vying to be liked, he’s trying to win basketball games. Villain or not, focusing on winning, that sounds pretty smart to me.

He even went on to mention KD’s emotional MVP speech where he credited his mom and famously proclaimed “you’re the real MVP”. Saying that this isn’t the same KD as then, excuse me? Are those thoughts and feelings still not with KD? Even if we don’t see them, how can you make such an asinine assumption? As far as I’m concerned KD is a great dude who STILL gives back and serves the OKC community charitably, has been a model citizen, is a great son, and is one of the best scorers this game has EVER seen.

We regularly decide to define people in a single moment and cast upon our shrewd of judgment upon them. We become prisoners of the moment and fail to see the big picture in situations. For those who defined KD as a “villain” on leaving OKC for State and wrote him off that’s fine. I don’t see one, for the aforementioned reasons and his story is anything but written.

What they should really be judging is how he’s responded to his decision. The gutsy performances against his old team in OKC, his significant improvement on the defensive end, assimilating into a unselfish offense like no other he’s seen before. Then re-assimilating into that offense after a bad knee injury right before the playoffs and leading his team to a 12-0 playoff start. So, call him what you want Stephen, villain or not, it matters neither to Kevin Durant. Because all Kevin Durant wants is to hoist that Larry O’Brein trophy and forever be enshrined as an NBA Champion.