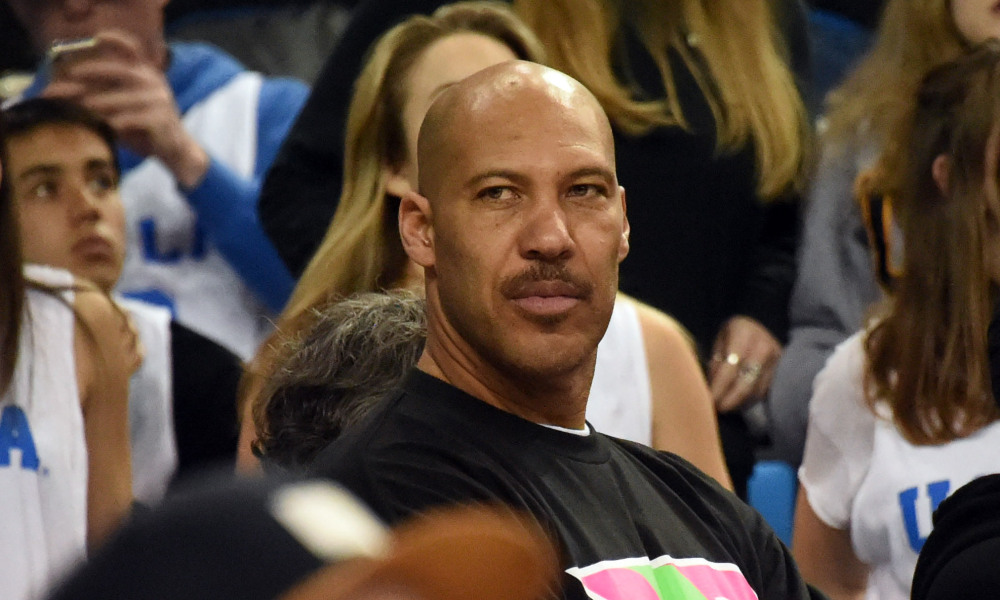 LaVar Ball, the outspoken father of former UCLA guard Lonzo Ball, gave two reasons Thursday for why the Bruins were eliminated in the NCAA tournament: Lonzo was saddled by a hamstring injury, and some of his teammates, whom LaVar referred to as “three white guys,” couldn’t pick up the slack.

Lonzo Ball did not mention the injury after the Bruins’ Sweet 16 loss to Kentucky, and UCLA coach Steve Alford said he believed his player was fine.

“I told Lonzo, ‘One of these games you might need to go for 30 or 40 points.’ It turned out that was the one game,” LaVar Ball added. “Then once they get to the Elite Eight, they’re right there.” H/T (ESPN)

LaVar out here 1-upping himself again, this time, in a surprise turn of events, he decided to go down the “race” road. Solid headline shock factor so I can’t completely hate on it. Nevertheless, unexpected coming from the father of three biracial children. He’s basically saying his kids half suck. 50% no good.

Now, let’s all be honest, white people on average aren’t as good as black people at basketball, not breaking news here folks. Everyone watches the NBA. Its a verifiable fact. There were 46 white American born players in the NBA at the start of this season. The lowest in league history. Sure, there are more Europeans than back in the day, but nowhere close to make up the gap. From an NBA standpoint LaVar is right, not 100%, because like any other stereotype, it exists for a reason and there will always be outliers, but he’s definitely closer to right than wrong.

In terms of the college game, you know the one he’s talking about? The white guy can compete. The white guy can be the teams best player and that team can win a national title. The amazing athletic talent that most white guys lack hasn’t developed their talent fully around that athleticism yet. The white guys reliability on fundamentals and high basketball IQ is able to bridge the gap to make it somewhat close.

If you’re able to pair that with a little talent you can have yourself a pretty solid college basketball player. Tyler Hasnborough, JJ Redick, Adam Morrison. Three of the most prominent college basketball white guy success stories in the last 10-15 years. Hansborough won a title. Morrison and Redick “Duked” it out for the Wooden Award.

So a white guy with some talent and top notch intangibles pretty much equals a black guy with talent but low basketball IQ and intangibles. The full package of both though, Black player > White player and its not close, again though, not breaking any news here, anyone with eyes can confirm (big, if true?)

What LaVar should be more worried about is why 2/3 of those white kids outscored Lonzo. He should be worried about why his son got a beatdown by De’Aaron Fox dropping 39 points on him and about Lonzo’s draft stock after his poor defense was exposed. I understand the media tour and the hype and the brand and the fame, but passing the buck for your kid isn’t gonna help him in the long run.

It might be hard to win a title with three white guys, but it’s sure possible. In the NBA? Nah, not happening, but in college? Sure, but I think three is the absolute limit. Its really too bad that UCLA had 3.5 white guys. TJ Leaf, Bryce Alford Thomas Welsh anddddd half of Lonzo Ball.

ESPN Says Russell Westbrook Silences Critics – Not On My Watch
If You Had The Knicks +12.5, Your Night Ended With The Worst Luck Imaginable
To Top