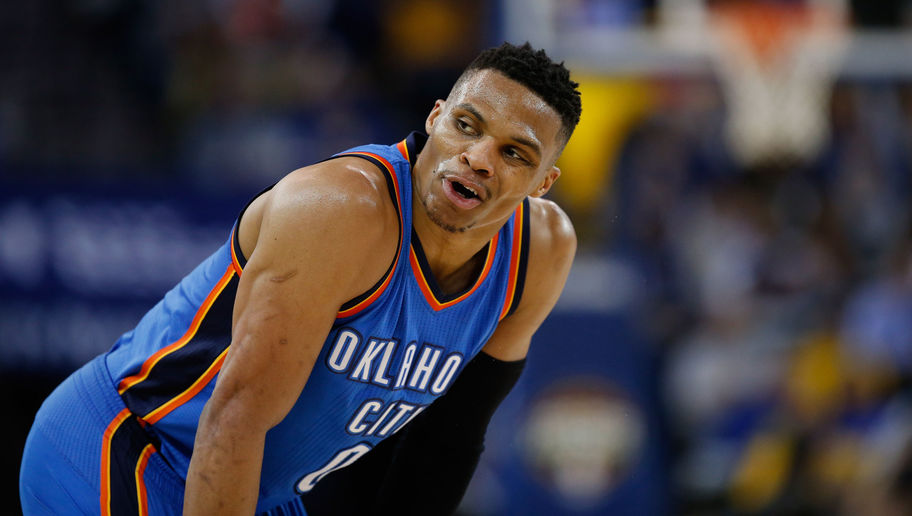 ESPN’s article reads “Russ Silencing Critics With Season Triple-Double” after the Thunder’s 21-point loss to the Suns. Yes, the Phoenix Suns who have the second-worst record in the NBA. Man does this fucking grind my gears. Are we really that fucking stupid?

The last time I checked with Herm Edwards he said: “YOU PLAY TO WIN THE GAME!” Yes, Herm, that’s what you’re supposed to do, but not all of us abide by that rule. Ok, cool Russ averaged a triple double whippy fucking do. Let’s take a look at his stat line Friday night. 6-26 from the field, 2-12 from 3, 12 rebounds, 8 assists, 8 turnovers, and 5 fouls. And he silenced the critics tonight? Well, shocker that’s where you’re fucking wrong ESPN, I’m going off.

The numbers are horrendous obviously but don’t even begin to tell the tale. I think he may have even lost the MVP tonight. Sure he solidified his triple double tonight but let’s be honest it was inevitable. I’m not livid with his numbers everyone has a bad shooting game here and there. Moreso the way he went about it. What I saw in the fourth quarter was an utter disgrace. Westbrook giving up wide-open 3’s down 20 on the road to the Suns so he can get his little assists. Ya know to pass Oscar Robertson, something that means nothing in the grand scheme of things. Doesn’t get more pathetic than that. Him passing every time he drove the ball to be “unselfish”. Lol. Good one. You fucking snake Russ. How about you try and win the damn game since you’re such a winner and all.

That’s just it, the Thunder aren’t that good at all. 11 Games over 500. Doesn’t sweeten my tea. He was driving and just seemingly found big ole’ Steve Adams 20 feet away from the basket every time. Thankfully Adams didn’t shoot it and the crowd booed him, like what? The Thunder fans were louder than the Suns, what a joke. If you wanna hear another joke you could look to the commentators for some comical relief. Won’t even give them the credit to be mentioned but saying things like “if I were the coach I would put in four small guys to make shots for Russ”. Everyone needs a good fucking slap in the face for becoming obsessed with the triple double. It’s like we’ve all been hypnotized by Alakazam and the awakening potion isn’t working. Wake the fuck up people!

What does a triple double even matter anyway? That numerically you got 10 of three categories, just cuz it’s double digits. I think winning is pretty cool if you ask me, not triple doubles. As I’m watching ESPN all I see constantly is homage and praise for Russ. Nobody mentioning his team lost to the joke of the league the Suns by 21. Nobody mentioning his 6-26 shooting a girl scout could have accomplished. Or even his 8 turnovers, did ya know Russ ranks 98th in assist to turnover ratio? Well ya do now.

After being asked about going for the record Russ said: “I just try and go out there and compete man”. Sure you do Russ that explains your performance and your inability to take a wide open shot down 20. Fucking pathetic and nobody has the balls to say it. Triple doubles now that some real fake news if I’ve ever seen it. So no ESPN I am not and will not be silenced because this is bullshit. I will not abide by your mainstream bullshit as a lion does not concern himself with the opinion of a sheep. And you ESPN are the biggest sheep of them all as you created this monster and you should be ashamed of yourself for brainwashing the public into such idiocracy.