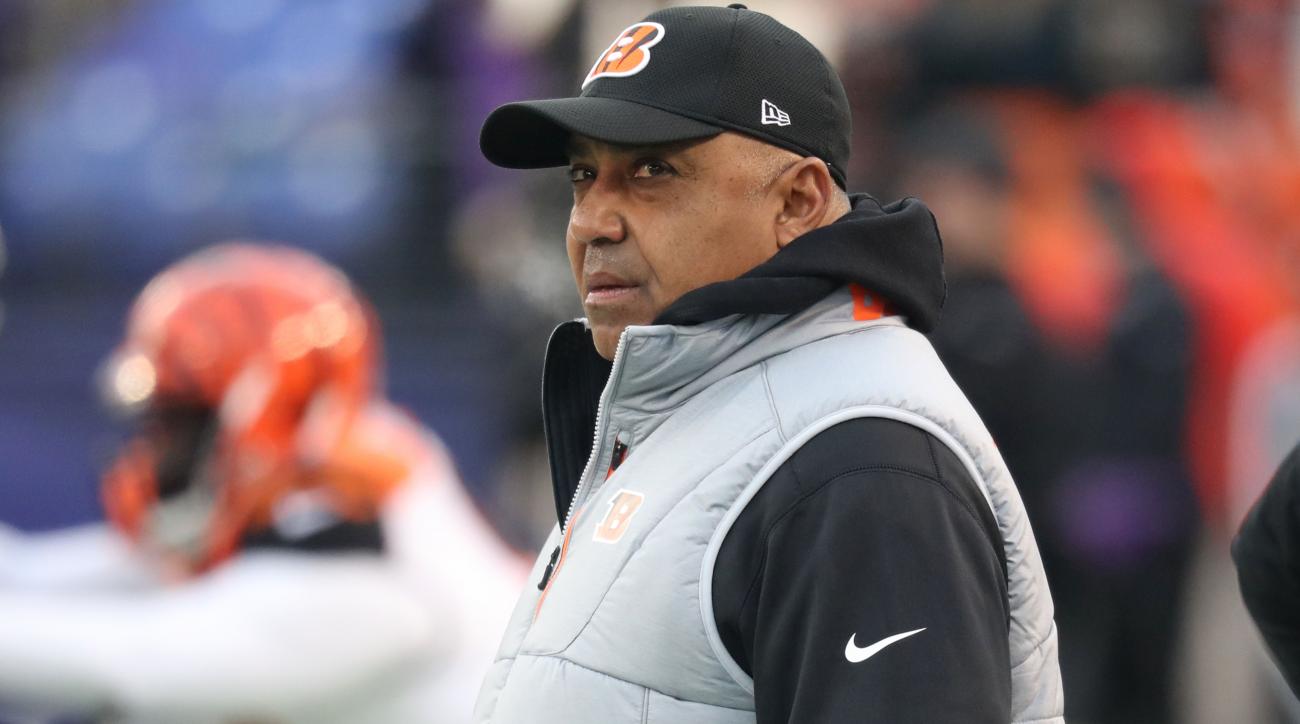 So as recent as 4 days ago, Marvin Lewis was expected to no longer be the Bengals coach. Marvin Lewis, the coach with 9 lives. The king of 8-8 seasons. The master of over promise under deliver. Mr. Excuses extraordinaire. Playoff winless record holder. Yes, that Marvin Lewis, after 15 seasons with the Bengals, somehow getting out of going “over the top” every single offseason was set to lose his job, FINALLY.

Then Schefty hit us with this:

Bengals signed head coach Marvin Lewis to a two-year contract through the 2019 season.

What the fuck just happened? I thought they had this guy dead to rights? He was bag over his head, a noose around his neck ready to meet his maker. There was no messing this one up. Now the next day he’s walking away a free and rich man still at the helm of a professional football team? I legitimately couldn’t believe it. I know that meme above gets tossed around the internet a lot these days, but that was my exact reaction. Utter disbelief at what I had just read.

This begs the question, what type of blackmail does Marvin Lewis have on Bengals ownership? It has to be something sooooooo good. There isn’t one legitimate other theory as to why he’s still employed, let alone in a place to receive an extension. This guy is the new Teflon Don. Fuck John Gotti, Marvin Lewis is harder to fire than a somewhat competent US Postal worker. Maybe Marvin Lewis has secret Mafia ties and he’s truly living up to the Teflon Don nickname? Using the old Goodfellas scare tactics on Bengals ownership. Maybe Lewis has some Donald Sterling racist stuff on them, something that will cause them to lose their teams? Sexual Assault is hot in the streets these days apparently, maybe he has proof they’re on some scumbag shit like that?

Whatever it is, Marvin Lewis knows how to get a hold of someone’s balls and twist and turn them whichever way he likes. He’s a shrewd mother fucker. You can tell by looking at him, he seems kinda nice, pretty calming, but he definitely has that “I’m gonna fucking kill you if you fuck with me” side. Like for real kill you, not the metaphorical kill you and your dickhead friends say to each other because you hit a game winner in 2K.

Whatever it is, it’s something crazy enough to keep the least deserving guy in the NFL as a head coach. Losing my NFL team would not be something on the top of my list, depending on what it is, Lewis might be receiving lifetime extensions. If the Bengals owners ever do strike up the courage to fire Marvin Lewis then he might as well enter Witness Protection program himself, because he’ll be as good as dead in the NFL. Whether it’s because of his performance or owners being scared, but from what I can see, it’s fair to consider it being both.