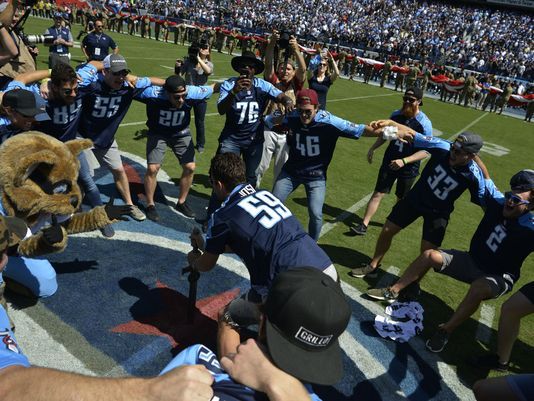 How has this guy gone completely unnoticed thus far? That wasn’t even a short joke, but now rereading it, it kinda plays. Whoever he is, I need him to be a part of the regular broadcast. Maybe even get a short halftime segment from him on field conditions or an official weigh-in of the balls at halftime, to, you know, ensure every ball is inflated to the proper standards. Some teams might say that’s not important.

Though Florida State’s Red Lighting has never left our hearts, he has left our eyes. We need a replacement. We need some energy on the sidelines. This guy could be there to fill that void in the football fans life. Now you may think he’s too small for the job, that he might get hurt roaming amongst the giants of the NFL. While you’re probably not wrong, I’ll tell you one thing about little people. They’ll outwork any guy next to them. And from what I saw from this guy on Monday night, I see no reason he would be any different. He could revolutionize the position.

Keep him on camera for the next couple weeks. See how it goes. See if he gives us more. Who knows, if it turns out he has a persona to match, he could be the next big thing. He could be the internets newest celebrity. Hardworking people like this little guy deserve every chance they get. I just pray he takes advantage of the opportunity to bless us all with joy every Sunday. Catch him on the sidelines…How bow dat?!