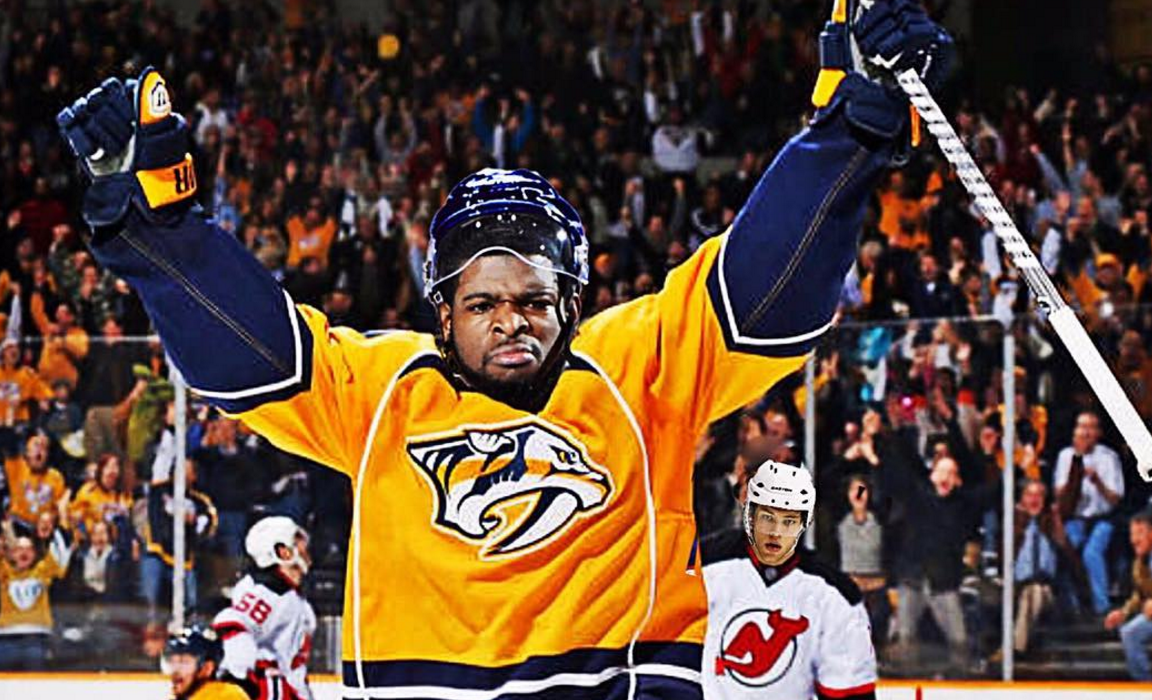 During every Nashville Predators home game this season, PK Subban will host his new P.K.’s Blueline Buddies program, bringing together a member of the Metro Nashville Police Department and their guest with a mentor or representative from a local organization and an underprivileged youth. Subban takes care of the game tickets, dinner and meets with the group prior to and after the game to lift their spirits and give them a few hours to forget about everything on the outside. Now in his second NHL season as a resident of the United States, Subban sees the news. He knew he wanted to do something, anything to try and make a difference. And now he’s doing just that.

“I think it’s important for athletes to set a tone in a way that we’re looking to build bridges,” Subban said. “That doesn’t take away from anybody’s right to do what they want to do or how they want to exercise their rights as an American citizen, but I think it’s really important for us to be role models in terms of building bridges and being a part of the solution to social issues and different things that go on in our community.” – NHL

Fucking Bravo PK. Seriously, put some respek on this dude’s name. While 98% of America’s retarded left or right talking heads argue pointlessly whether or not kneeling for the National Anthem is disrespectful, PK Subban is saying fuck them and fuck all of that and attempting to fix the actual issue this whole protesting fiasco is all about. Divison due to perception of social injustice. Whether that be through the police brutality or a systematic indifference, that’s ultimately what the protest is about. Social injustice.

The only thing the political talking heads have right is that for this issue to ever see any type of resolution, it will require discussion and understanding from both sides. Except not with them. But with the people and citizens at the center of it. The police and underprivileged or troubled youth. PK Subban is attempting to solve that.

No one in Washington or anyone talking about it on the news can truly identify with either one of those groups. No matter what they claim to know, no matter how many police officers or military members they have in their family and no matter how much political influence they may or may not have. None of them really know. They’re all frauds. All talk and no action. It’s one thing to raise awareness, but its another thing to actually walk the walk.

PK Subban is walking the walk. He’s bringing people and communities together. Trying to unite where there is a clear division. It may be a small and meaningless step to some, but guess what, small and meaningless is more than anyone else has yet to accomplish. Lead by example, not from your knees and most definitely not from behind a camera or a seat in Washington.