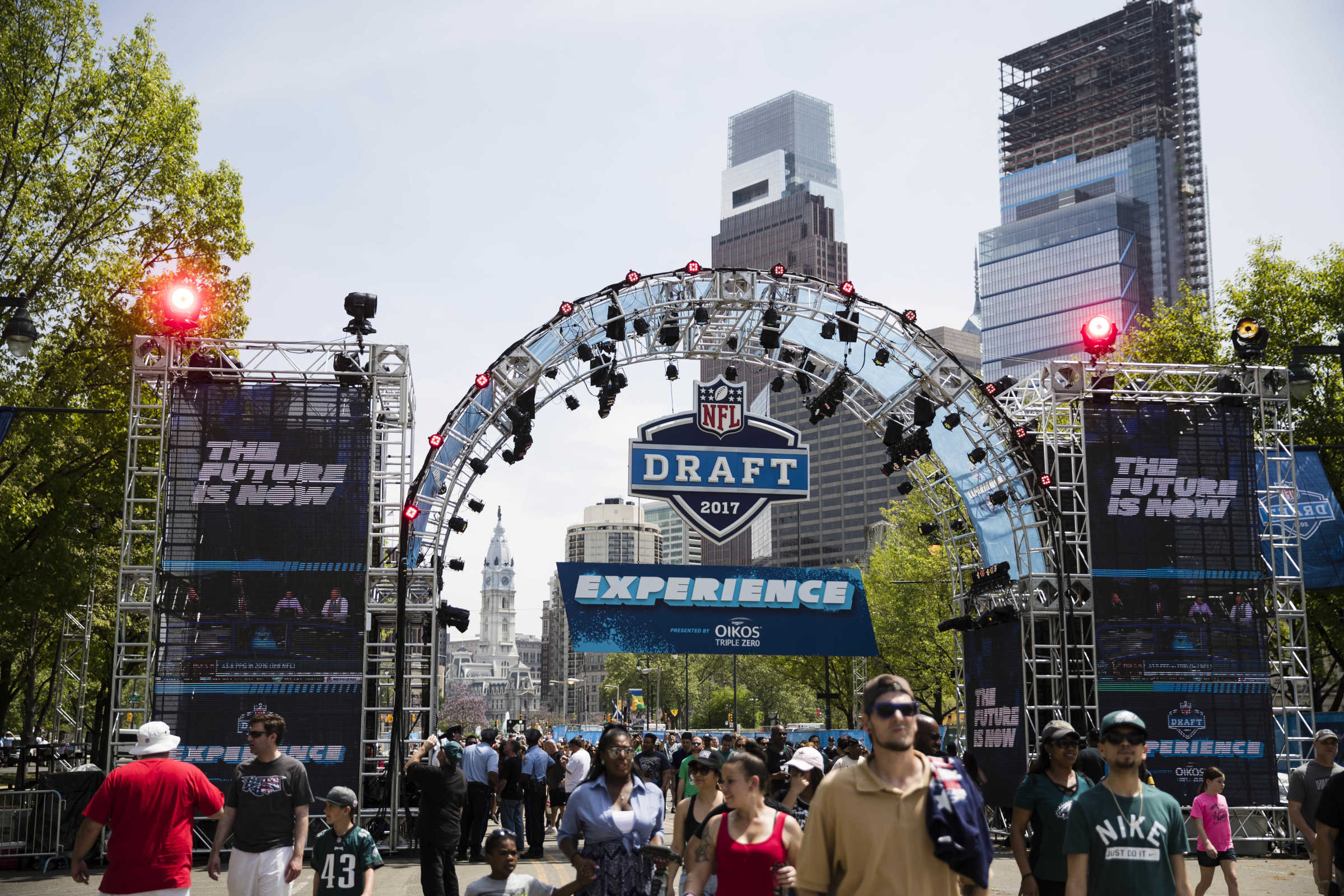 Three days, 253 draft picks, hundreds of thousands of people booing NFL commissioner Roger Goodell. And as Philadelphia recovers from hosting an estimated 250,000 fans at the weekend’s NFL draft, one other number stands out: zero arrests. Philadelphia police said Monday that the festival-style extravaganza passed peacefully; authorities did not even hand out any draft-related citations, according to a spokesman.

While police have drawn praise for their handling of large-scale events in recent years, most of those affairs have still required some degree of law enforcement action.During the 2016 Democratic National Convention, for example, police issued citations to 106 protesters. And during Pope Francis’ visit in 2015, officers made three event-related arrests.Outside last year’s NFL draft in Chicago, 17 people were arrested for protesting various issues and blocking traffic.

BULLSHITTTTTT. I’m calling bullshit here faster than I would on someone claiming they have 6 Aces in an actual game of Bullshit. We realize we’re talking about Philly here right? And the people that live in it? Specifically Philly sports fans. Their reputation precedes them everywhere they go, and with good reason. They are vile, violent, uneducated and their dedication runs proudly with all of the stereotypes about them. They actually embrace their terribleness. They thrive off it and they never take a day off from it.

But seriously, you expect me to believe there wasn’t a single arrest with when literally hundreds of thousands of Philly sports fans gather together in one place? That’s just not possible and I don’t care how many times you say it, how many charts or police reports (or lack thereof) you show me, it will never change my mind.

I’ve spent a lot of time in Philly, there are some roughhhhh neighborhoods and the city is not big at all. When there’s an event this big in Philly, every walk of life is forced to interact with each other. It’s like the DMV in festival form. And not the beautiful flower headbands at Coachella kind of festival, the Fyre Festival stranded on an island in a foreign country kind of festival.

I get it though, Philly, I see you and see what you’re doing here. You actually got the NFL to agree to have the draft in your city and you want to make sure you seize the moment. You want it to go, but more importantly, seem like the event went off not only without a hitch but passed with flying colors. You want to have a chance to bring this puppy back to town year after year. So who cares if a few burglaries, drunken fights, and aggravated assaults go “unreported”, its all for the good of the city. This is just the American version of China shutting down all the factories months before in anticipation of the Olympic committee air pollution test. It’s a savvy move and I can’t hate it, but don’t expect me to believe there has been a single day in the last 200 plus years where no one was arrested in Philadelphia.