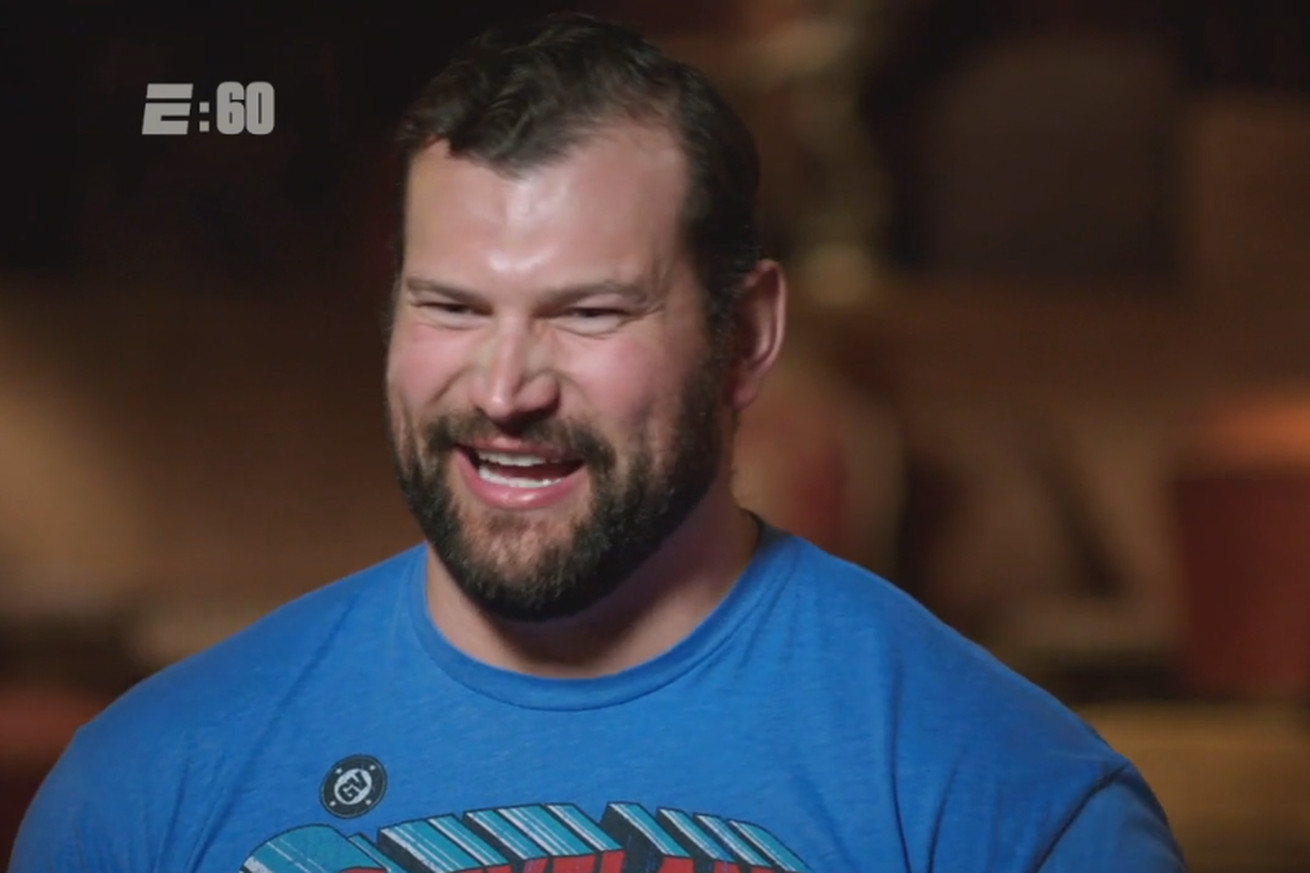 Can you name all the QBs who have started for the Browns over the last decade? Joe Thomas, the guy who’s protected all 18, gave it a shot. pic.twitter.com/7dlnHxezlt

I can’t really decide if I should feel bad for Joe Thomas or envy him. He’s been the best player on the worst team in the league for his entire career. But maybe he values that stability. Maybe he wants to be a part of the team that brings the lowly Browns back to glory. Well, along this journey he’s protected the blind side to nearly 20 Quarterbacks. Think about that, Joe Thomas, a top 5 left tackle in the NFL for every single year of his career has had to protect 18 guys, that’s more than 1 per year. Some guys go their entire career protecting only one guy.

At least Thomas seems to be happy. He’s always making the best of being stuck in Cleveland, although he doesn’t seem to see it that way. It almost seems like the Cleveland Browns are the sports world version of Scientology. It’s a sick twisted sadistic cult that lures unsuspecting people in and ruins their careers. Joe Thomas was brought in and brainwashed from the first day of his NFL life. The ways of the Cleveland Browns is all he knows. It’s all he’s ever been exposed to. According to him, this is the only way he knows things to be. Joe Thomas doesn’t know it’s all a sham, a fugazi, that none of the hope for success is real. That all of that is just a string of never ending failed promises and experiments.

Someone needs to grab a hold of Joe Thomas and Tom Cruise and let them know Ron L Hubbard was a liar and a crock of shit, and so are the Cleveland Browns and the people in charge of them.