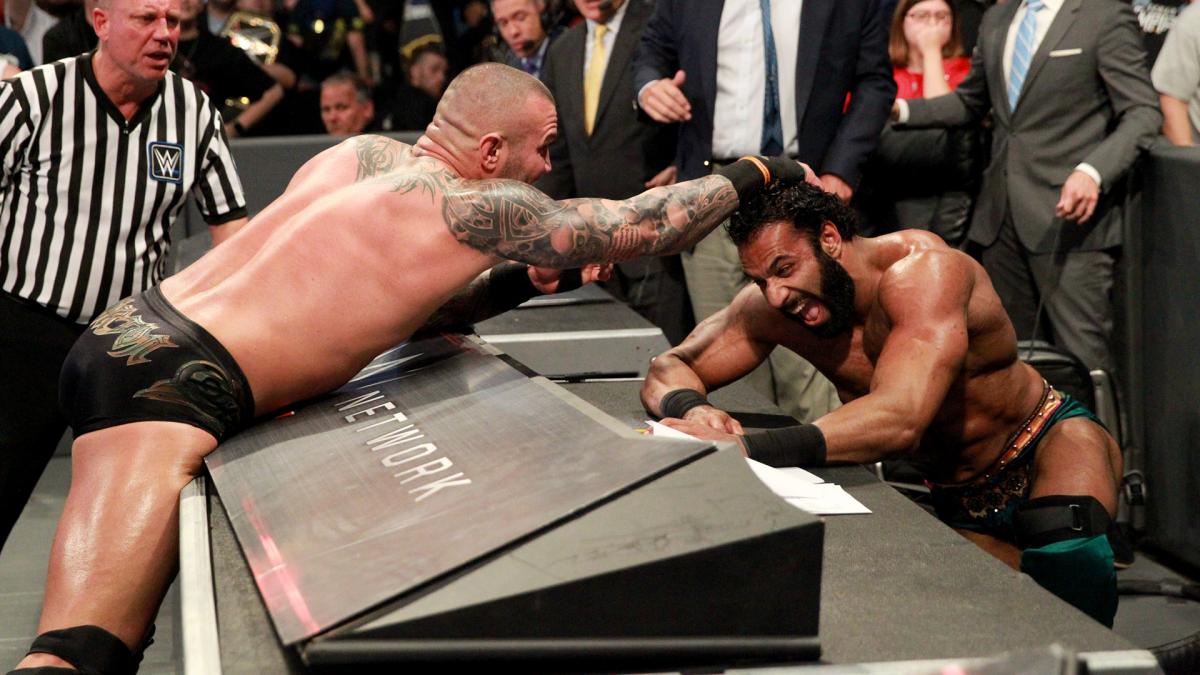 That did NOT look pretty, or particularly pleasant for that dude. It’s bad enough your night is already consisting of being slammed through a table by Randy Orton with extreme force, but to have it turn out even worse than that is I’m sure not a prospect that guy was willing to consider. These guys are put through serious stunt training and rehearse this stuff countless times. This very move is something Randy Orton performs on a fairly regular basis.

Though as with any stunt, there is always that small chance something goes terribly wrong. The WWE has seen it before, this was about as close a call as it gets. Randy immediately knows he fucked up. Gives that “oh shit I probably shouldn’t have done that” face to the camera. Breaking character for a split second to acknowledge what we all realized. There is a solid chance that guy is either dead or never walking again. You can’t just get your neck folding up like an accordion and expect everything to be all honkey dory. Im no doctor but I can say with fair certainty, the body or neck probably shouldn’t bend that way.

At least the Viper got away with potential manslaughter charges on this one, the guy turned out to be ok and they continued the match. Bravo to him for surviving a pretty harsh bite from the Viper.

P.S. When I was watching this I kept hearing Marv Alberts call on Lebron in the playoffs a while back…”HE HAS NO REGARD FOR HUMAN LIFE.”