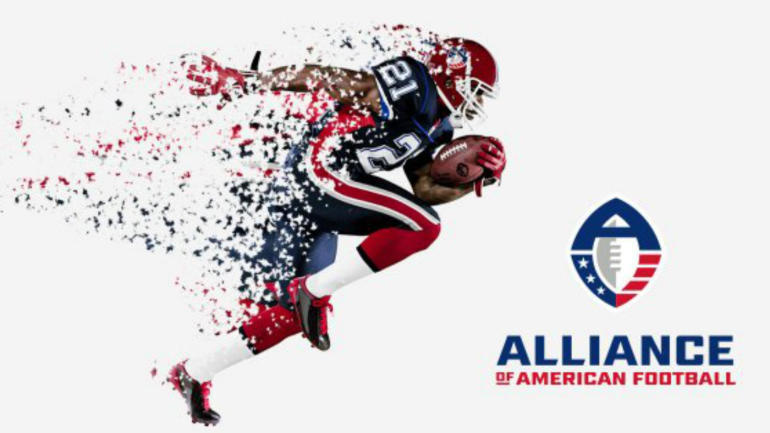 The Alliance of American Football (AAF) will start its inaugural season in February 2019. This is the most recent attempt to make a professional spring football league. Although spring football has failed in the past with the USFL, only lasting 3 seasons. And the XFL, which lasted a miserable 1 season. The AAF aims to fill the annual sports abyss that exists between the Super Bowl and March Madness. And it is poised to do just that.

The AAF will consist of 8 teams, with a 10 game regular season schedule, playoffs and championship. However, it is the rule changes the AAF is implementing which will allow it to be successful. The rules keep the players safer and allow the game to move quicker.

There will be no kickoffs in the AAF. Rather the ball will be placed on the 25-yard line to start. If a team wants to “onside kick”, rather than bringing out the hands team, the offense heads back onto the field for a 4th and 10 from their own 35. Every touchdown will be followed by a 2-point conversion and the play clock starts at 30 ( NFL is 40). Additionally, there will be no TV timeouts, which will lead to 60% fewer commercials.

The founder and CEO of the AAF, Charlie Ebersol is not worried about the loss of revenue with 60% fewer commercials.  He argues that a lot of football fans record the first half hour of the game so they can fast-forward through commercials. Instead of making revenue this way, Ebersol has promised an AAF app.

The new AAF app will not only let you stream games for free but will have a fantasy football feature to it as well. Obviously, everyone would play (what the fuck else is there to do in February). The best part about it is that the play-by-play commentary will be talking about the fantasy league while the game is in progress.

Ebersol has surrounded himself with football knowledgeable and wealthy backers such as longtime NFL executive Bill Polian. To pair with former players Troy Polamalu, Hines Ward, and Justin Tuck. With former players helping create the league, they want to give more back to the AAF players.

The league is scheduled in such a way that it will end in April. This is before the NFL pre-season and allows the AAF’s stars to try out for the NFL. In every AAF’s player contract there will be an NFL opt-out clause incorporated. This gives players the ability to leave the AAF for the NFL if they choose to do so. Also for every year a player plays in the AAF, they will be awarded a scholarship for a year of post-secondary education.

Ebersol’s Father, Dick Ebersol was Vince McMahon’s partner in the 2001 version of the XFL. McMahon has plans to bring the XFL back in 2020. But if the AAF becomes a booming success, you would think McMahon would stick to fake wrestling. But with 97% of D1 football players never making it to the professional level, there is potentially enough room for both leagues to succeed. Personally, I hope to see the likes of Johnny Football look like Johnny Unitas next February in the AAF.