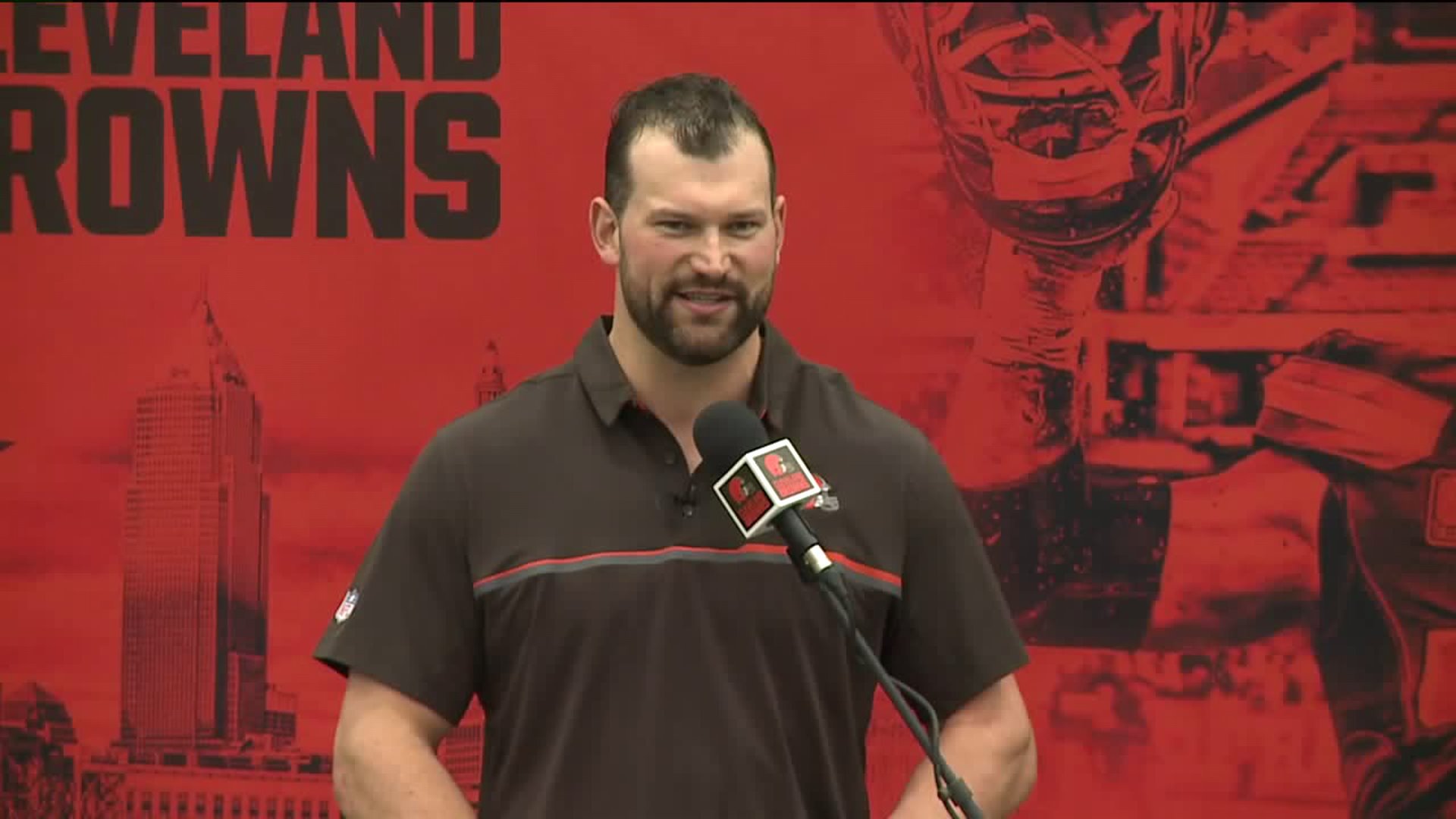 Brandon Weeden, you got stuck under a flag, boom roasted.

RG3, you’re so bad I had to retire to get away from you, boom roasted.

What a lineup and sendoff by Joe Thomas. Call up Jeff Ross and Michael Scott because they have both been officially dethroned as the Roast Masters. Joe Thomas should just take over the permanent spot on Comedy Central for all the roasts. It would be burn after burn. Constant hospital visits for all those involved. What an opportunity he had being on the Browns for a dozen years. This dozen years. The material was written and spoon fed to him year after year and day after day.

But as the tradition goes, the roastee gets hit with some roasts himself at the end, so…

You spent your whole career living in The Mistake by the Lake and never sniffing the playoffs, boom roasted.

Jokes on us though, Joe Thomas is going into Canton on the first ballot for his football and his Roast Master abilities.