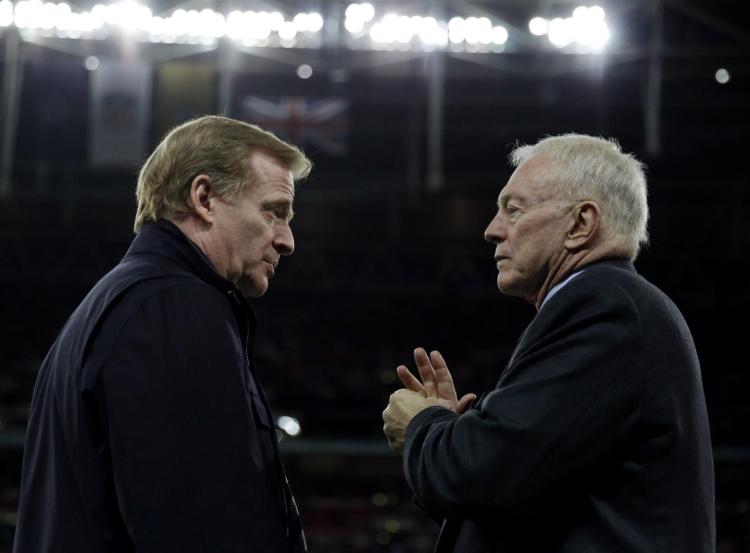 Thursday Roger Goodell had his annual State of the NFL news conference and I think there were more questions than answers by the end of the news conference. Goodell was asked a number of questions about a lot of different topics. I want to touch on the big ones.

First, he was asked why the Raiders are playing abroad for the fourth time in the last five years when they are being relocated and their fans will want to see them as much as possible. I usually would agree with this question but Goodell’s answer changed my mind. He said that the teams playing abroad were all agreed on in the CBA.

There were also many questions about an increase in Thursday Night Football games and once again Goodell indicated that this was all agreed on in the CBA. So my question is why do all these players and owners complain? I am not a huge fan of Goodell but people act like he is some type of dictator. If the owners and players have a problem with the Raiders playing abroad or with too many Thursday night games why did they agree on it? Rodger Goodell doesn’t have executive order. I’m assuming when the CBA is up in 2020 there were be some changes and maybe a possible lockout. This brings me to my next point.

Roger Goodell was asked about the announcement that the XFL will be coming back in 2020. He kind of brushed it off and made it out to seem like he better things to worry about which I can’t blame him for because right now the XFL isn’t a threat to the NFL. But that can all change if something goes wrong with this CBA. If Goodell and the rest of the owners don’t ever want to worry about the XFL they might have to give the players a lot more leeway in this upcoming CBA agreement.

The most important topic that was bought up was the infamous catch rule. No one really knows what is a catch and what isn’t a catch. Goodell said that they will make the rule clear this offseason. This was the best thing, in my opinion, to take from this press conference. So many teams like the Steelers and Cowboys have been screwed in games cause of this rule in crucial situations of crucial games.

Even though there still are many questions to be answered I do think the NFL will find a way to improve the rules and the game overall in the next few years. We all just need to understand these things take time and patience.