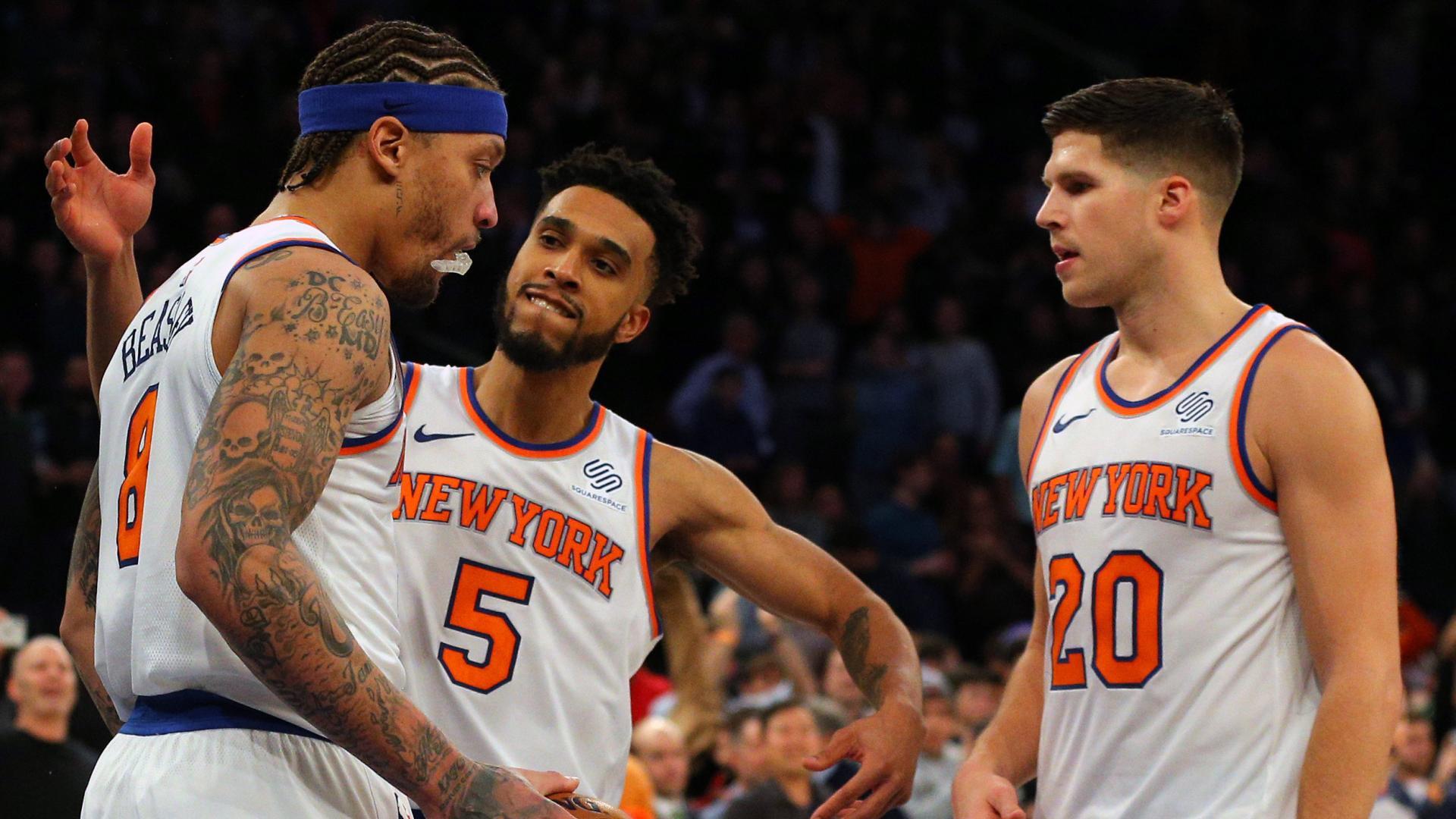 MVP chants at the Garden. Those haven’t been shouted for a New York Knick in god knows how long. Probably Melo during the 54-win 2012-2013 season. Michael Beasley was an afterthought veterans minimum signing this year for the Knicks. They took a flyer on a former number 2 overall pick and Chinese league MVP. Beasley was low risk/high reward. Though he didn’t get much time and struggled to start the year, with an increase in minutes given the Hardaway injury and a hole at small forward, Beasley has been on fire lately. This was his second consecutive 30 point performance.

For a Knicks team that has already blown expectations out of the water this season, Beasley is turning into a nice surprise. He’s been given a chance at a career revival. This loveable hardworking Knicks team is rallying around each other and playing as a team. On a night when Kristaps Porzingis only had 1 point and sat for almost the entirety of the 4th quarter, it was Michael Beasley who put the team on his back and carried the Knicks to a victory over on the best teams in the NBA. Beasley at one point had 24 minutes in just over 10 minutes. That’s an unreal +/-. Those are MVP numbers. Plain and simple.

Before the season, Beasley caught a lot of flak for his comments about his talents compared to the rest of the league, specifically LeBron and Durant.

“[It’s] mostly perception. As far as talent-wise, I match up with Kevin [Durant], LeBron, I match up with the best guys in the world,” Beasley says. “I’m not being cocky; it’s just always how I felt. But I got into trouble as soon as I got into the NBA, and it left a bad taste in a lot of people’s mouths.”

Talent has never been a question for Beasley. His downfall has always been outside factors. Everyone laughed at him when he said this, probably rightfully so. But you gotta admire the confidence. If he keeps putting up 30 point nights like this for the rest of the year then the smartest fans in the NBA will have been proven right, NBA MVP, LeBron James, Kevin Durant…Michael Beasley?