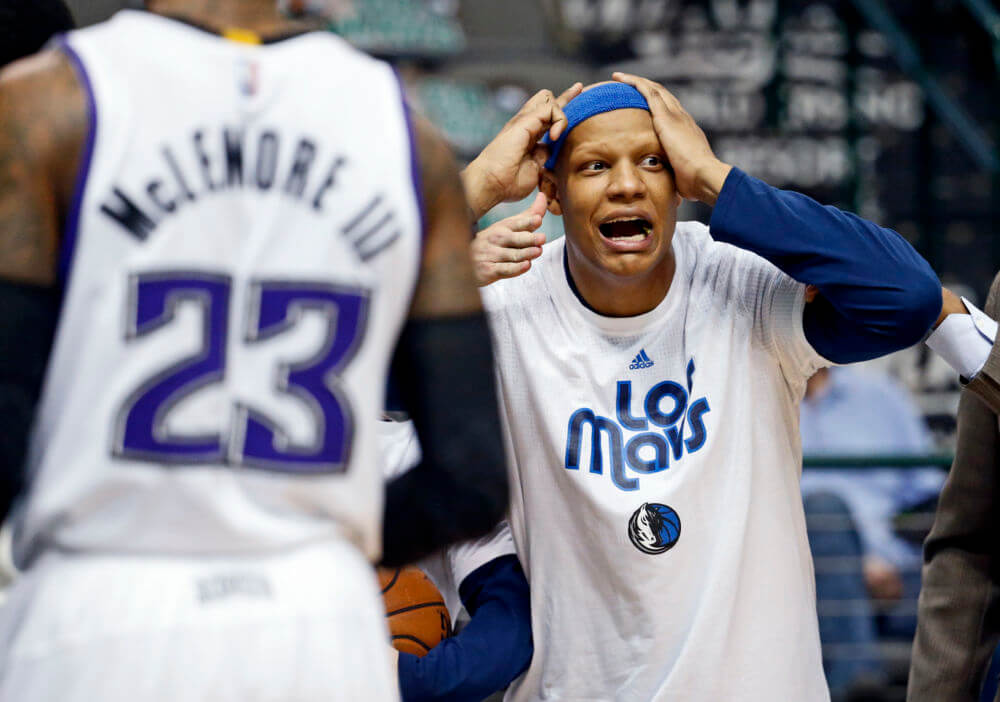 They stole my toilet…… I’m not making this shit up. Still waiting @DallasPD pic.twitter.com/Go9BP3itSB

Appliances all gone, like are you serious? This is mind blowing @DallasPD

I’m still tripping, who steals a toilet? Like why a toilet, 1 toilet @DallasPD still not at my house

Nah, they can keep it now. But an investigation for the missing 🚽 is in progress. I got some leads thanks to @Twitter. 🚔 https://t.co/5EkKyzPrLr

You gotta be shitting me right? Yep, we’re starting it off with that one. But seriously, what the fuck? You break into an NBA stars mansion and you walk out with the toilet? Think about that for a minute. The fucking toilet. Unreal. Is there an item in a house that’s more difficult to steal than the toilet? It weighs at least 100 pounds, probably way more. Its attached to the ground. And oh yeah, it’s got a bunch of pipes and hoses attached to it that are all sources of water. That’s a triple threat of problems for a burglar. I feel like this should be robbing houses 101 shit.

The whole point of a robbery is to get in, get out as quick as possible with the most stuff possible. Think of it like those all shows as a kid you dreamed about being on someday, where you got like two minutes to run around Toys-R-Us and everything that you could grab in your cart in that time was free. That’s was the adult equivalent of robbing a house is. Plus the whole felony thing, but that’s beside the point.

This had to be a job done by professionals. You don’t pull off a mass robbery of ALL the appliances in a house without some serious planning and experience. It’s just about the most ballsy move you can make. Then I think about it again and I realize how god damn stupid these guys are. There’s no way the appliances are the most valuable thing in that house. Are you telling me you couldn’t have grabbed a couple of Rolexes off the dresser and that wouldn’t have been ten times the amount of cash you could get for the fucking Maytag man?