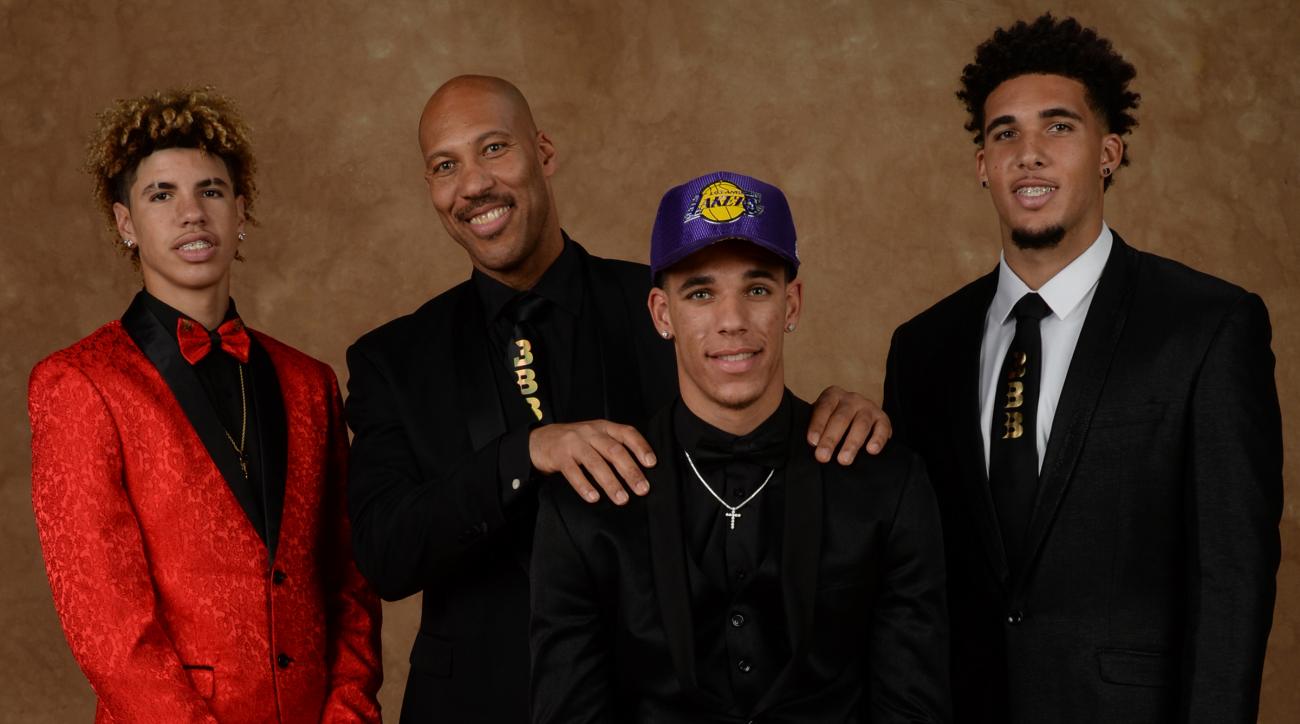 There’s about to be a lot more LaVar Ball and his family for you to watch — if you’re into it. Deadline is reporting that the Ball family has agreed to star in a docuseries, which is being produced by Facebook. Details of the project have yet to be announced. Lonzo Ball was selected by the Lakers with the No. 2 pick in the 2017 NBA draft, while his younger brothers LiAngelo and LaMelo have both committed to play at UCLA.

LaVar Ball, the family’s patriarch, turned himself into a household name — seemingly overnight, during the NCAA tournament in March. He transitioned his vociferous courtside cheering into TV appearances in which he claimed he could beat Michael Jordan 1-on-1, and helped promote “Big Baller Brand,” his family’s clothing line. This is hardly the first time the family has opened their home to cameras. In March they were the focus of a profile by ESPN that looked at the path LaVar put his children on to future stardom. H/T SB Nation

A fate we somehow knew was coming but never wanted to admit it. The Ball family has finally made it. They are officially the Kardashians of the sports world. The only difference is that we know at least ONE of the members of the Ball family possesses an immense talent. The Kardashian family is still waiting for their first lick of talent from any family member. I love when people try and defend the Kardashians by saying they do and work so much. Try and convince me that modeling and making appearances and putting their name on products and clothing lines is actually somehow more difficult than normal life of normal citizens.

The Ball family has gone from unknown outside of Chino Hills to nationwide household names in under two years time. Say what you want about them, but that’s impressive. Kim couldn’t even do that until she put her cooter all over the internet. No real word on what the format of this docu-reality series will be yet, but it being released on Facebook is another great marketing move by Lavar. There is no better way to grow organic reach than Facebook. Simple facts.

It will be interesting to see if they go comedy and drama like the Kardashians  try and do, or if it goes the more serious route. Knowing Lavar it will probably be the former. They’ve done the serious stuff with ESPN. Even then LaVar couldn’t help himself but to try and crack a few jokes. He’s made it this far, let him do wat he wants. Like everything with this family, I’ve said it before and ill say it again, it ALL depends on Lonzo’s ability to excel in the NBA. He busts, the whole family busts, cause those other two sons sure as shit aren’t making the NBA. LiAngelo is lucky he’s even getting a free education from UCLA. Let alone playing time there and a career in basketball after it.