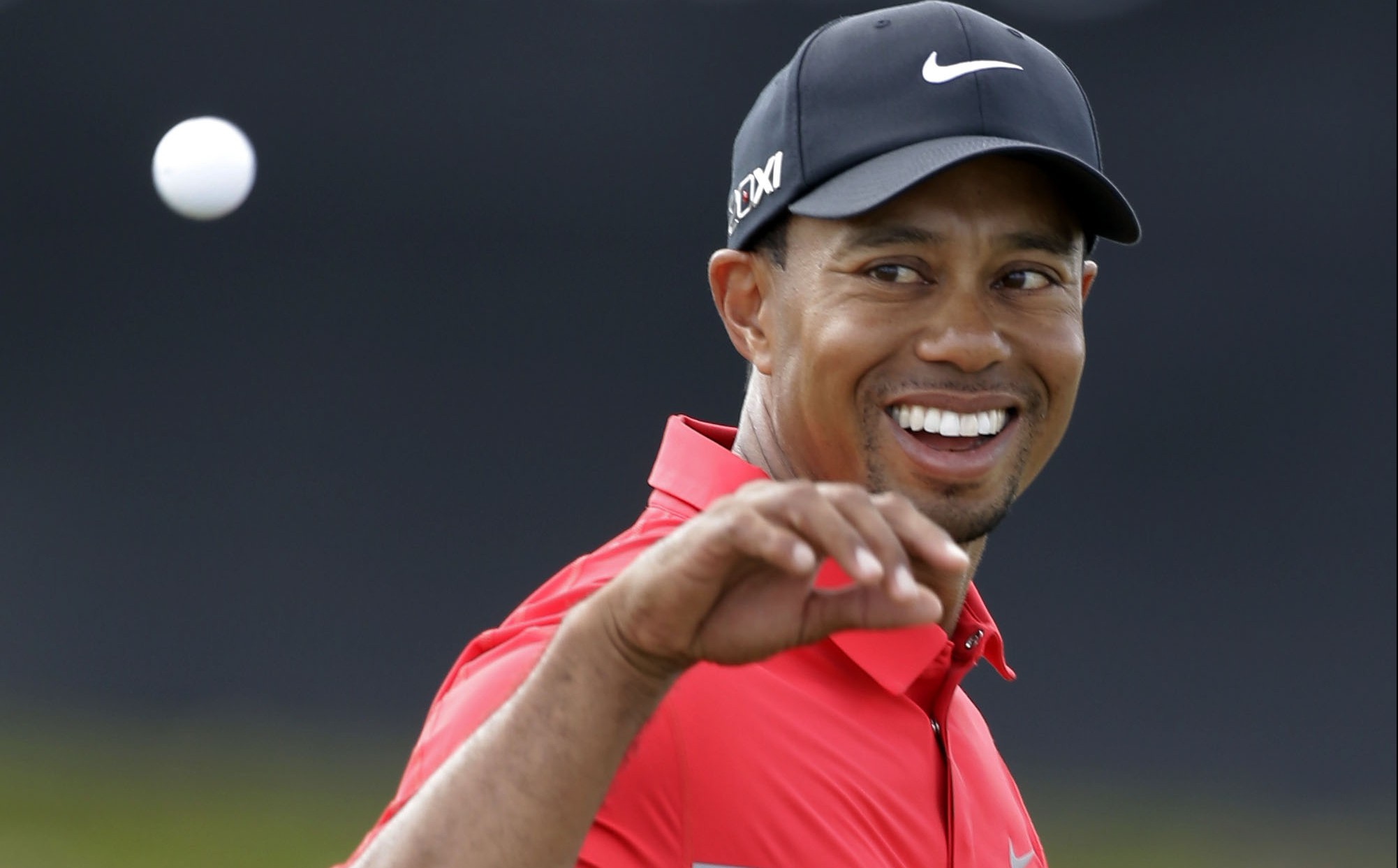 Tiger Woods was using TaylorMade metal woods when he returned to competitive golf in December at the Hero World Challenge.

Soon he’ll have a lot more TaylorMade clubs in his bag.

“After several months of testing and all brand to choose from, the choice is clearly @TaylorMadeGolf. Proud to join the family! – TW,” Woods tweeted.

In joining TaylorMade in a multi-year deal (no financial information was disclosed), Woods will play the company’s metal woods, irons and wedges. Woods will work with the company’s club engineers and have a role in designing and developing a new iron model.

Woods, who returns to the PGA Tour after a 17-month absence on Thursday in the Farmers Insurance Open, still has Nike irons and wedges in his bag. He switched to a Bridgestone golf ball and uses a Scott Cameron putter. Woods started looking into changing his equipment when Nike decided to stop making it.

There is no set date when he will put TaylorMade irons and wedges into play.

“(TaylorMade) is allowing me to take my time, and we’re going to develop my irons and make the irons and the blades that I want and that will fit my game and what I like to look at in. Not only the playing position, but also feel and obviously what shot window I want to hit it through,” Woods said after playing in the Farmers pro-am. “So we’re in a process of building that and it’s going to take a little time. We’re going to take our time and build up an iron that I like not only in the playing position, but how it feels and how it performs.”

Over the past few months, Woods said, he has tested every brand of equipment sent to him. He zeroed in on TaylorMade when he started seeing what the clubs were producing – in the air and on TrackMan, a launch monitor that tracks ball speed, spin, distance, etc.

“I tested with a variety of different companies and I found that TaylorMade and their setup worked the best with my golf ball and allowed me to hit numbers that I hadn’t seen before,” Woods said.

“So it was kind of no-brainer. … I’ll be playing my current Nike irons and the blades I’ve been using for years for right now until TaylorMade builds me the irons that I want. Even then, I still have to go out there and I’ve still got to do the testing at home and do the testing on the numbers but also do testing at Medalist (Golf Club) and hit shots and see how it feels and how it performs through the dirt. That’s going to take a little bit of time as well.”

Let me first preface this article with a few facts to legitimize my take on this. I am a scratch golfer. I’ve been playing since I was 5. I grew up in the industry, my mother worked at golf courses my entire childhood and I worked there for 6 plus years in middle and high school. I have taught multiple clinics and lessons. I was recruited for division 1 college golf before ultimately electing not to play in college (no not because I wasn’t good enough, good try sir). So while I may not exactly be a Warren Buffett, I’m firmly positioned in the 1% in terms of talent level and industry knowledge within the golf world.

Now that we’ve got that out of the way, I’m not a huge fan of this decision. Now that Nike has stopped producing golf equipment, Tiger is a free agent again for the first time since he was pried away from Titleist in the beginning of his career. Tiger has chosen to use Taylormade woods, irons and wedges. He currently uses all Nike clubs with a Titleist Scotty Cameron putter, which he’s carried over into the Taylormade deal, Tiger has used the same putter for virtually his whole career. He refuses to give it up and it is baked into every contract since he left Titleist, including at Nike. His love for his putter is totally understandable. Titleist Scotty Cameron Putters are the Ferrari’s of putters in every sense from quality to performance to price. They are unmatched and its the club in your bag most closely affected by feel and comfortability, I absolutely sympathize with Tigers need for his putter. He used Nike balls as well but has since announced he will be playing 2017 with Bridgestone golf balls.

Taking a step back and looking at the Taylormade brand itself, Taylor made has always been the most popular mainstream average joe “nice” clubs brand. They have built a name in the mainstream golf world, but not for the reasons of quality and performance the way brands like Cleveland, Ping and golf’s industry gold standard by every measure, Titleist have. Taylormade’s one saving grace in my opinion are their woods, specifically their drivers. They are the most popular driver on tour and for good reason, the results speak for themselves. I’m ok with the Driver and Wood selection. TaylorMade wedges aren’t terrible, aren’t great. they have made strides in recent years and from all accounts seem to have become a very respectable wedge on tour. I wouldn’t exactly classify them as a major selling point if I’m Tiger in this situation, but that’s just me, I’m a Titleist Vokey guy. Now for the irons, this is where TaylorMade struggles the most to me and clearly, Tiger agrees. If you haven’t heard yet (you should have heard) Tiger is playing in his first professional tournament in 18 months when he tees off at the Farmers Insurance Open tomorrow.

Here’s what he had to say about his current iron situation heading into the tournament, “I’ll be playing my current Nike irons and the blades I’ve been using for years for right now until TaylorMade builds me the irons that I want.

Translation: Taylormade doesn’t make irons good enough for me so I’m requiring them to design the perfect set of irons to fit my game exactly, cause why? cause I’m Tiger Woods. Per usual it’s a boss move from Tiger. He knows he holds all the cards in this situation. Why not employ one of the top brands in the world to spend countless millions of dollars building me whatever he wants? That for me had to be the driving force behind this deal. Sure Tiger could have gone back to his roots and sported a full Titleist bag again, but Titleist probably wouldn’t provide him with this type of freedom and dedication. For Titleist, no one is bigger than the brand, that’s simply not the case with Tiger Woods and any other brand. Yes, he could have gone with Ping who has a much better overall arsenal in terms of club quality top to bottom, but again Ping doesn’t have quite the brand recognition as Titleist and wouldn’t give him the same freedoms. Taylormade was a solid combination of brand recognition and quality. I would have preferred to see him go to Titleist as a hardcore golfer or someone who makes real quality irons, which to me are the bread and butter of his game. No one sticks it like Tiger when he’s on (lol). Let’s hope Taylormade can produce something that really works for Eldrick. It’s good to have you back Tiger, golf isnt right without you.

P.S. someone needs to give the marketing person over at Taylormade a HUGE raise. Tiger will be paired with Jason Day and Dustin “tee bumps” Johnson in round 1. Currently the #1 and #3 players in the world and far and away TaylorMade’s most prominent signees. Adding a healthy Tiger and creating that 3-headed beast is an advertisers dream come true.