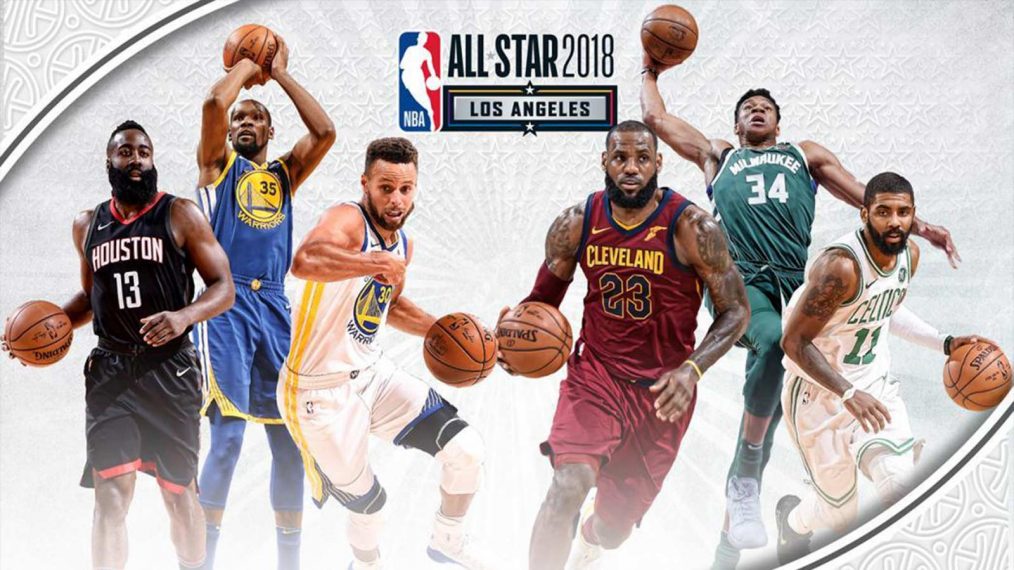 This year the game is being held in the Staples Center in Los Angeles and will include the Rising Stars game on Friday night, the Skills Challenge, 3-Point, and Slam Dunk contest on Saturday night, and will wrap up with the NBA All-Star game on Sunday.

The Rising Stars game held on Friday night will be between Team USA and the World Team, both made up of the best young talent that the league has to offer. Team USA includes Jaylen Brown, Donovan Mitchell, Kyle Kuzma, Dennis Smith Jr., and Jayson Tatum. The World team, which is equally as impressive includes Joel Embiid, Lauri Markkanen, Ben Simmons, and Bogdan Bogdanovic.

This game will be a great opportunity for these young guns to play during All-Star weekend, a place some of them will be frequenting the rest of their career. It will definitely be an exciting and fast-paced matchup. Although the World Team includes three teammates from Philly in Embiid, Simmons, and Dario Saric, Team USA is definitely more well rounded and in my opinion, has the more proven players.

Teammates Jaylen Brown and Jayson Tatum, who are averaging 14 and 13.5 PPG respectively, along with Donovan Mitchell who is one of the front-runners for rookie of the year 19.6 PPG, 3.5 Rebounds, and 3.5 Assists will lead the charge for Team USA.

Although the World team is extremely talented, I believe that Team USA will be too much offensively for them to handle and Team USA will win the Rising Stars game.

Saturday night of All-Star weekend is usually my favorite. The 3-point and dunk contest are usually very competitive and entertaining and gives the players a chance to have some fun competing while also keeping things light and fun. Honestly, one of the best parts is watching all the other players on the sidelines reacting to dunks like these classic moments:

Saturday night is also when the Skills Challenge will take place. This year boasts some impressive lineups for these three competitions.

For the most part this is an extremely talented field and any of these guys could take home the trophy, but my prediction is:

The skills challenge will be followed by the high energy 3-point contest. This contest has provided some of my favorite All-Star weekend memories like Larry Bird winning the contest in his warm up jacket. Typical Larry Legend move just completely disrespecting his competition hitting the final 3 shots to win.

This lineup is stacked, one of the Splash Bros., PG13 and Devin “70 points against the Celtics” Booker, this thing is going to be exciting. It’s almost too close to call and like the skills competition any of these guys could take it if they’re having a good day. I think it will be a Paul George and Klay Thompson showdown in the final round and the winner will be:

Rounding out Saturday night will be the Slam Dunk contest, always the highlight of Saturday’s festivities. We have seen some absolutely absurd dunks come from this competition. From Blake Griffin jumping over a car, to Vince putting his entire arm through the cylinder, to Nate Robinson clearing Dwight Howard, this one really gets the people going.

This years lineup will surely make up for the lack of excitement that the contest had last year. This years field includes Dennis Smith Jr., Larry Nance Jr., Donovan Mitchell, and Victor Oladipo. Four young studs with something to prove. This will surely be exciting like the Gordon-Levine matchup from two years ago.

I’m thinking we will see some real innovation here with this crew. These guys throw down harder in games than some people do in the dunk contest. Needless to say they better make sure that rim is extra reinforced because it is going to take a beating.

My prediction is this year’s winner will be:

Sunday will bring us the highly anticipated matchup between Team Lebron and Team Steph. This year the NBA decided to go with a different format than East vs. West in order to make the even more competitive. The top two vote-getters were selected as the captains and they subsequently drafted two teams from the rest of the all star selections.

Team Lebron looked like the early favorite to win, but thanks to a ridiculous amount of injuries in the past month of the NBA season, they have had four replacements. Bron’s squad consists of himself, Lamarcus Aldridge, Anthony Davis, Kyrie Irving, Kevin Durant, Russell Westbrook, Paul George, Goran Dragic, Kemba Walker, and Andre Drummond.

Talk about two absolutely stacked line ups. This new style allows players form the two conferences to combine forces and play together. I love the new format, we will see how it plays out, but it looks like its going to be extremely exciting and provide a new fresh look for All-Star Weekend.

One thing to look forward to is two reunions of former teammates on Team Lebron with LBJ and Kyrie, as well as Westbrook and Durant playing together again. The years of chemistry between them will surely be beneficial to help this team excel.

Steph has two of his current teammates Play and Raymond as well as KAT and Jimmy Butler from Minnesota. This could allow from some interesting and extremely fluid lineups for both teams come Sunday. Steph also has his conference rival and MVP candidate James Harden, who is having yet another fantastic season.

This game, like every other ASG will have a lack of defense and an abundance of offense. In the end, even with the injuries, I still think Team Lebron is the better team. My predcition:

One thing is for sure I am absolutely pumped for this weekend, it will definitely be one of the most entertaining and competitive All-Star Weekends in recent memory, can’t wait to see how it plays out.

Could the Price Ever Be Right for the Red Sox?
The Bruins Are Pushing For 1st Place
To Top