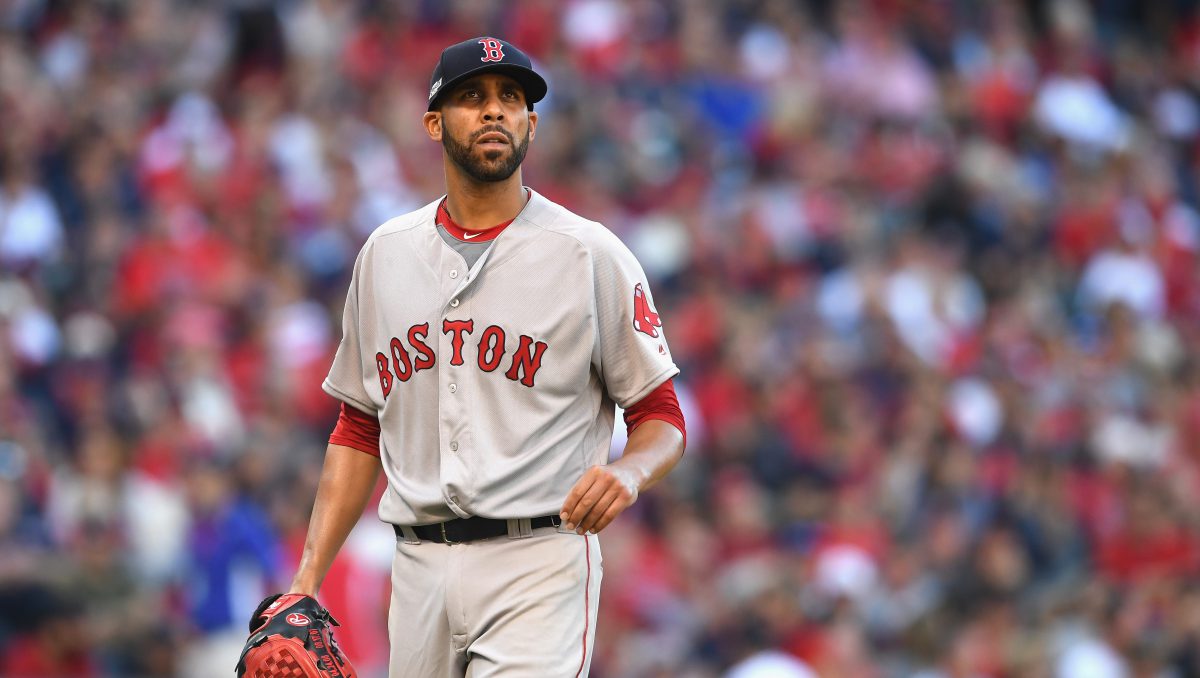 In December of 2015 David Price, the former Cy Young winner, MLB Strikeout leader, AL wins leader, 2x AL ERA leader, and 5x all-star penned one of the most lucrative deals in Baseball to pitch for the Boston Red Sox. Price would earn $217 million over the course of 7 years.

Talk about a chunk of change. This guy is the highest paid player on the Red Sox by a mile, making more than double what his counterpart, Chris Sale makes pitching for the same team.

During his time thus far with the Sox, Price has yet to live up to the hype and expectations that came with that monstrous contract.

Until this point, Price has primarily pitched in small markets that don’t have the pressures that come with playing in Boston. The city expects a certain caliber of player that is dominant and able to perform at a high level every single time they take the field.

Playing 6 years in Tampa aka Red Sox home field #3 (Camden is #2), there was literally no pressure because the Rays are a trash team who had one good season, with most of their success being provided by Price.

Tampa plays in a massive stadium with a capacity of 42,735 and an average attendance of 19,255 in 2012. That leaves about 55% of the stadium completely empty. This led to lights out pitching like his stellar performance in 2012.

Toronto and Detroit were not much better and Price stayed pretty dominant in his time there. In 2014 Price’s total record between Toronto and Tampa Bay was 15-12, going 11-8 in TB and 4-4 in Toronto. Similarly, he had a solid year in 2015 when he was traded from Toronto to Detroit, going 18-5, going 9-1 in Toronto and 9-4 in Detroit.

Price rocked a 2.85 ERA over the course of those two seasons while playing for three different teams. He also averages 248 Strikeouts and a 1.076 WHIP. This caught Boston’s eye and led them to believe the soon to be 30 year old would continue his dominance in a big market like Boston.

When he arrived in Boston the buzz immediately began and the bar was set astronomically high. When your cities major sports teams have won 9 championships over the course of 15 years (he signed before Super Bowl 51), there is a certain expectation of greatness and if you’re not great the fans and media will let you know about it.

Price’s first season in Boston really wasn’t terrible, but it wasn’t what he or anyone else had hoped for. going 17-9 over 35 starts with a 3.99 ERA, 228 strikeouts, and a career-high 106 runs, with 102 of them being earned runs. Not exactly the dominance the Sox had hoped for.

If it weren’t for the Red Sox high powered offense which included David Ortiz, Jackie Bradley Jr., Mookie Betts, and Xander Boegarts, he had plenty of run support to win some games that normally wouldn’t work out in his favor.

In 2016, the Sox finished first in the American League in Hits and runs and finished 7th in Home runs with a solid 208, with Ortiz being responsible for 38 of those homers in his final season. If it hadn’t been for that offense Price most likely wins 12 games and things would be looking a lot worse for the former Cy Young winner.

In 2017, we got a feel for just how much Price was struggling when the Sox offense fell off a cliff compared to the 2016 season. Losing arguably the most clutch hitter of all time left a Big Papi sized hole right in the heart of the lineup and it became evident that the Sox were not the same offensively without that power hitter to rely on.

Price, who had struggled with injury starting in summer months and would keep him struggling through the middle of September. 6-3 with a 3.38 ERA, a minuscule 74.2 innings pitched and a 1.192 WHIP, the second highest of his career.

As we know historically Price is a major bust when it comes to the playoffs carrying a 2-8 playoff record with an absolutely atrocious 5.03 ERA over 10 postseason appearances, including a 13.5 ERA in the 2016 playoffs. Yeah…not good at all.

Although there were some shreds of hope when he came out of the bullpen in the 2017 playoffs and was the only Sox pitcher who was able to tame the soon to be World Series champion, Houston Astros. During this series, he pitches 6 scoreless innings of relief and struck out 5 batters, but in the end, the Sox just could not match up with the red-hot Astros.

For his first two years, he was under manager John Farrell, who is quite possibly one of the worst in-game managers I’ve ever seen. Superb pitching coach, but Jesus Christ he is as bad as a manager as Price is as a starter in the Postseason.

This year the Sox brought in a new manager, Alex Cora. Former Sox player and a member of the Sox 2007 World Series Championship team. He also was an assistant on the 2017 WS Champion, Astros. Cora really understands the way the Red Sox want to be run and I believe he will make a huge impact on the organization and bring the Sox back to a place of being a top-tier championship-contending organization.

Among his on-field struggles, Price has had his fair share of off-field drama as well. During the 2017 season, Price got into a verbal altercation with Sox legend and broadcaster Dennis Eckersley while on the team plane. This was met with extreme criticism by the Boston media, who tore Price apart for his supposed lack of respect for someone so important to the Red Sox organization.

So far Price’s stint in Boston has been well below what the organization, media, and fans expected. When the Sox signed him to this massive 7-year deal there were tons of doubters and skeptics who didn’t believe he was worth the money. Thus far I would have to agree with those critics.

Here’s to hoping Price can turn things around in year 3 and reassert himself as a dominant pitcher in not only the American League but the entire MLB.