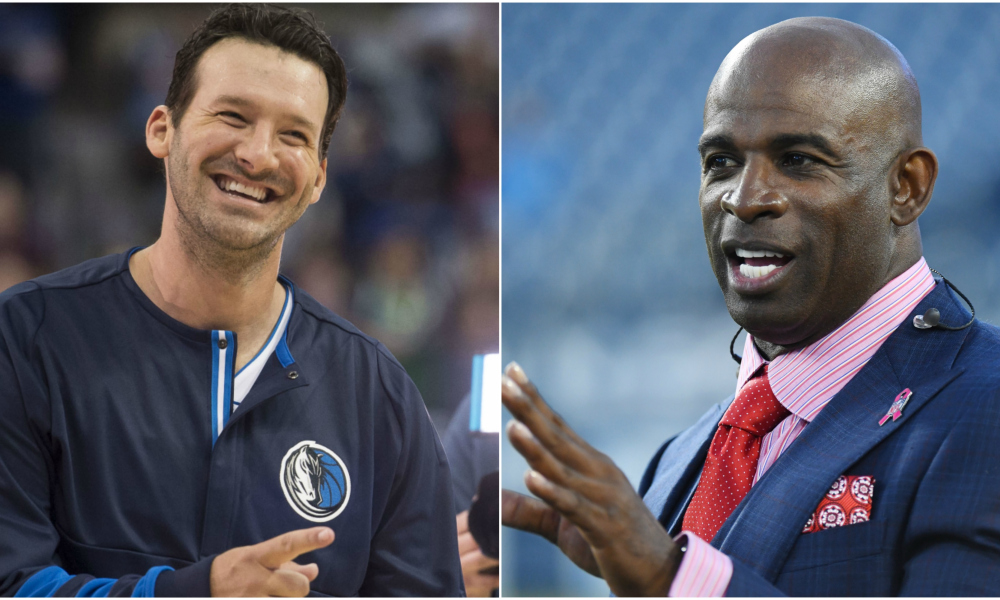 I think its pretty easy to see whats going on here. Tony Romo has begun his new career as a broadcaster and he’s actually been pretty good at it. He’s been praised for the most part by the fans. General sentiments have been good. Tony Romo isn’t really used to this type of praise. You know with the whole not coming close to winning a Super Bowl as the Dallas Cowboys starting Quarterback thing. Tony has let the praise go to his head a little bit. Getting a little too trigger happy with the shade. Tony clearly didn’t think this one through. Maybe it was subconscious, but if you’re Tony Romo and are going to take a dig at any player, Dion Sanders has GOT to be near the bottom of that list. If not dead last.

Dion Sanders is the king of trash talk. He practically made it famous. A widely accepted emotional, marketable aspect of the game. Now that Dion has been retired sometime, it can be easy to forget his greatness, but he’ll never let you forget how brash he is. So who was right? Neon Dion, of course. Romo poked the bear. He trash talked the trash talker and he had to sit back and take the consequences. Some truth had to be laid on Romo. Dion was merely putting him back in his place. Reminding him the proper pecking order, within the Cowboys organization and the NFL.

You wanna talk about Dion Sanders sub-par tackling abilities? Well then guess what, he’s gonna come ruin your entire world. Sticking the pins and needles exactly where they sting most. He’s like a trash-talking voodoo master. A Voodoo master that is nowhere near the high road and has no interest of ever traveling on it.