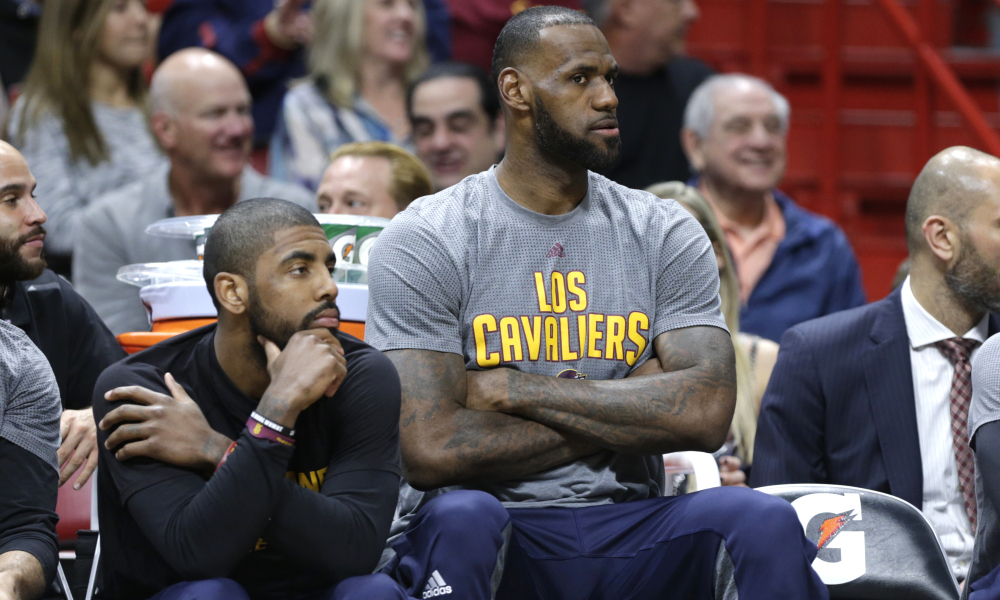 LeBron James, the king. The king of sending out cryptic social media posts. LeBron threw out this uncreative post late Monday night. Normally there’s a period of “What the hell LeBron talking about now” But nope, today, he got found out real quick and the internet’s reactions were priceless. Then again, what can you expect when you throw out some lame Instagram post like that right after the girl who walked out on you, Kyrie Irving, is in the midst of tearing it up for your biggest rival. Twitter and Instagram did not let King James get away with this one. Check out some of the reactions below:

Like your ex just posted that sexy bikini shot on the gram, now she got you thinking…

This would be PEAK predictable LeBron.

It’s November 6th 2017 and LeBron James is using Arthur memes on Instagram. What a world we live in.

The unfortunate world which has been created and he helps maintain.

Oh, also both LeBron and JR Smith liked this video of Kyrie dicing up the Hawks tonight 🤔🏀😜 pic.twitter.com/Mog4zQY7GZ

No, Isaiah Thomas, we don’t need you to “handle anyone.” I’m honestly not even sure you could “handle” Arthur and he’s damn child cartoon character

He doesn’t know how to do it any other way…

Hold up hahahahaha Lebron just posted this with “mood” as caption pic.twitter.com/8G8kK1pHwo

While Kyrie might be having the last laugh now, we all know how this song and dance turns out. LeBron will average a quintuple double come May and the Cavs will ride their way into the finals again. Through an even weaker Easter Conference at the top than last year. There’s only one thing that can prevent that and it’s a real serious concern. The Kardashian Kurse. Ever since Tristan got together with Khloe, not many things have panned out for Cleveland. They got annihilated in the NBA Finals, then traded Kyrie Irving for Isaiah Thomas, now Khloe is pregnant, The Cavs are off to a terrible start and Tristan Thompson himself was just sidelined by injury for a month plus. LeBron might have gone to a million consecutive finals, but the Kardashian Kurse is quite literally undefeated. Like an immovable object collides with an unstoppable force. One’s gotta give.