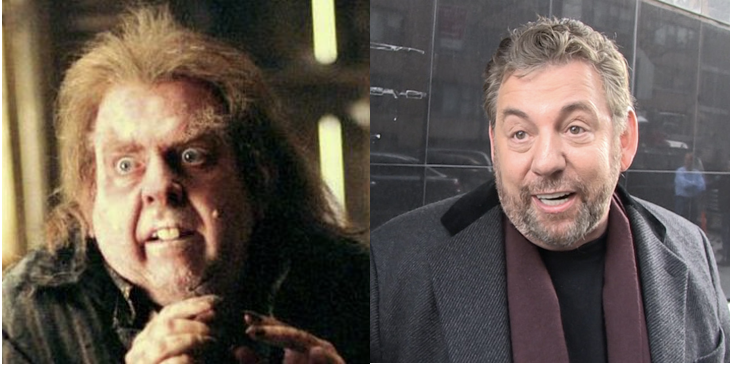 Why Charles Oakley earned his seat in The Garden — and James Dolan never did. @WojVerticalNBA video essay pic.twitter.com/vna34vTYJl

WOJ BOMB ALERT!!! My Lord, this was incredible from every angle. There is NO ONE better at reporting the NBA than Adrian Wojnarowski. NO ONE. If someone tells you different that’s simply their way of telling you “I have no idea what the fuck I’m talking about” That being said, Woj so eloquently as he does, DESTROYS James Dolan on both a personal and professional level. First, he touches upon the difference between Oakley and Dolan. Oakley, “a true American success story”, Dolan, a trust fund baby who inherited all his father’s money, business empire and team, but none of his knowledge success and respect. While Dolan was partying with his father’s money in his father’s house in the Hamptons, Oakley was working his way to the NBA and eventually to ten years trying to bring a title to New York.

He next explained how weak, petty and easily influenced Dolan is. Dolan, as you would expect from a skilless trust fund baby, is weak-minded, holds grudges and his beach ball shaped body is filled with insecurities. Have you seen the guy? I don’t blame him for being insecure. Dolan since taking over almost 17 years ago has delivered constant failure to Knicks fan. Woj attributes this to his bad judgment of people, his poor business acumen, his lack of respectability in any forum and his ring of “henchmen” he surrounds himself with. “Yes men” to stroke his ego, cause we all know without his father’s money the only way that rat face fuck is getting anything stroked is with his own right hand.

Now that we know James Dolan, the owner, but more importantly, the man, here is an updated video of the Oakley incident, showing the seconds before all the previous videos.

This video proves Dolan is lying and Oak Tree is telling the truth. We see Oakley shoved to the ground by MSG security WELL before he starts to get violent himself. All the while, bearded beachball Dolan is sitting there as if nothing is going on. Give me a break, like oh you didn’t happen to hear 20,000 people oooooing and ahhhhing? How anyone could have believed the guy who looks like the transformed rat in Harry Potter is beyond me. Then again, any real Knick fan never did, we know better, Oakley earned his place on that court, in that building and in the hearts of New Yorkers, Dolan didn’t, can’t and never will, no matter how much of Daddy’s money he has.