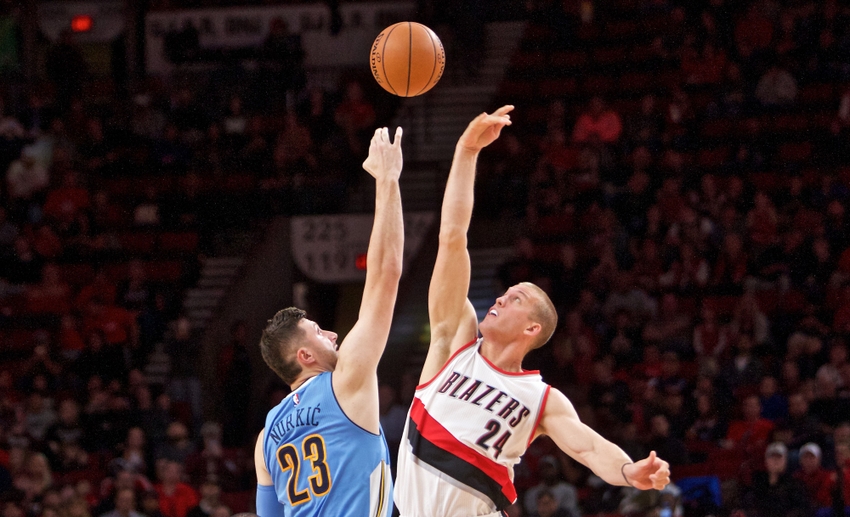 With the trade deadline looming, under two weeks away, the Denver Nuggets aren’t wasting any time. The Nuggets traded center Jusuf Nurkic and a first round pick today to the Portland Trail Blazers for Mason Plumlee, a second-round pick, and cash. The trade comes as a surprise to many but being that Plumlee will become a free agent this offseason, the move makes sense. The Blazers were unable to secure the skilled big man on a long-term extension this offseason and are currently 23-31, sitting one game behind the Denver Nuggets for the eighth seed in the Western Conference. Following a respectable fifth place finish in the Western Conference last year, Denver’s 2016-2017 campaign has been a huge disappointment, to say the least.

Plumlee is quietly having a very good year in spite of the Blazers struggles, in fact, he’s putting up career bests in points, rebounds, and assists. Averaging 11.1 points, 8 rebounds, and 4 assists per game this year and still only 26 years of age Plumlee is due to get paid this offseason. The Nuggets could be just the team to do it, with a team full of young players and void of big contracts. As of now, Danillo Gallinari is owed the most money at just over $15 million per year and is their highest paid player. In fact, the Nuggets only have about $77 million on the books this year making them the team with the lowest payroll in the entire league. Yes, even less than the pitiful Brooklyn Nets. The Nuggets now have two of the most skilled young big men in the game with Plumlee and the up and coming Serbian, Nikola Jokic. “The Joker” as they call him is only 21 years old and can essentially do it all. What I love most about him is his passing averaging over 4 assists per game and rising, his basketball IQ at such a young age is scary.

Jokic dethroned the Nuggets starting center coming into the season, Jusuf Nurkic, who is no slouch in his own right. Nurkic a young bruising player also just 22 years old has upside and time to further develop his game now with the Blazers. The problem in Denver was having the two of them split minutes as they both are primarily centers and have had trouble playing together. I can’t blame them either with the way teams are going towards more small ball having two traditional type centers on the court together presents a huge liability defensively guarding stretch fours. The Blazers get Nurkic as well as a Memphis’ 2017 first round pick from Denver, but is only top five protected. The trade could potentially give them three first round picks in this year’s draft but the Blazers are essentially caught in between rebuilding and competing now. The blazers are great on paper, but paper doesn’t win you games. They have one of the most talented backcourts with the dynamic Damian Lillard and crafty C.J. McCollum, it’s a shame they are essentially going to waste.

The Nuggets now look primed to grab hold of that eighth seed and should be one of the up and coming teams of the future with a young nucleus now consisting of Mason Plumlee, Nikola Jokic, Emanuel Mudiay, Gary Harris, and Jamal Murray. While the Blazers and their fans are left scratching their heads of what direction they’re going in as it appears they’re in the gray area. Yuck.